[dropcap]I[/dropcap]’ve just returned from my umpteenth trip to New York City, but this is actually the first time I’ve gone on my own and had full control over my own itinerary. This made me realize I’ve never really sat down to organize the city in my mind! I’ve always had one or two things that I wanted to do and was never there more than a day or two. Having nearly a week to fully explore actually left me a little overwhelmed! Since I did sit and write everything down, I thought I’d share my own quick guide to New York City. 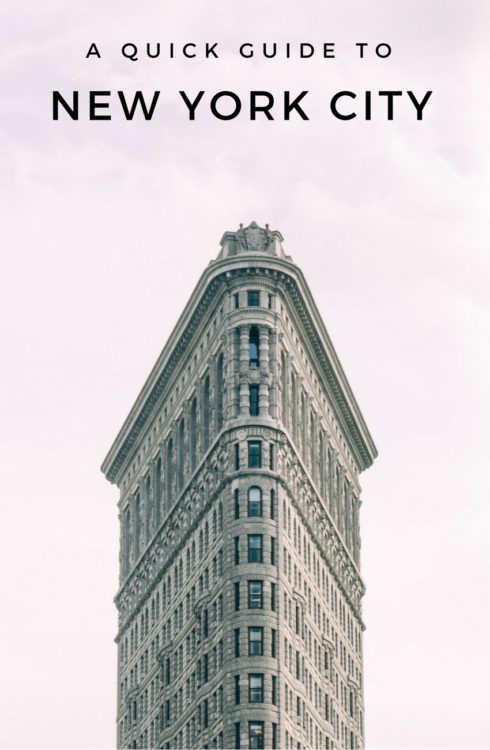 New York City is in the Northeast region of the United States. It’s at the southern tip of New York at the mouth of the Hudson River and is split into five smaller boroughs. It’s about two hours away from Philadelphia, PA and a little less than four hours from Boston, MA and Washington, DC.

I mean, who hasn’t heard of New York City? With so many popular television shows and movies set in the Big Apple, you’ll find even the most random people will know about NYC. Heck, my elementary school students in the countryside of Korea who know about two words of English know about New York.

As the most populous city in the entire United States, NYC is both a national and global capital across the board. Whether it’s fashion or finance, you’ll find many recognizable names with New York addresses. Here are just a few of the popular (okay, my favorite) stories set here. 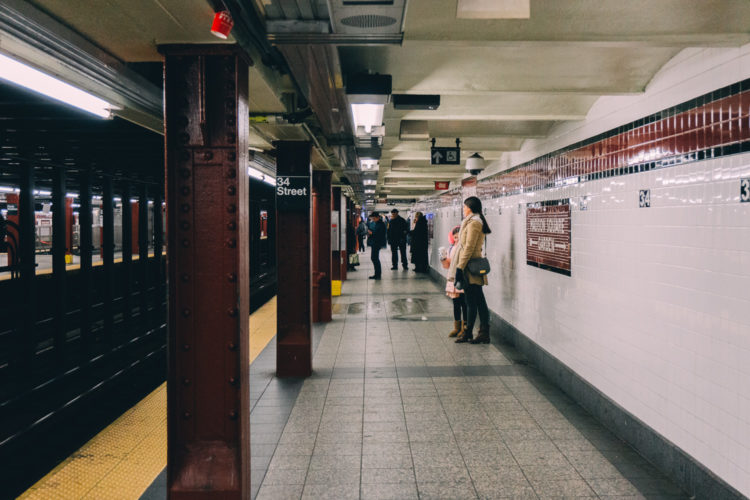 Movies: Brooklyn, The Intern, Breakfast at Tiffany’s, How to Lose a Guy in 10 Days, The Big Short, How to Be Single, Winter’s Tale, The Wolf on Wall Street, The Great Gatsby, Rent, New Year’s Eve, 13 Going on 30, Uptown Girls, Remember Me, Nick and Norah’s Infinite Playlist, Definitely, Maybe, 27 Dresses, P.S. I Love You, Enchanted, Catch Me If You Can, Center Stage (check here for the full list!)

When should you go?

If you don’t mind the typical seasonal weather, there’s never a bad time to visit NYC, and you’ll always find a reason to go. Whether it’s catching a new Broadway show, outdoor events in the summer, some book signing, the entire holiday season…

How is the weather?

The weather is one of the biggest reasons why I’m not too keen on ever living in NYC long term (that and the cost of living compared to other cities with international airports). The winters are brutal, and on top of freezing temperatures, you get the wind tunnel effect because of the tall buildings. Summers are incredibly humid, and walking around the city will probably reduce you to a sweating mess after thirty minutes. I can’t even imagine what the subway stations are like.

Spring and fall are by far the best seasons.

How do you get there?

There are a number of ways to get to NYC. While it’s possible to drive to and into the city, it’s not a particularly pleasant experience. You’re much better off taking a bus, plane, or train.

The bus is by far the cheapest way. Since I normally go when I’m in Philadelphia, I take either the Megabus or Boltbus up. I personally prefer Boltbus based on my two most recent experiences.

Megabus will drop you off at 7th Ave and 27th St and departs from 34th St, between 11th and 12th St. (If you’re plugging something into Google Maps or Uber, just drop your pin at 34th St and 11 St.)

Boltbus has two drop-off locations at W 33rd St, between 11th and 12th Ave and 6th Ave between Grand and Watts (again just drop the pin at 11th or Grand St).

There are two main airports. John F. Kennedy International Airport (JFK) is for, well, international flights while LaGuardia Airport (LGA) is used for domestic flights. Both airports are near Queens, so check here for how to get to wherever you’re staying.

Amtrak is the most popular train system to use in the States. I’ve only taken the train maybe once or twice, and I honestly don’t remember much (the bus really is so much easier). The two main stations are Penn Station and Grand Central Terminal.

Top 5 Things to Do in New York City

There are far more than just five things to do in NYC, but here are the five obvious ones that you’ve probably seen or heard of the most. 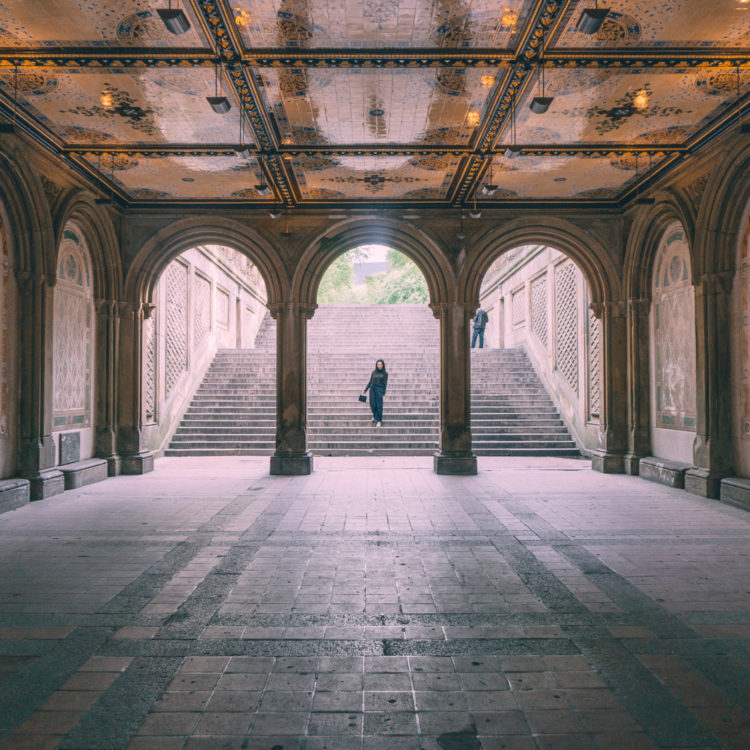 Central Park is one of the most famous areas in the whole world. It’s nearly 800 acres and sits right in the middle of Manhattan. If you pull up a map of Manhattan on Google, that giant rectangle of green is Central Park. There’s plenty to see, but the big two I looked for were Belvedere Castle and Bethesda Fountain.

Isn’t Fifth Avenue used in just about every shopping montage in every movie and television show ever? Walk along the street and see just about every big brand you can ever imagine finding in one area.

I feel like when you look up “touristy attractions,” the image of Times Square lit up has to pop up right next to it. It’s as chaotic as it sounds, and while you probably won’t feel the need to visit again, it is worth seeing in person at least once.

This is definitely one of the most expensive things to do unless you manage to pick up one of the cheaper seats early. Nothing quite beats a broadway show, and if I was a rich New Yorker, I feel like I’d make this my main weekend activity. My first trip to NY was actually to see Grease with my mom as a birthday present. It was right after they aired “Grease: You’re the One That I Want” looking for the new Danny and Sandy, and we were pretty excited when our favorites won. Since then I’ve only been once more to see Chicago.

If you’re going soon, check out Anastasia! It’s one of my favorite animated movies ever, and it’s so exciting seeing it come to life from just the few video clips I’ve seen. 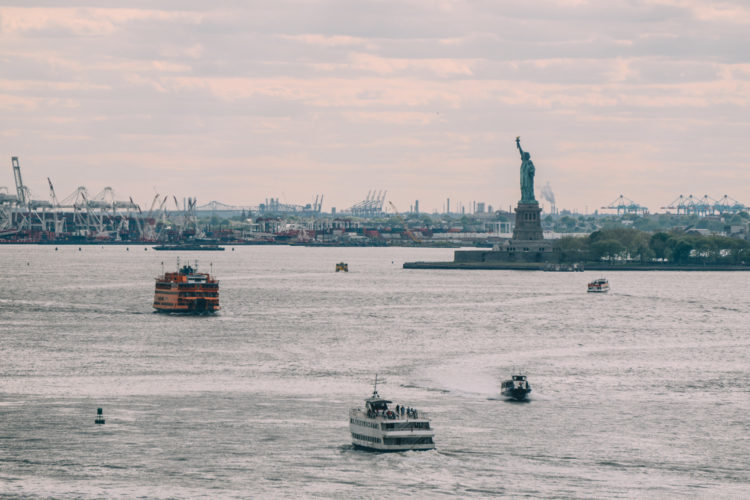 For a more historic approach to visiting NYC, head over to the Statue of Liberty and Ellis Island. This is still on my list to do!

Ellis Island is where most of the immigrants coming to America entered through, especially from Europe, while the Statue of Liberty, of course, doesn’t need much of an introduction. You can visit both via Statue Cruises. If you only want to see both areas instead of physically visiting them, head to the Brooklyn Bridge or take a ferry to Staten Island from Battery Park.

Where should you stay?

It’s pretty easy to get around all of NYC with the subway. You’ll probably want to stay somewhere in Manhattan as most of what you’ll want to see will be here.

I really liked the Fairfield Inn & Suites near Midtown (book it here). It’s pretty central, and my friend and I got a deal for $100/night with breakfast included.

You can also check my guide on where to stay in New York City for more tips.

In terms of safety, I’ve found NYC to be no safer or more dangerous than other big cities. If you take the subway at night, get off at more popular stops or Uber/taxi home. Always look like you know where you’re going, and watch your belongings when you’re in more crowded areas. Also if someone catcalls me, I honestly just ignore them and keep going. You can always pretend you don’t speak English ;).

Money-wise, it’s the U.S. Dollar. Don’t forget taxes, so the price on your menu or on the tag will never match what you actually pay. And don’t forget to tip your waiters! At least 15-20%. Eating out is super expensive in NYC, so expect to pay at least around $20 but closer to $40-50 at sit down restaurants.

That’s about it! Let me know if you have any other questions about NYC. I have a monster list of things to do in the city coming soon. 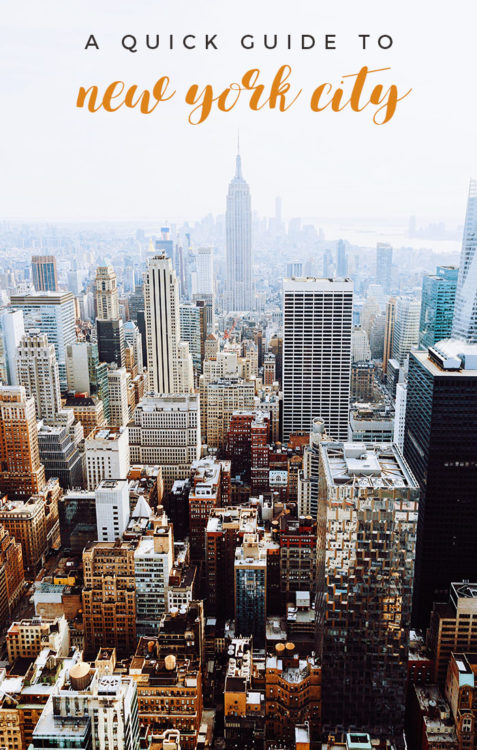