There was a sense of absolute relief the minute we opened the car doors and felt a breeze we’d been sorely lacking in Paarl. Lynsey was taking me to her second home in South Africa, a beachy resort town along the Western Cape known as Langebaan.

If I were to blindfold you and put you in Langebaan, you’d have a hard time believing you were anywhere in Africa. The whitewashed buildings, crystal clear bay, and influx of European visitors is more reminiscent of southern France or the Greek islands. If anything, it reminded be of summer vacations to the Outerbanks in North Carolina.

We were only staying overnight as Lynsey would be back in a few days for the school year, and I’d be off to the next leg of my South African trip. I had only been in the country for about a week, traveling with Lynsey around Paarl, Stellenbosch, and other more southern Western Cape towns. Since it was the beginning of January and thus the middle of summer, the weather was incredibly hot. Paarl, situated in a valley or sorts, was perhaps the hottest.

We were both pretty eager for the promised ocean breeze in Langebaan and were not disappointed when we began to unload Lynsey’s car and head into her apartment. She immediately opened her back and front door to allow the wind to course through the whole area, and we both sat on her daybed to enjoy the cooler air.

Since Lynsey had already been living in Langebaan for a year, she knew exactly where she wanted to take me. Hungry from our drive, we headed to a Gateway Fisheries, a local fish and chips shop, for some takeout. While we sat back at her apartment to dig into the greasy, salty goodness, she gave me a small rundown of our surroundings.

Langebaan is a quintessential beach town. Everything is a little (or a lot, depending on who you ask) slowed down, and, according to her boss, it’s one of the safest places in South Africa. You can take a nap with your backdoor open and feel perfectly at ease. While summer vacation brings families from around the country, and parking lots are suddenly packed with families and Shark’s Bay is full of windsurfers, it transforms back into a sleepy town the rest of the year. 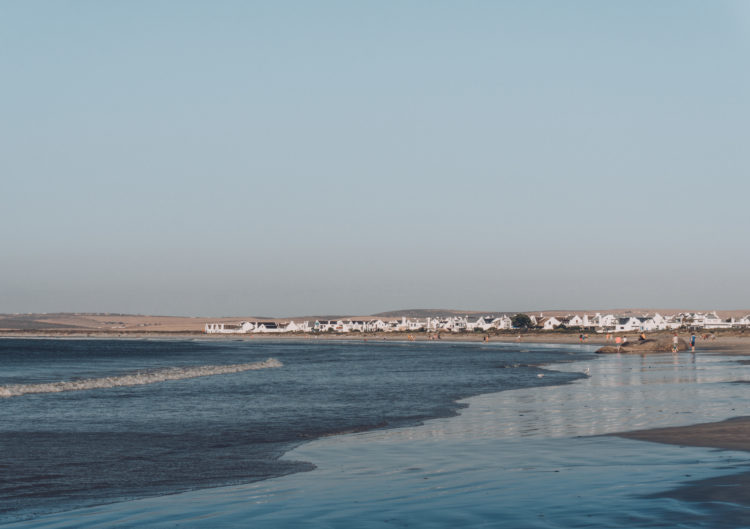 We were there at the end of peak season. It was the last week of school vacation, and finding parking anywhere was proving to be much more difficult than we thought (and it was too hot even with the breeze to walk ;)). We decided to leave Langebaan for the afternoon and head to an even sleepier town full of fisherman cottages, Paternoster. We drove straight to the beach along the bay and enjoyed golden hour taking photos and collecting random seashells (which we then later abandoned). While we were definitely not alone as a number of families were having fun too, it was definitely a bit more peaceful than Langebaan. 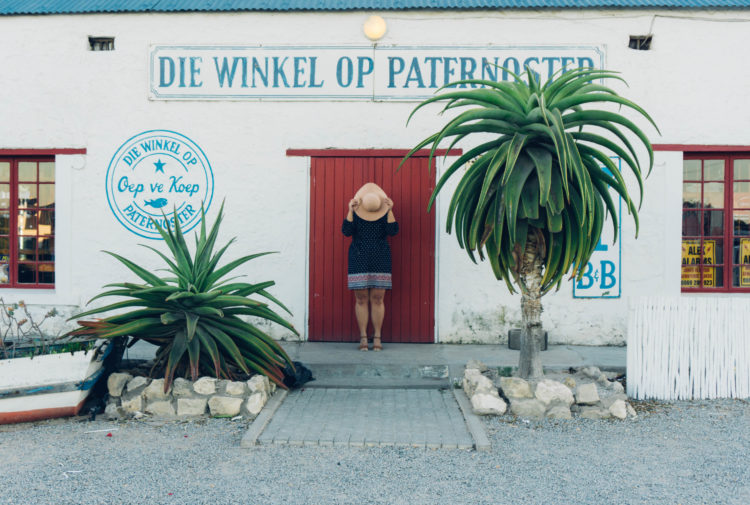 On our way back, we chased the sunset to Jacobsbaai (Jacob’s Bay). Lynsey’s grandmother once called the area home, so she knew exactly where to go to catch the most beautiful view.

The next day, we decided to get an earlier start and check out some of Langebaan’s more famous landmarks. We went straight to Club Mykonos, a resort area inspired by Greece. We decided to grab breakfast, walk around, and enjoy the unique twist on their Greek-inspired apartments. There’s a stunning view of the resort from the lighthouse, where you can see the buildings extend into Saldhana Bay. 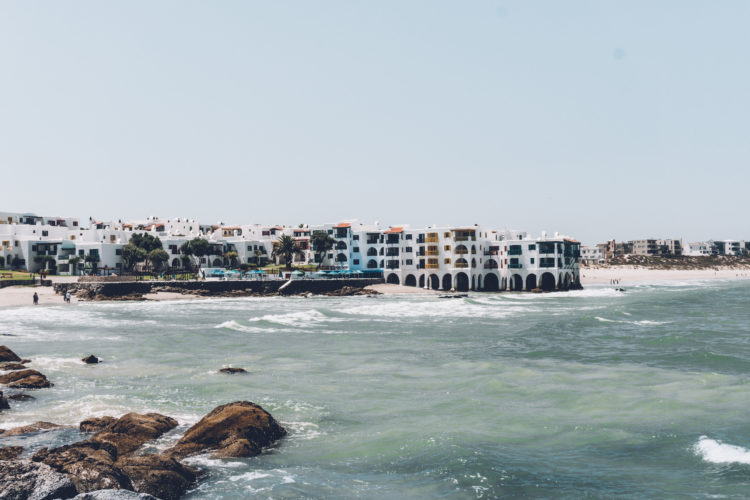 We then drove over to Shark Bay to see all the windsurfers taking advantage of the windy weather. Shark Bay is seriously gorgeous with a shade of blue I’ve never seen before. It was fun watching all the windsurfers (something to potentially try in the future), especially when they managed to get up particularly high. 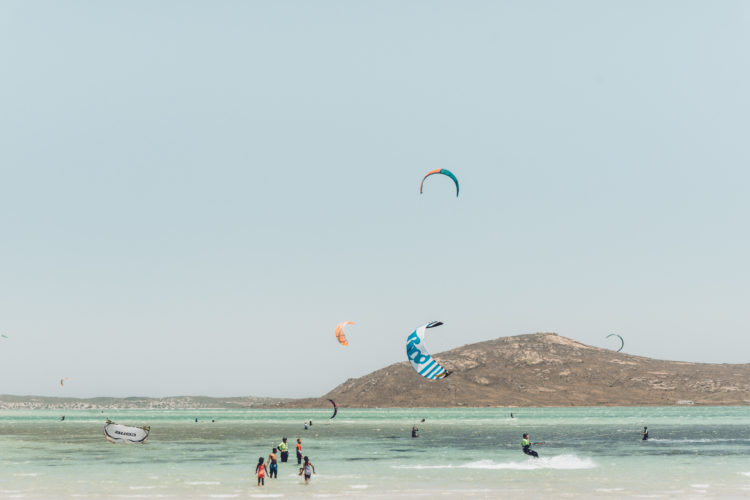 After we walked along Shark Bay, we headed back to Lynsey’s apartment and hung out for a bit before driving back to Paarl later that afternoon.

All in all, I thoroughly enjoyed the trip and I can see why many prefer to escape here during their vacations. I told Lynsey even before we left that I wanted to come back during low season for a mini-retreat. It’s the perfect place for a bit of a digital detox, so pack a book or a journal while you slow down and enjoy the scenery.

LOGISTICS NOTE: You’re going to want to rent a car in order to get to Langebaan. We drove from Paarl, but you can easily drive there after landing in Cape Town. It’ll be about an hour and a half drive through pretty much nothing, so stock up on snacks and make sure to use the bathroom before you go! 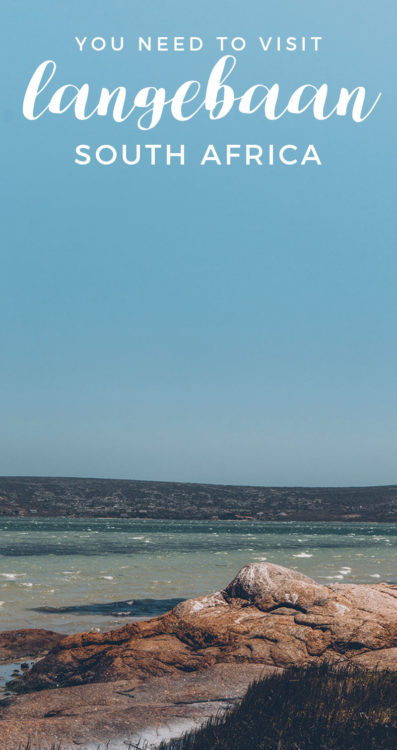