A third generation Angelino, Elissa is a true-blue local to one of California’s most famous cities. Both of her grandfathers were born and raised in Los Angeles, and her father works as an architect Downtown. She has also had the benefit of moving away four times, to San Diego, Washington DC, Madrid, and Seoul. Because of this, she’s been lucky enough to have developed a wonderful insight into her hometown. I had to have her sit down and provide her own local guide to Los Angeles! Trust me, there’s a lot more to this city than Hollywood! 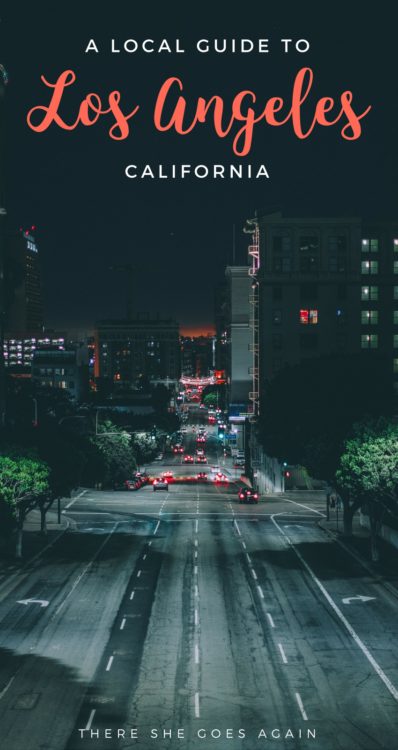 I grew up going to this donut shop after church and the fact that it is frequently considered one of the best donut shops in the country doesn’t surprise me. They are known for their seasonal fresh fruit (like strawberry and peach) donuts. Also, the donuts are almost always fresh! My favorite is the Tiger Tail, a long, twisted glazed donut striped with chocolate.

French food and LA? Not something you hear often but this place is an institution. I originally heard about it from my grandpa who grew up next to the owners. It originally started out as a hotel restaurant in 1927 run by a third and fourth generation French family. The current location has been around since 1962 and the restaurant is celebrating its 90th Anniversary! They also serve cassoulet which is my favorite French food and is so hard to find outside of southern France so it’s a keeper in my book for that alone!

Another favorite of my grandpa’s especially since the owner was a school friend of his. Established in 1923, the first El Cholo (then the Sonora Cafe) opened near the Coliseum and has since expanded to six restaurants around the LA region.

This is on the list mainly because of the ambiance. They serve basic (although pricey) American food and seafood but what makes this place special is it’s right on the beach. The outdoor patio area has tables in the sand and many of the indoor booths have front row ocean views. The restaurant is also on the same beach where they shot the film Gidget. I recommend coming here for lunch the same day you visit the Getty Villa since they’re about 25 mins (by driving) from each other.

You can’t come to California without going to In-N-Out. There’s also a “secret menu” (*that list doesn’t include the Neapolitan Shake for those who can’t decide between a strawberry, vanilla, or chocolate milk shake).

Established in 1908 and claims to have created the “French Dipped Sandwich” in 1918. Philippe’s was a favorite of my other Angelino grandpa. I love the ambiance and history of the restaurant, with its communal seating and set-up in an old machine shop. 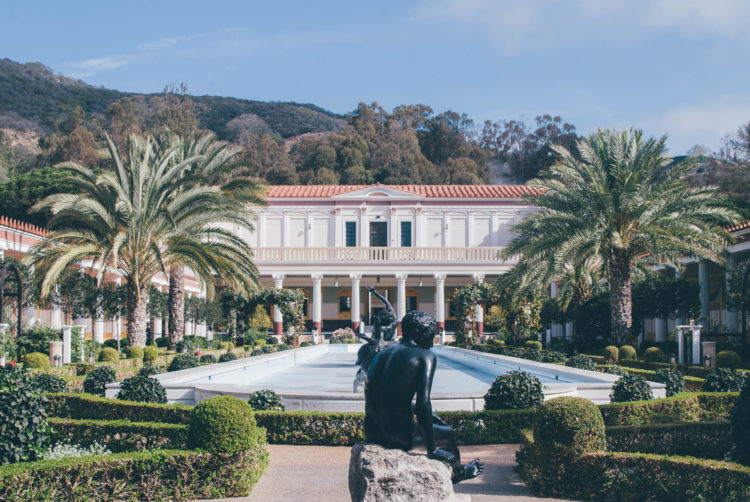 Getty Villa is my favorite place in LA. The sister Getty Center is also amazing but the Getty Villa is special. I love the fact that the museum is designed to house the art and artifacts as they would have been displayed at the time they were made. The drive along PCH (Pacific Coast Highway) to get there and the museum cliffside views of the ocean also doesn’t hurt.

This Mexican marketplace, known as the “birthplace of Los Angeles,” and a great place to learn more about the history of Los Angeles. I have many fond memories of taking the train to downtown and visiting Olvera Street with my grandparents. Definitely, check out the Siqueiros Mural and its fascinating story.

If I settled anywhere, it’d be in Pasadena. It has everything, great restaurants, museums, hiking, and culture.

LA is very casual so you can wear whatever you want and no one will care. Angelinos wear athletic gear as normal clothing so if you want to blend in just wear workout clothes everywhere.

Two big misconceptions about LA that people don’t realize: how hot it actually is and that it does get cold! LA has two seasons: Summer and “Winter.” In summer, August to pretty much December is hot hot hot. August and September are “humid” and temperatures can get to over 100°F/38°C. In May and June we have May Gray and June Gloom which means it’s cloudy, cool, and drizzly in the morning and warm or hot in the afternoon. In winter, it can be 80°F/27°C during the day but drop to 40°F/4°C at night so dress for summer during the day but bring a jacket and wear pants when the sun goes down. It also tends to rain (not a lot) in October, December, and February.

Also, the Greater LA Area is huge so the climate definitely changes based on where you are. Closer to the beach is cooler and more temperate, while inland has more drastic changes in temperature (e.g. the temperature dropping in December from 80°F/27°C to 40°F/4°C day to night).

Don’t even bother making fun of Angelinos over the weather, they really don’t care because it’s beautiful year round, and will laugh back at you because others have to deal with snow and humidity. However, you can make fun of them for how they handle rain. That’s fair game!

You’ve probably heard of the Grove because your favorite celebrities stop by here on occasion (I’ve definitely seen Mindy Kaling tag herself here on Instagram). It’s great for shopping your favorite brands, but the real highlight in the Farmer’s Market. It has a ton of different food options!

Does this need more of any introduction?

Favorite Touristy Things to Do

While the Getty Villa’s art focuses on the ancient world, the Getty Center is a more traditional art museum. It has art from all eras including some by Monet and Van Gogh. However, the design of the museum and garden is reason enough to visit, along with the views of LA.

In case you didn’t know, the water off the west coast is cold, almost too cold (I didn’t know beaches could be warm until I took a geography class). However, once you are in the water long enough to go numb (I’m totally serious), it’s bearable. I find the water to be most endurable in late July and August.

My favorite beach is Zuma in Malibu where you can literally swim with wild dolphins. It’s also pretty clean and very beautiful.

If you like baseball definitely check out a game at Dodger Stadium.

If you’re going to be in LA during the summer (June-September), look into seeing a concert at the Hollywood Bowl, an outdoor amphitheater. An added bonus is you can bring food in and have a picnic. If you are attending an LA Philharmonic concert you can also bring in wine and beer. Concerts range from the LA Philharmonic to contemporary artists.

One of my favorite places to hike is Malibu Creek, State Park. The Park is gorgeous and has everything, hills, ocean views, waterfalls, etc.

My best LA moment happened as I was leaving the Korean Consulate and someone immediately started asking me for directions in Spanish. A moment like that, to me, defines LA. This city, since its founding, has been made up of various cultures living side by side and blending into one another.

Walking down the street and seeing a Korean restaurant on one side and a Mexican restaurant on the other is totally normal. There’s a reason kimchi quesadillas and bulgogi tacos are a thing.

It’s not just Korean and Mexican culture that blend together, growing up I encountered so many different cultures that while visiting Hong Kong and Japan I was reminded of home. Even the LA Metro Notice of Civil Rights sign at each metro station is in ten different languages. So when coming to LA prepare to not only encounter different cultures but cultures that are a mix of many others. 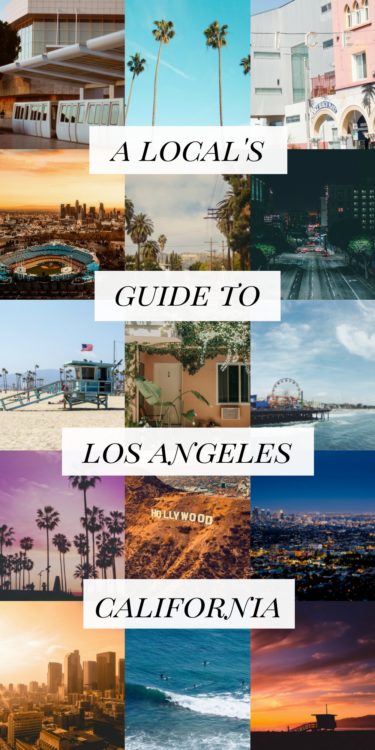