A cluster of five smaller mountains, each named for a different element, the Marble Mountains in Da Nang are a must-see. Here’s how to visit!

One of the things my friend and I wanted to make sure we did while staying in Hoi An was to take a morning to visit the beautiful Marble Mountains we’d seen photos of. We hired a driver to take us from our hotel and spent the morning wandering around this beautiful place!

They’ve been a place of Buddhist worship for centuries, with some of the statues dating back 400 years. They’ve also played a role in Vietnam’s history from its beginnings.

If you believe the Cham legend, it was formed from a dragon egg. More recently, it played a significant role in the Indochina War and the Vietnam War.

Despite being joined by a crowd of other tourists, there’s a certain air of mystery to the area, something that only a long history can bring. The various caves, with centuries-old Buddha statues hiding within, the different pagodas built among limestone, and the beach background let a visitor know what kind of stories these mountains could tell.

We were woefully unprepared for visiting them, only giving ourselves ninety minutes and going mid-morning instead of early or later. We only made it to Thuy Son Mountain, the largest of the five by a landslide. Even then we lost track of each other as we wandered off to different nooks and peaks.

I’m laying down a guide below so you know exactly what you’re looking for while visiting and don’t short yourself on time as we did! Definitely give yourself longer than 90 minutes! 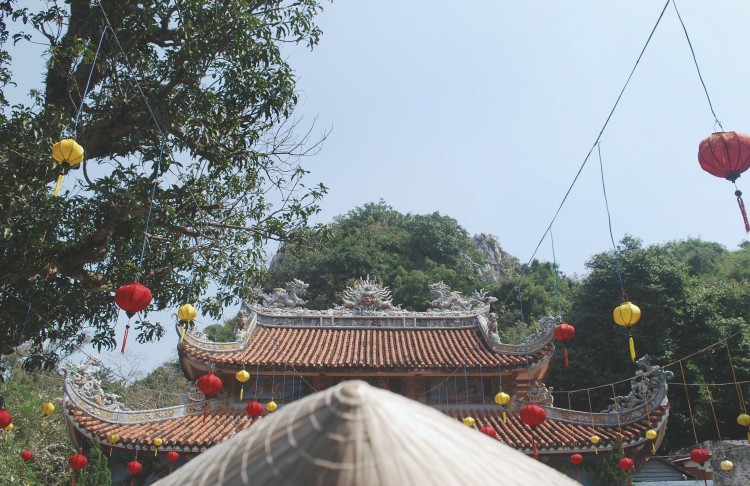 Thuy Son is by far the largest with the most concentration of visitors. Filled with caves and pagodas and various view points, it’s easy to get lost in the middle of all the crowds. There’s an elevator to get to the top or you can just climb up (it’s not that bad!). Over all there are two main gates, two big view points (Vong Giang Dai and Vong Hai Dai), a few pagodas (Tam Ton Duong, Chua Tam Thai, and Chua Linh Ung), and numerous caves (Dong Hoa Nghiem, Dong Huyen Khong, Dong Linh Nham, Dong Van Thong, and Tang Chon Cave) to explore.

On Nui Tho Son, you can find Long Hoa Pagoda.

On Kim Son Mountain, you can find two pagodas, Quan Am and Thai son as well as Quan An cave. 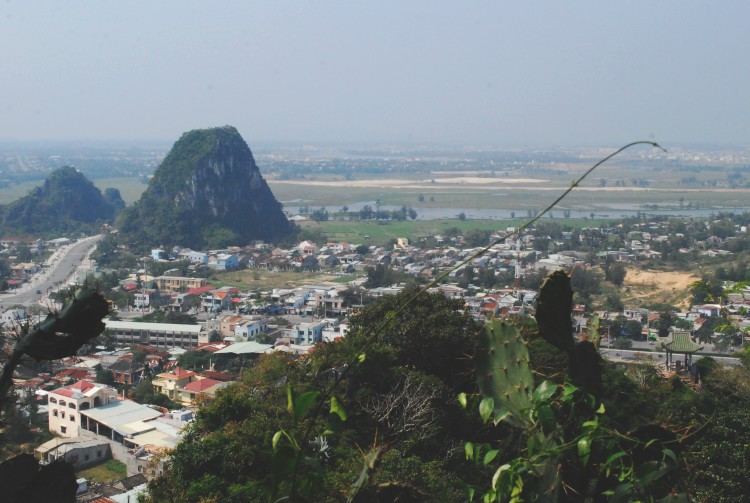 Nui Moc Son is actually the only one of the five mountains to not have any pagodas or caves. 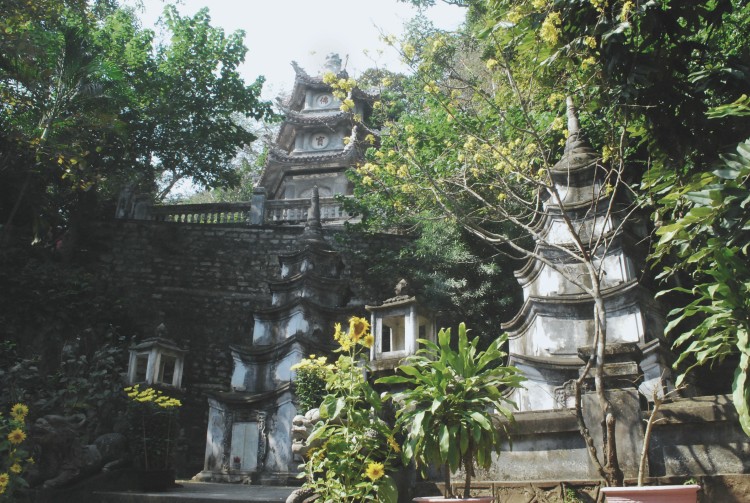 Have you been to the Marble Mountains? I think next time I visit Vietnam, I’m definitely spending more time in Da Nang over all!