I feel like you can’t talk about travel to Vietnam and not talk about Halong Bay. Considered one of the wonders of the world, any photograph you may see of it leads to this breathtaking, almost mystical feeling. Off the northeast coast of Vietnam, it covers over 1,500 square kilometers and has close to 2,000 limestone islets and islands peppering the blue waters. You’ll also see colorful floating villages where people build a prosperous livelihood off the bay. Because Halong is so protected and relatively uninhabited, there’s an incredible peace to the whole area. It’s a far, far different experience than bustling Ho Chi Minh or nearby Hanoi. While there are different ways to access the bay, none of them particularly easy or straightforward, Michelle and I chose to stay on Catba Island and do one of the day tours from there. 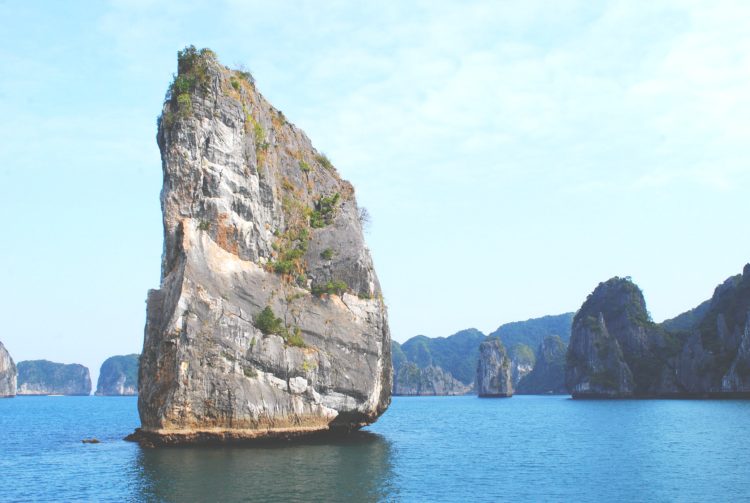 The whole day was incredibly relaxing since we left at eight in the morning and returned around five. It definitely started out chillier and cloudier. However as the day progressed, the sun came out. By the time we were on our way back, we got a beautiful sunset to send us off. During the day we had the options of going kayaking (which we both failed at incredibly) and swimming (it was a bit too cold and neither of us brought our swim suits). We were also with about 15-20 other people, including a very lovely couple from Israel who were in the middle of their post-army travels and a guy from Sweden who was in the last leg of his Southeast Asia trip.

Cruising around Halong Bay was definitely different from Island Hopping in Thailand. While Island Hopping is a little faster-paced and more energetic, cruising around the bay was much calmer. Definitely do not skip exploring Halong. It’s one of those places that’s popular for a good reason, and there’s something quietly energizing about the experience. 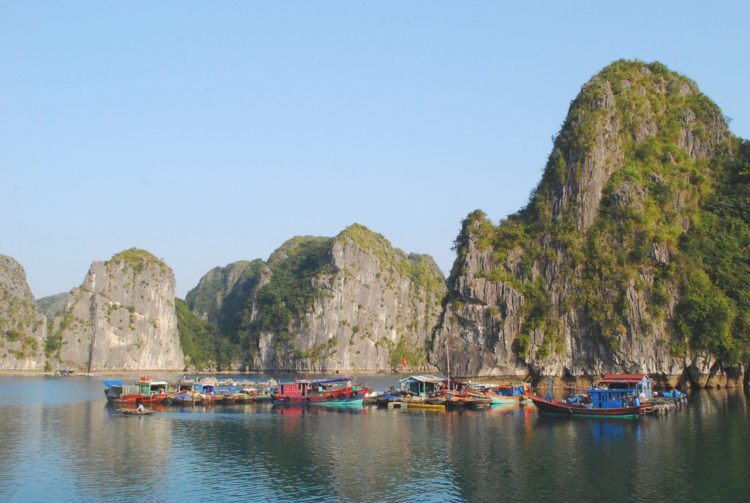 Have you been? What did you think of your experience?