After a little over two weeks traveling around the Western Cape, I made my way to Port Elizabeth in the Eastern Cape. While it’s possible to turn the Cape Town – Port Elizabeth route into an elongated road trip, I was by myself and hadn’t gotten my international license yet to drive a car, so I opted to fly. I was going to Port Elizabeth to visit my friend, Ros, for a few days and explore a whole different area from where I’d been so far.

Luckily, Ros is one of the best planners I’ve ever met. Combine that with the fact she had grown up in PE, I was able to see and do a lot while visiting. Port Elizabeth isn’t often talked about to outside visitors, which is a shame because it’s such a charming city with so much in and around it. 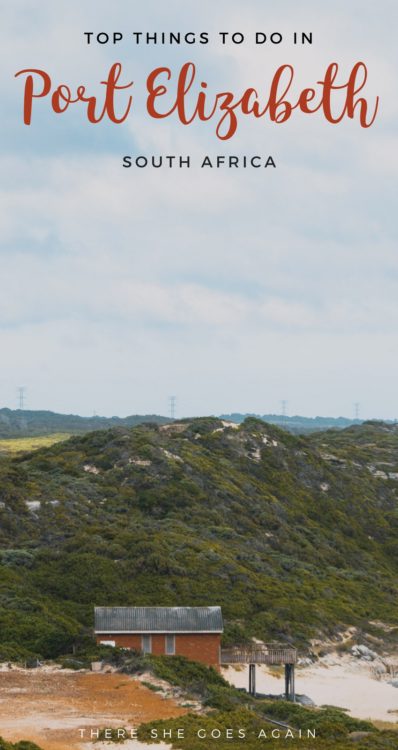 Although it’s one of South Africa’s largest cities, it’s also considered one of its friendliest (and windiest). Historically, it’s been home to the ancestors of the San hunters (also known as the Bushmen), who were then displaced by the ancestors of the Xhosa tribe. The city as we know it today was settled by the British, first during the Napoleonic wars to protect it from the French, and more permanently between the late 1700s and early 1800s. It’s named after the Acting Governor of the Cape Colony, Rufane Shaw Donkin’s wife, Elizabeth.

While the city itself has undergone various changes over the decades, as has most of South Africa, it’s definitely on the up and up. Even Ros and her mom were surprised during our walking tour just how much the downtown areas had improved in recent years. It really is an ideal city to visit considering it’s so close to the bay and has played such an important role in South African history.

Top Things to Do in Port Elizabeth 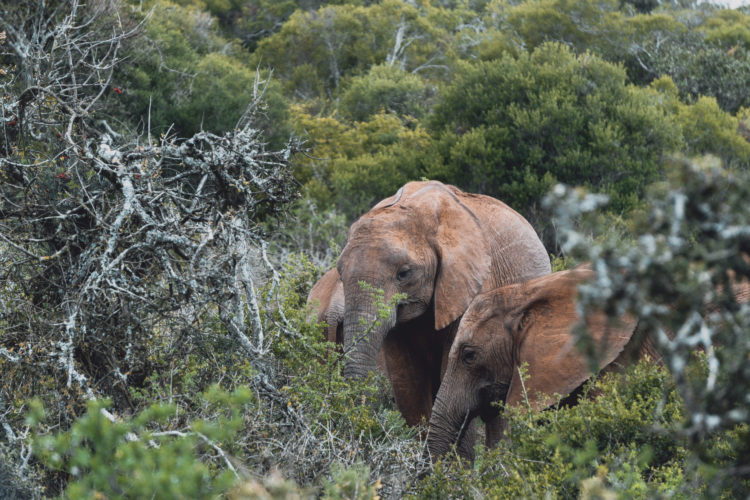 The absolute top thing you must do is visit Addo National Park! If you’re an elephant lover, know you’re just about guaranteed to see at least one little guy roaming about. You can easily spend a whole day here, so pack a lunch and enjoy the views. 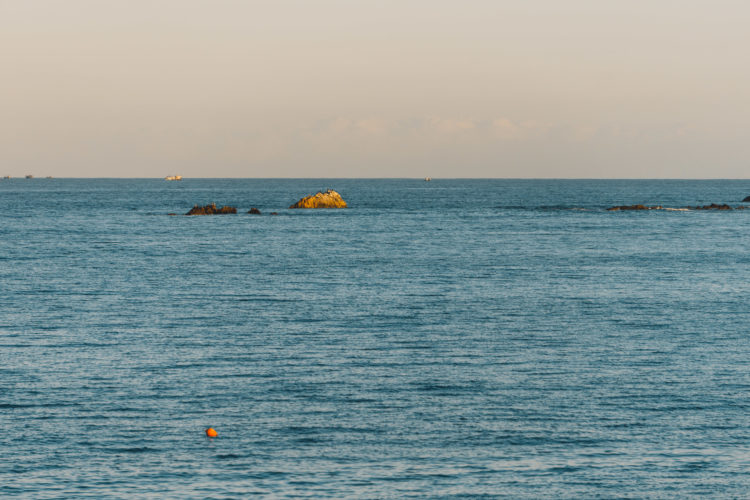 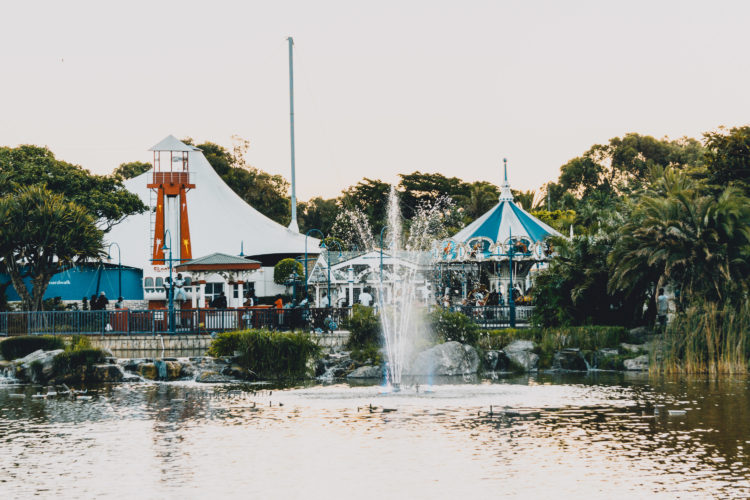 The Boardwalk was one of the first places we went to after I arrived. It’s right on Hobie Beach and full of shops and restaurants. We then made our way over to Shark Rock Pier to watch the sunset. While we only went for an hour or so, you can easily turn it into an afternoon at the beach. 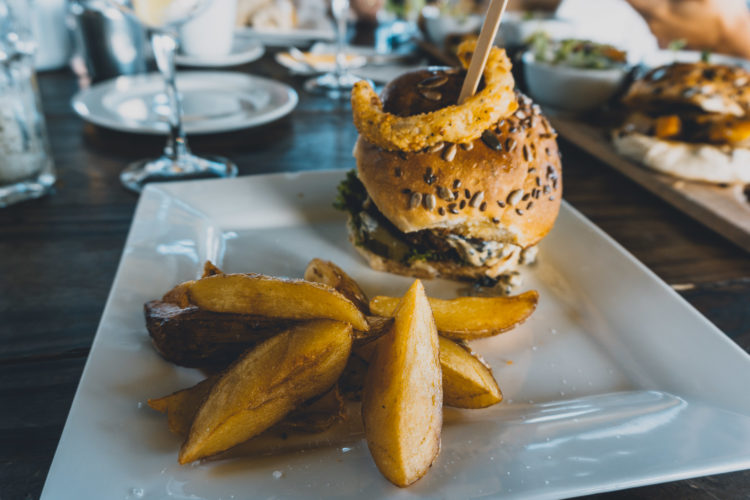 I saw Grass Roof Restaurant listed on Travel Start Blog while I was researching things to do in Port Elizabeth and thought it sounded like an interesting place to eat. Ros agreed, so we went with her mom for lunch. The restaurant promotes healthy, organic living, and the food is downright delicious. If there’s one place you eat in PE, it’s here. Also pick up some snacks from their bakery section too! 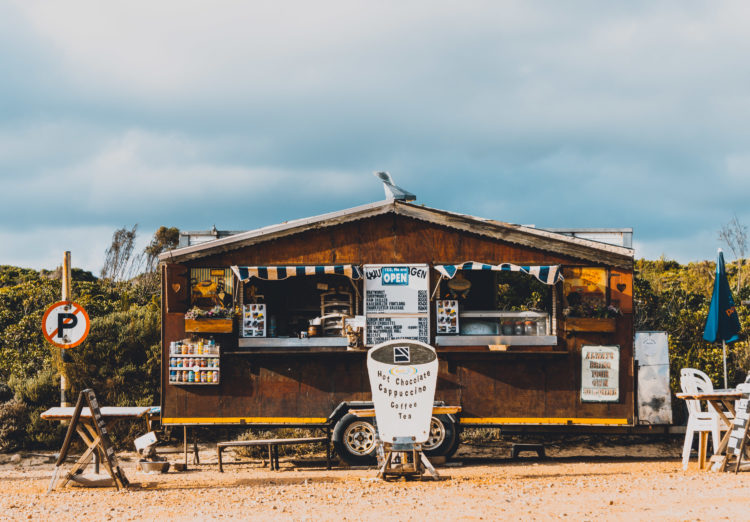 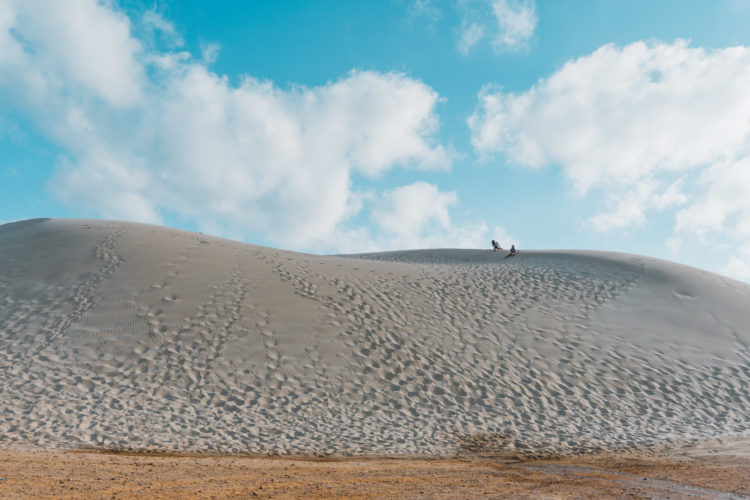 Want to enjoy this bay and beach? Well, you’re going to have to work for it! Over the last few years, the entrance to Sardinia Bay has been overtaken by sand dunes. This means former staircases, parking lots, and even some parts of the road are now under huge hills of sand. In order to access the beach, you have to quite literally climb over the steep dunes. It’s a glute workout, and it was quite windy when we went, but I have to say some of my favorite shots are from Sardinia Bay. 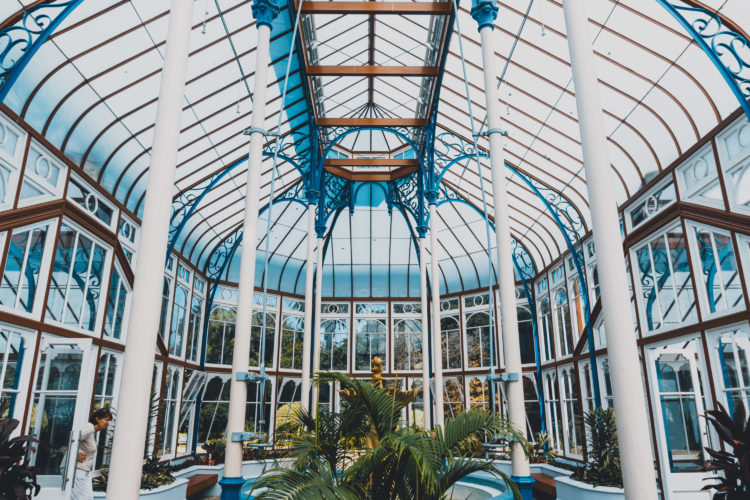 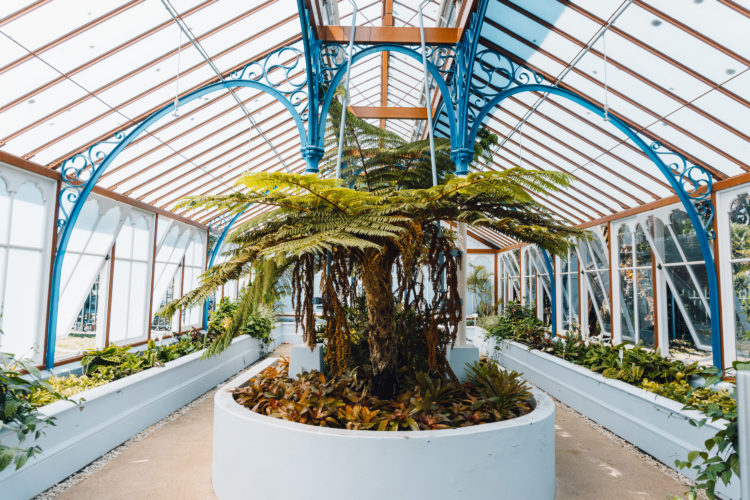 Created to cultivate exotic plants, Pearson Observatory was built in 1882. It’s such a beautiful building! We were a bit wary of walking through St. George’s Park, but it wound up being fine in the middle of the day. There was a pregnancy photo shoot going on, a couple on a date, kids running around… Just be careful traveling towards the end of the day and, as always, watch your purse.

Do a walking tour of downtown Port Elizabeth.

Port Elizabeth has such an interesting history, but a lot of it isn’t really written down for the cursory visitor. Even Ros and her mom discovered a lot of new things on our walking tour, and they’re locals! Our guide was incredibly enthusiastic about PE’s history and future as a travel destination. He knew all these anecdotes about the different places we visit and even had a few connections to get us into some buildings. Here are some of the places he showed us:

Cathedral of St. Mary the Virgin

This Anglican church might feel like a Catholic one on the inside. Founded in 1824, it didn’t open until 1832.

This reddish building is unmistakable as you’re walking by. It’s considered the oldest example of Victorian Theater in Africa. Since it’s built on the grounds where public executions were once held, you might just find yourself face to face with a ghost on the inside!

The Campanile was actually closed for repairs when we visited. It’s right by the docks and the entrance to the railway station. Built from 1920-1922 to commemorate 100 years since settlers arrived in PE, it has 204 steps and is perfect for views of the city. Route 67 starts here. 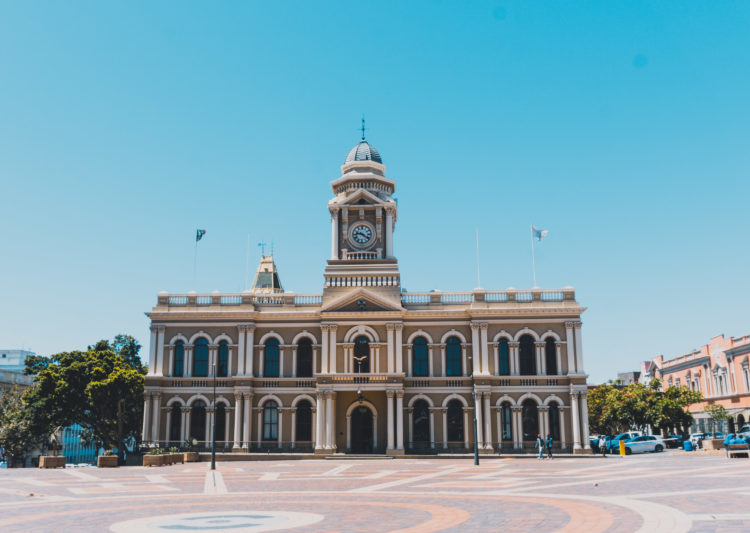 At the head of Market Square, this beautiful building is still in use as a city hall.

The Feather Market Centre was once the main building for trade, specifically ostrich feathers, in the 1800 and 1900s. It’s now used for concerts and conferences.

Prester John is apparently a mythical king/priest who discovered South Africa with other Portuguese explorers.

The Old Harbour Board Building

One of the best examples of Art Nouveau architecture in South Africa, it’s unfortunately been out of use for the last few decades. While you can enjoy the outside, the inside is forever blocked off.

This gorgeous Victorian-Gothic library is right near Market Square and dates back to 1835. Right in front of the library is a statue of Queen Victoria from 1903. 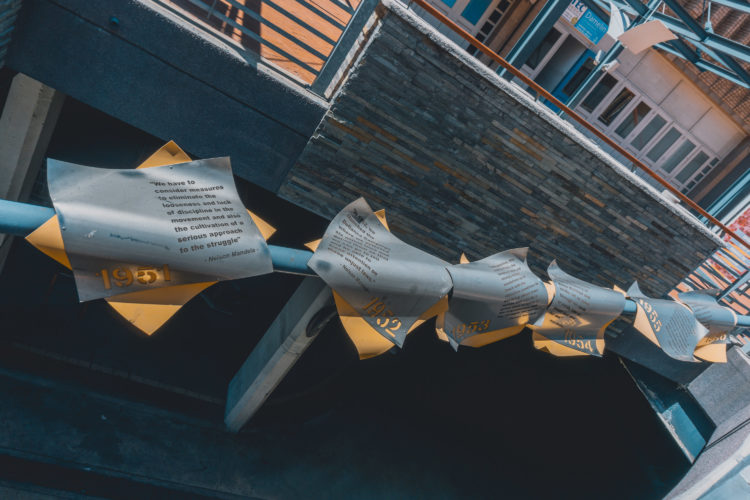 Route 67 is a series or art pieces that celebrate Nelson Mandela’s 67 years of work dedicated to ending apartheid. Starting from the Campanile through Vuyisile Mini Market Square and ending in the Donkin Reserve. There is a page design with a Mandela quote on each. Within the reserve, you can then climb 67 stairs and see the murals which represent the changes in South Africa’s history. Read more here

This open space is great for sitting and enjoying a view of Port Elizabeth stretching out to the bay. The main feature is the Stone Pyramid Monument, which Donkin dedicated to his late wife, and the Lighthouse built in 1861.

I’m definitely missing a few things as I only spent a few days in PE and in the Eastern Cape in general! Have you been? What would you add to the list?