[dropcap]F[/dropcap]riendships on their own can sometimes feel difficult to manage let alone maintaining them when there’s distance. Ever since my two best friends moved to Texas in fourth grade, I’ve seen many of my friendships either grow stronger or slowly fade away. Whether it’s as simple as graduating high school or deciding to teach English across the world, I’ve been through it all. Here are some of my own experiences in maintaining long distance friendships as well as some tips for you as well.

A Quick Note on My Friendships

Before I go into this, you should know, I’m pretty awful at keeping friendships in general. Most either end in an intentional drifting apart or on pretty rotten terms depending on how dramatic things get. I never want to feel like I’m more invested in a relationship than the other person, so if I start to get that sense, I started putting in some distance.

A lot of this is because, as an introvert, I internalize a lot of my feelings and frustrations until they spill over, and a lot of it is simply incompatibility over time. Once in a while, it’s because they date my brother and things go sour :p.

As I’ve gotten older I’ve tried to communicate better, but sometimes it’s not worth the effort or my attempts don’t seem to have any impact.

That said, I’d say I’ve done a pretty good job keeping the friends I do have. Whether I’ve known them since middle school or met them in college and abroad, I like to think I have a pretty secure network that generally cares about me. 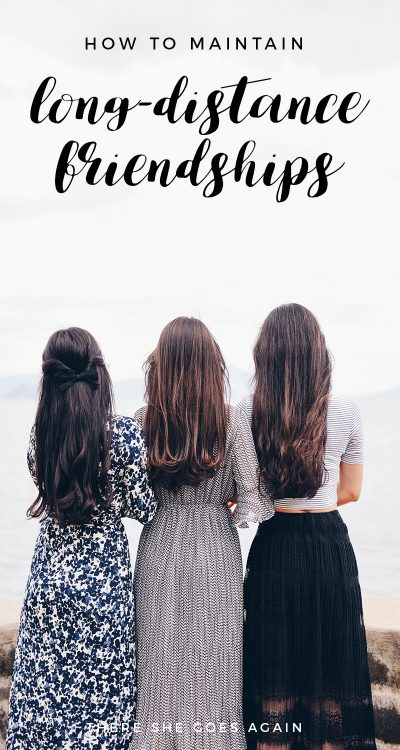 Okay, so here are my actual tips on maintaining friendships when you don’t get to live nearby or have class together five hours a day. Truthfully, no, it’s never going to feel the same as having someone who’s right there all the time, but it doesn’t have to feel like an impossible hill to climb either.

Trust me, I hate how much I use Facebook. If I could, I’d delete the whole thing and never look at it twice. It’s just way too much information about the world and about other people. I have friends who say they delete the app or stay off of it because it starts giving them genuine anxiety.

However, Facebook is how I stay connected with people around the world. All my friends in Korea comminucated via FB Messenger, and that’s how we still keep in touch today. Calling and international texting can be expensive (when not using the same service) and unreliable (especially when I switch SIM cards so much). Also, most people don’t have Viber or Whatsapp on their phones, and most people are pretty loathed to download more apps than necessary. Facebook Messenger, though, is free and most people already have it.

If you look through my group text with my closest friends, it’s mostly me talking. Sometimes I just need to vent, and I vent to them. Alternatively, they’re not nearly as open via texting. They both admit they’re horrible at communication when the person isn’t right next to them while I’m the one who literally runs an online blog as part of my living.

Our communication is by no means perfect, and it’s taken me a little while to accept that we communicate differently, but the same level of care is still there. Plus, I know, the minute we’re all in the same room, it’s like no time has passed at all. 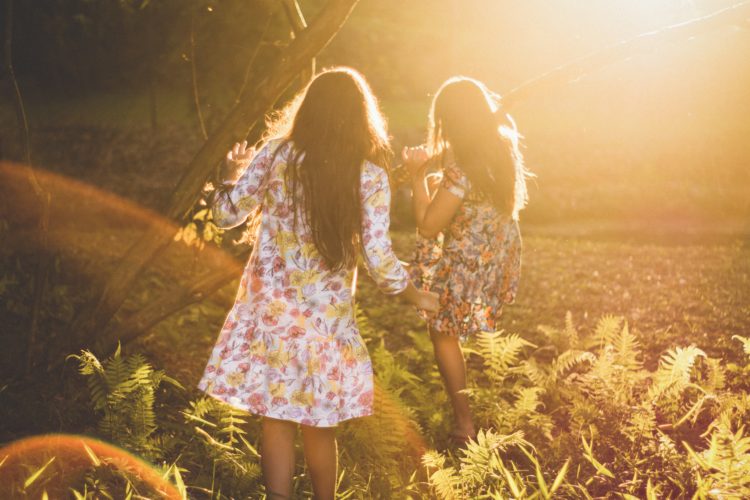 Often you have to initiate hanging out when you’re home.

Your friends have gotten used to you not being in the picture, so they’ve also gotten used to making plans or doing things without you. That’s just life. I was gone for two years, and I didn’t see my big in person the whole time. Of course, I wouldn’t expect the same out of her as I would when we lived near each other in college.

If you want to hang out, message them to meet-up. Make plans unique to you both. I got my big and my little to sign up for our first half-marathons, and it was a great day. Remind them you’re no longer a 24-hour flight away.

Of course, you can’t always be the one initiating hanging out or making plans. Especially if the other person cancels a lot for generic reasons. Often, I’ve just put the ball in their court and left it up to them to schedule our next hangout. More often than not, in the last 10+ years of friendships, that person never bothers getting back to me, and I know it’s best to just let us drift apart.

This works both ways. Birthday texts. Instagram throwbacks. Little care packages or gifts. Or just anything that fits your friendship. My little just gave me my birthday present from two years ago, and it was filled with the most thoughtful things. It doesn’t even have to be that in depth. Posting an IG when a picture pops up from when you both had bad haircuts goes a long way!

Of course, the other extreme is flying and hanging out in person, but flights are pretty expensive, so I wouldn’t expect that to happen a lot! Remember you may love travel, but that doesn’t mean everyone does.

Get over your FOMO.

Listen, living abroad comes with sacrifices just as any decision does. I missed plenty of birthdays, graduations, and wedding festivities because I’ve been abroad. That’s just a part of life. However, if you sit there on Skype or Facebook and feel FOMO every day, you’re doing yourself a total disservice.

Understand the levels of friendship and how this might change.

Sometimes people aren’t going to be besties forever, and you’ll drift into just friends or acquaintances. It happens! If you don’t mind that you’re not as close as you were when you spent every day together, then that’s great. If you aren’t okay with that, then see what you can do to change things. 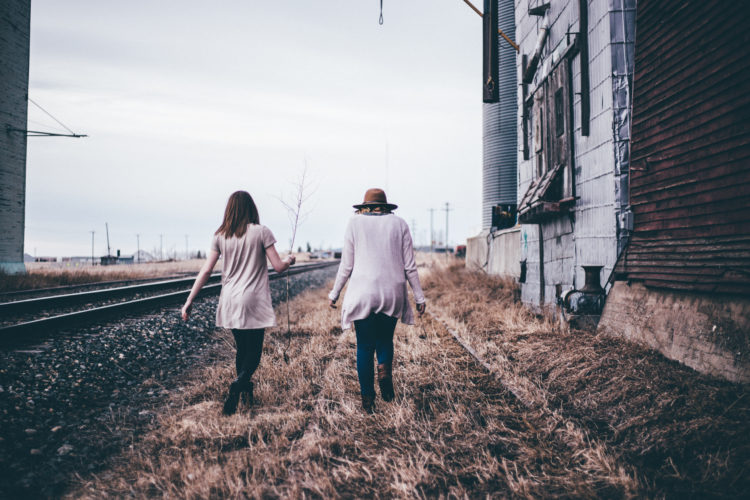 Know when to let go.

A lot of friendships aren’t built to last, and that’s just a fact of life. If you had told me I wouldn’t be particularly close to any of my friends from my middle school swim team, I would have laughed in your face. We knew all about each other’s crushes, other friends, body issues, and deepest, darkest secrets. What do you mean we’re not still best friends?

But we’re not, and that’s that. We’re not on bad terms, and if we see each other out, we’re immediately happy to stop and chat, but something tells me we’re not going to be huddled in the locker rooms giggling over the silliest things ever again.

It’s important to let friendships go and to appreciate the happy memories even if they were more unhappy in the end. I still remember visiting a friend in Ireland with fondness, and we most definitely will never be friends again. I laugh at some of the silly things my sorority sisters and I got up to in college even if I haven’t talked to them since graduation. Friendships ending can easily be very bitter, but you don’t have to let them be.

And that’s about it! Let me know, are you still friends with the same people after traveling a lot or moving abroad? Have you made new friends since?

P.S. Shout out to my friends still with me now!

P.P.S. These photos are from Unsplash, not actual photos of my friends. :p