One of the top things to do in Seoul whether you’re with family or friends is the Hongdae Trick Eye Museum! Here’s all you need to know about visiting as well as guides to all the other cool exhibits in the same building.

The Hongdae Trick Eye Museum is something I’ve seen recommended in just about every Korea and Seoul travel guide ever. It’s one of those fun, quirky things almost all of my expat friends have taken their visiting friends to over the years.

And I’ve never been.

I know. How? Well, that’s kind of the problem. I’ve never had anyone visit me in Korea from abroad (*cough* *side eyes* all my friends and family *cough*) while most of my expat pals have. This means they’ve instantly taken their friends to the museum, and sometimes they’ve been more than once. The museum is a lot of fun, don’t get me wrong, but of all the things to do in Seoul, I wouldn’t want to keep going over and over either.

And stuff like the Trick Eye Museum or Loveland in Jeju just really aren’t that fun when you’re by yourself!

So I’d never gone until a recent weekend when I happened to be in Seoul at the same time Stacey’s friends were visiting, and all our schedules matched up. Since it was pretty humid in Korea, and I spent Saturday outside at Pride and they spent it at Everland, we were more than happy to have a full day inside with that sweet, sweet aircon.

Anyhow, here’s what to expect at the Hongdae Trick Eye Museum! Just a warning, there’s some NSFW photos below. You’ve been warned!

First and foremost, you should know the Trick Eye Museum has a number of other exhibits all in one building. In addition to the museum itself, there are:

You’ll also want to download the TrickEye Museum app if you want to see the fun features. It does burn through your phone battery, so make sure you have a charger! 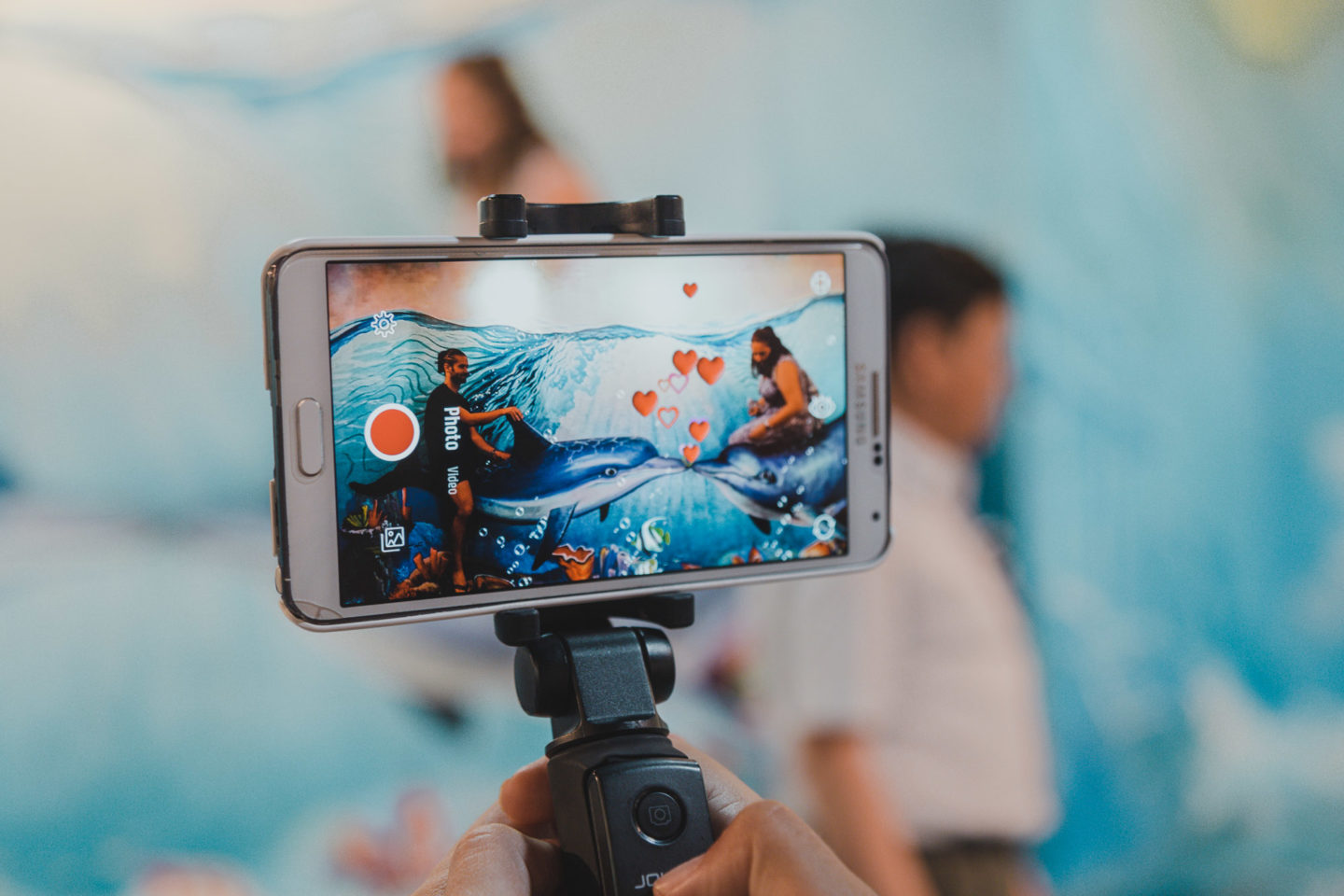 On the first floor when you initially walk in, you’ll see the entrance to the Love Museum. I’m sure you can guess which is the most NSFW of them all!

What happens when you combine trick eye art and pornographic art? The Love Museum. This is from the museum itself:

“[We] feature artworks which can stimulate your inner desire.”

Korea has such an…interesting relationship with sex.

Outwardly sexual stars are outliers in the industry, but if you break down some of the bubblegum pop songs underage girls are singing while dancing around in uber short skirts… they nasty. I know because I played a game with my middle schoolers once where I translated Korean lyrics into English, and I figured out what some of the lyrics actually meant.

Oh, and, pornography is banned but have you seen some R-rated Korean flicks? Those are some of the steamiest movies I’ve ever seen, and most of them are just hanging out on Netflix!

So, I dunno, it’s an interesting contradiction.

Anyhow, back to the museum!

It’s pretty small, especially compared to the main Trick Eye, but it’s fun to walk around and goof off with the exhibits. I think the best is that the museums hang up photos to show you how to pose with each image in case you weren’t sure haha.

Some of the images are fairly PG/PG-13: 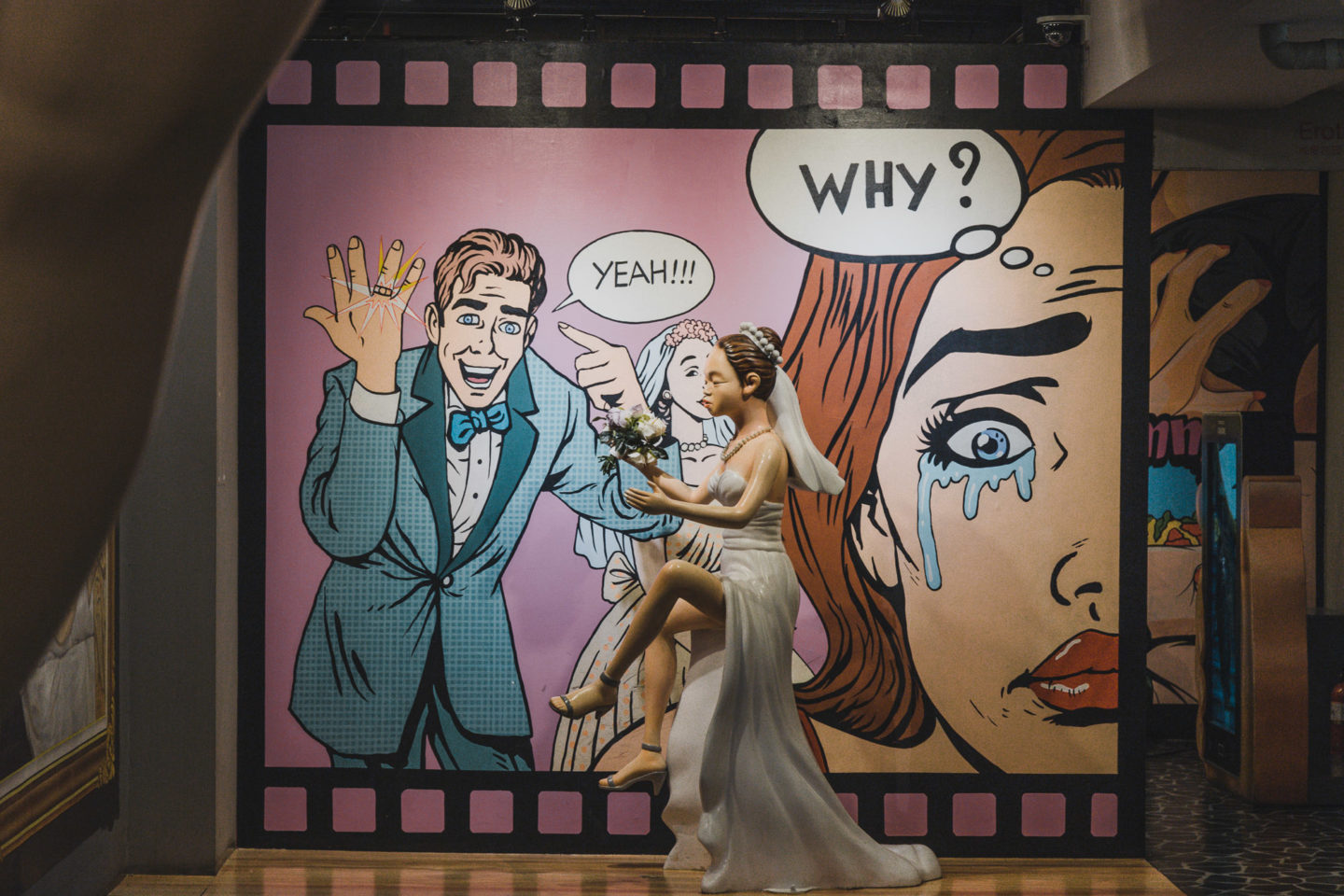 It gets pretty R/X-Rated quickly, though: 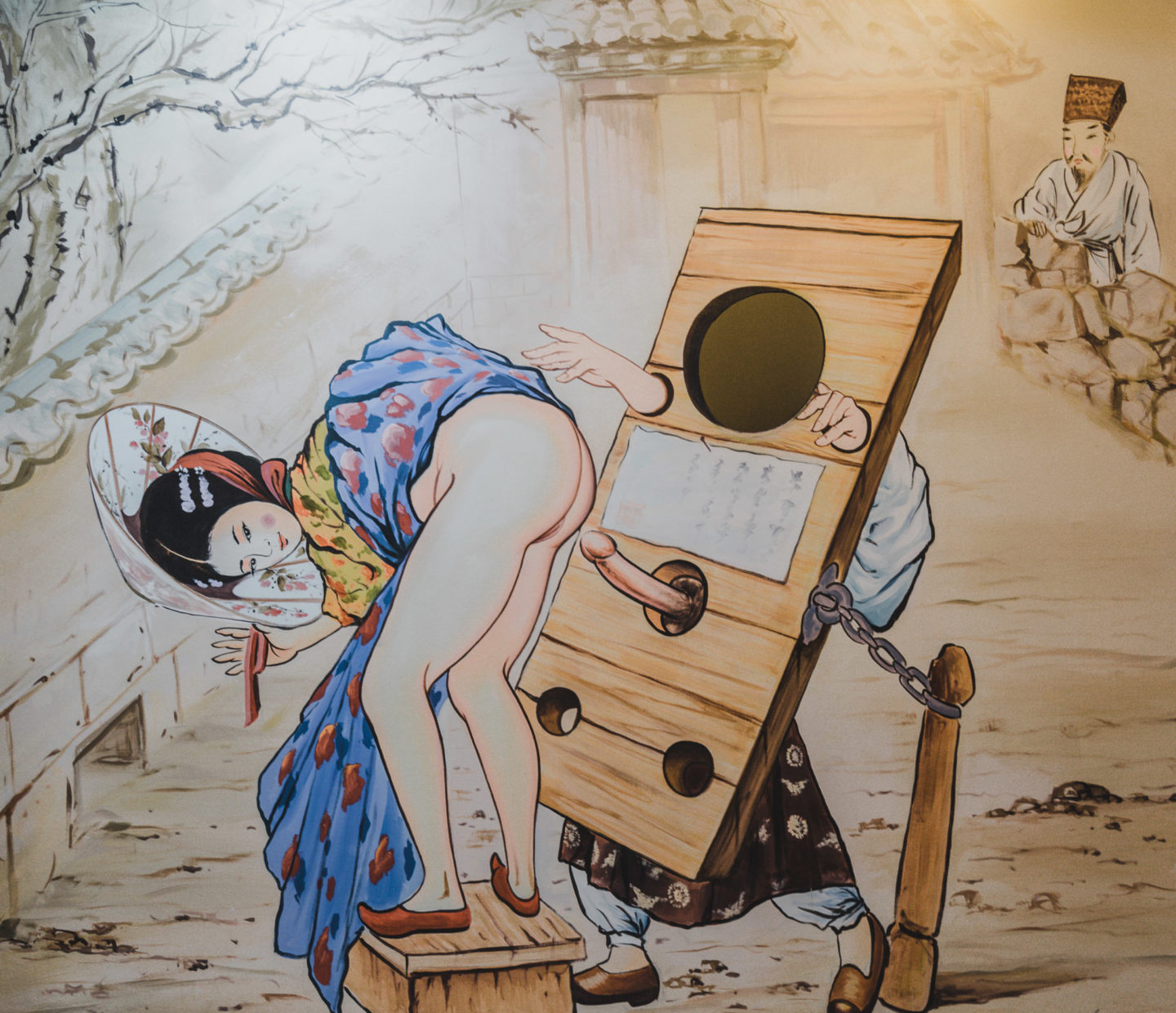 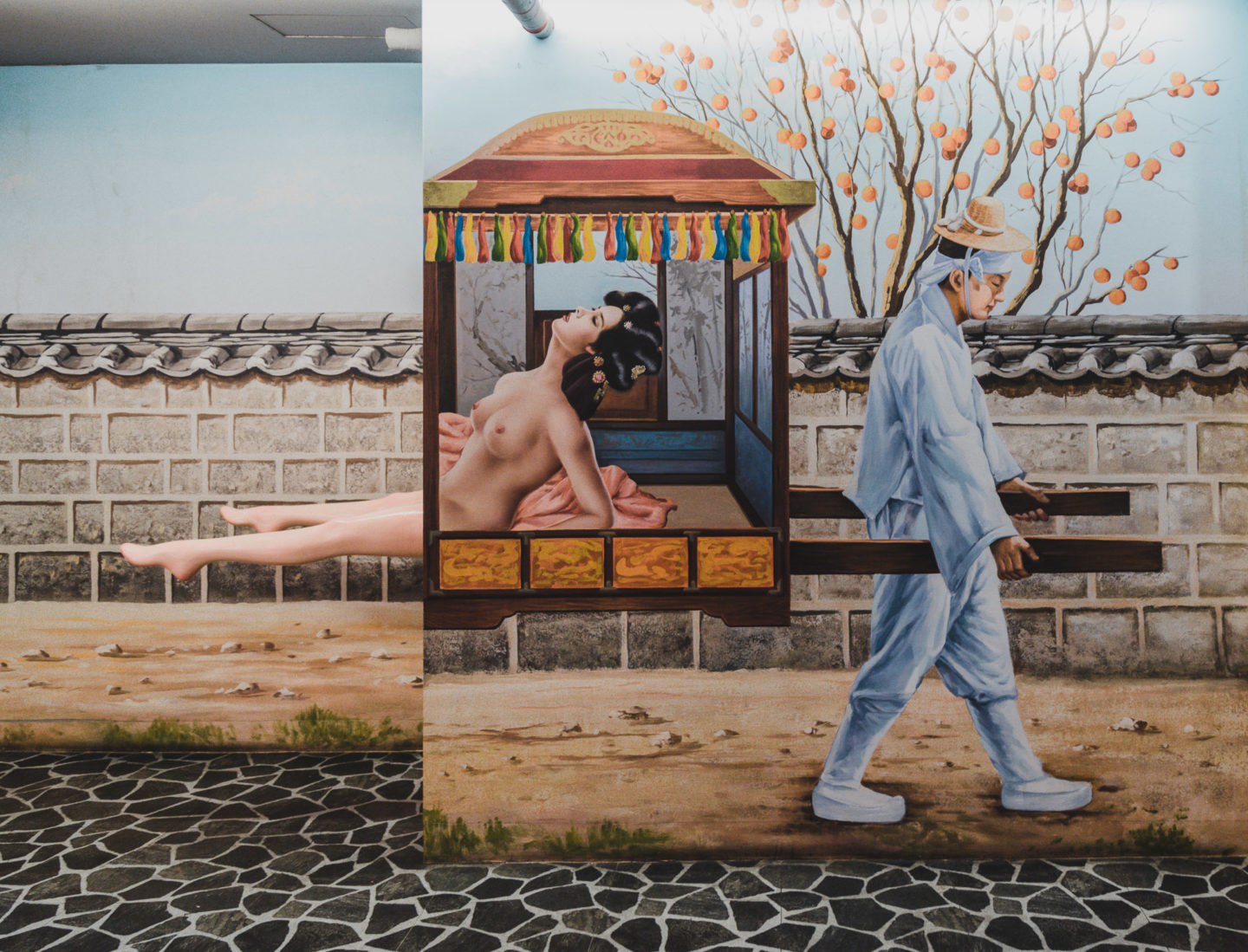 And then some of them are just so ridiculous, they’re hilarious: 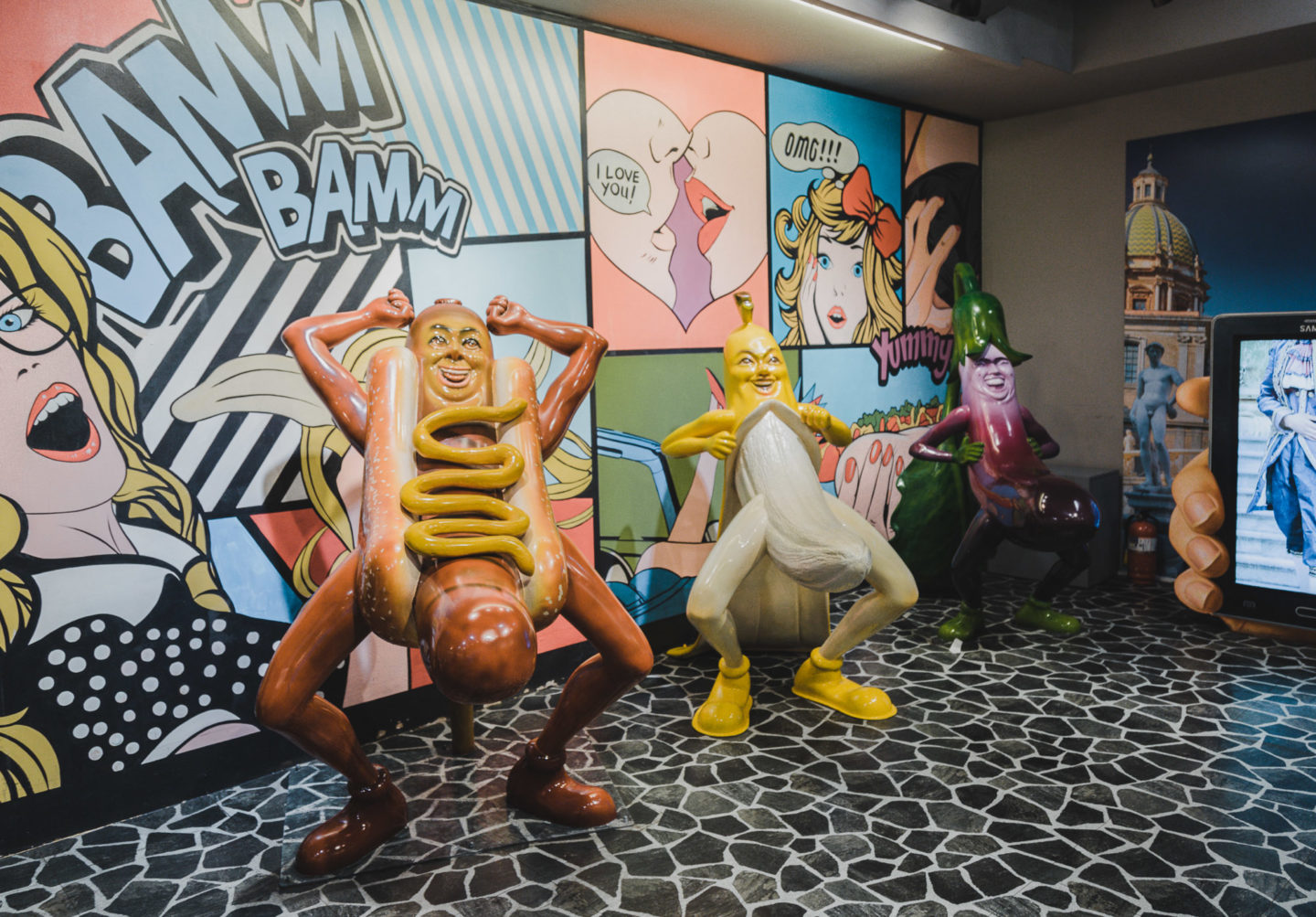 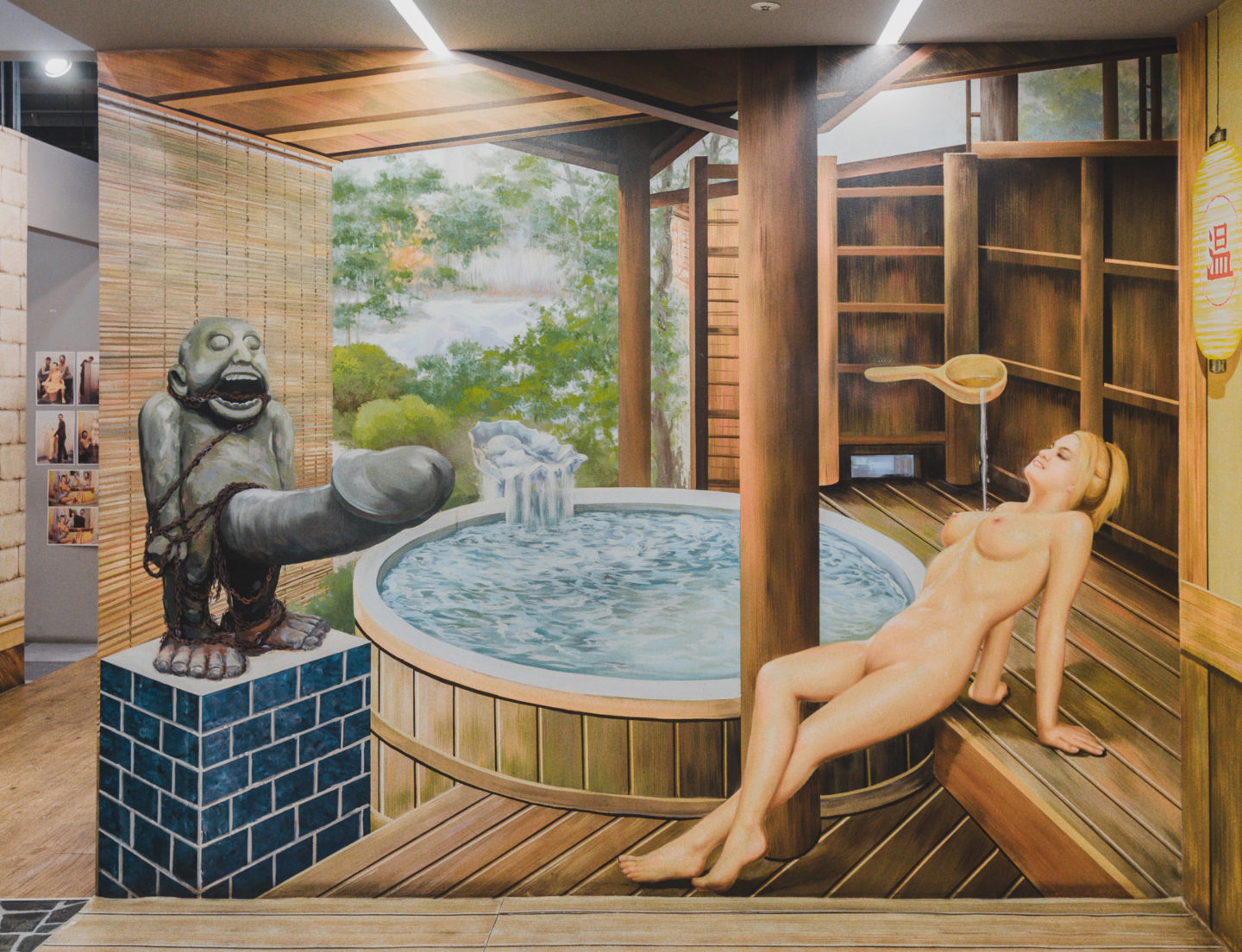 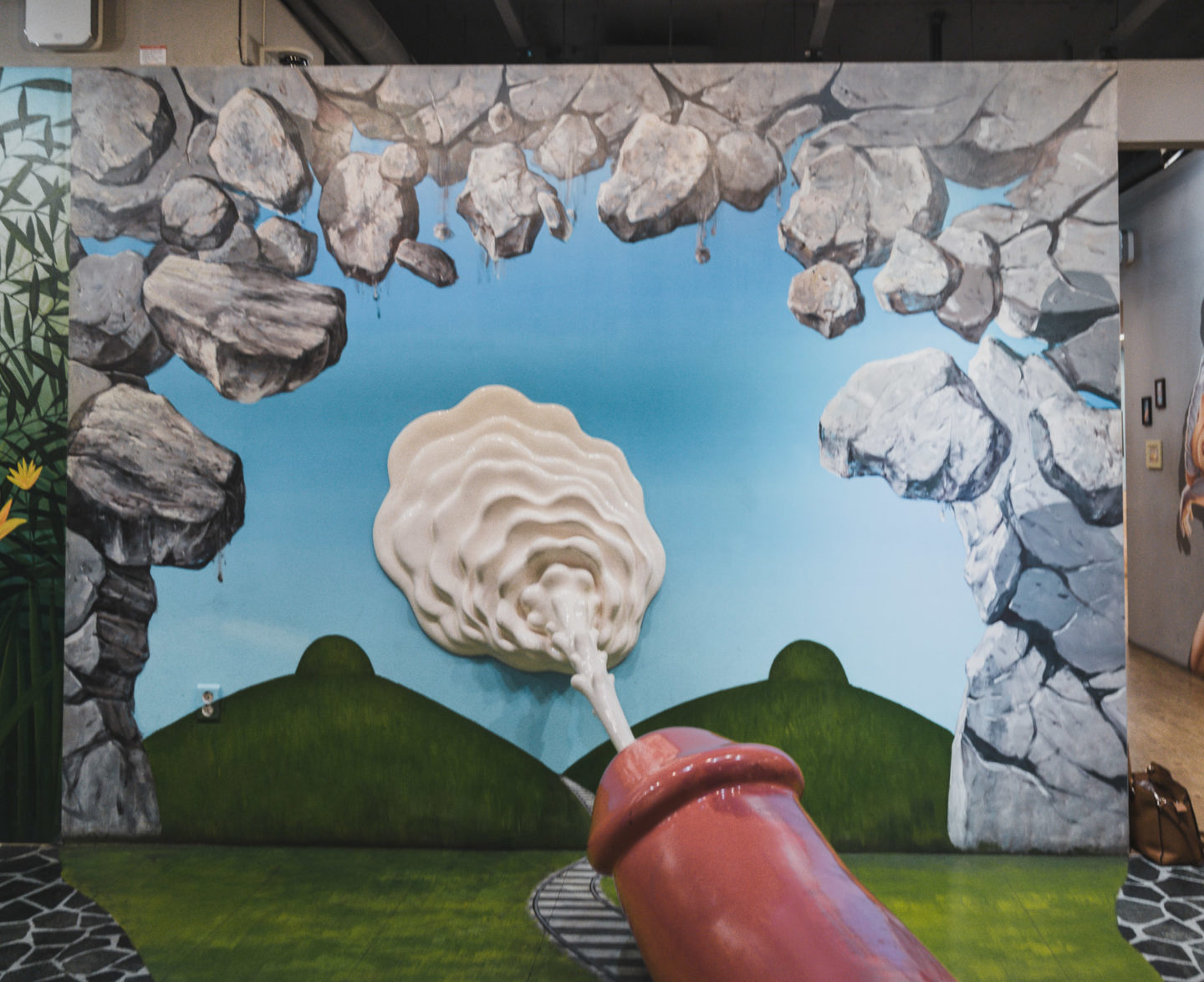 I don’t know that I recommend trekking out to Hongdae only to visit the Love Museum, but if you’re planning on hanging out around the building already and aren’t squeamish about sex, might as well!

The main attraction! It’s weird to think the Trick Eye is actually less than 10 years old. I only vaguely remember friends going when I was a student… It’s a ton of fun, and much more kid-friendly (actually kids will have a blast). There are 5 different rooms: 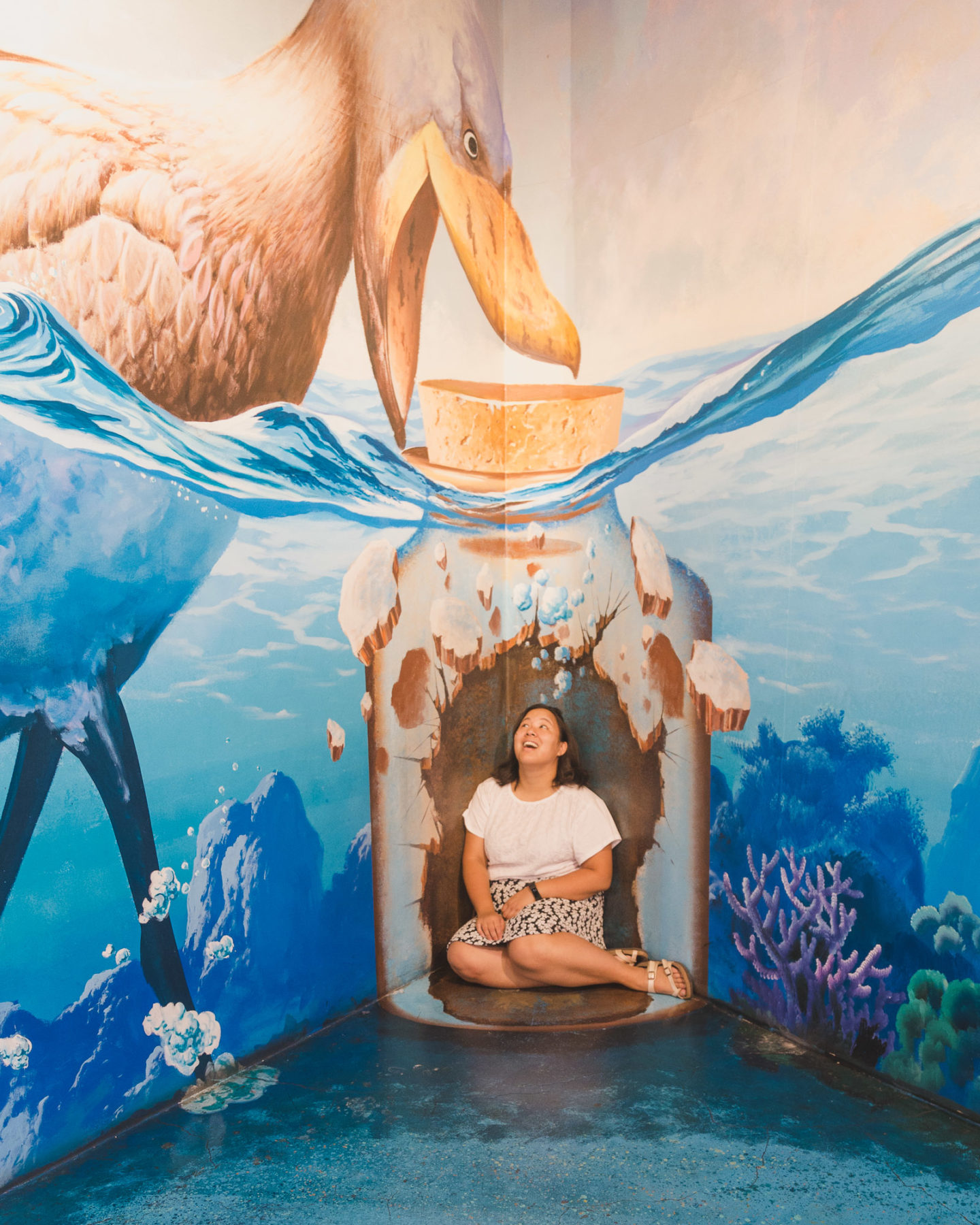 Best of the Trick Eye 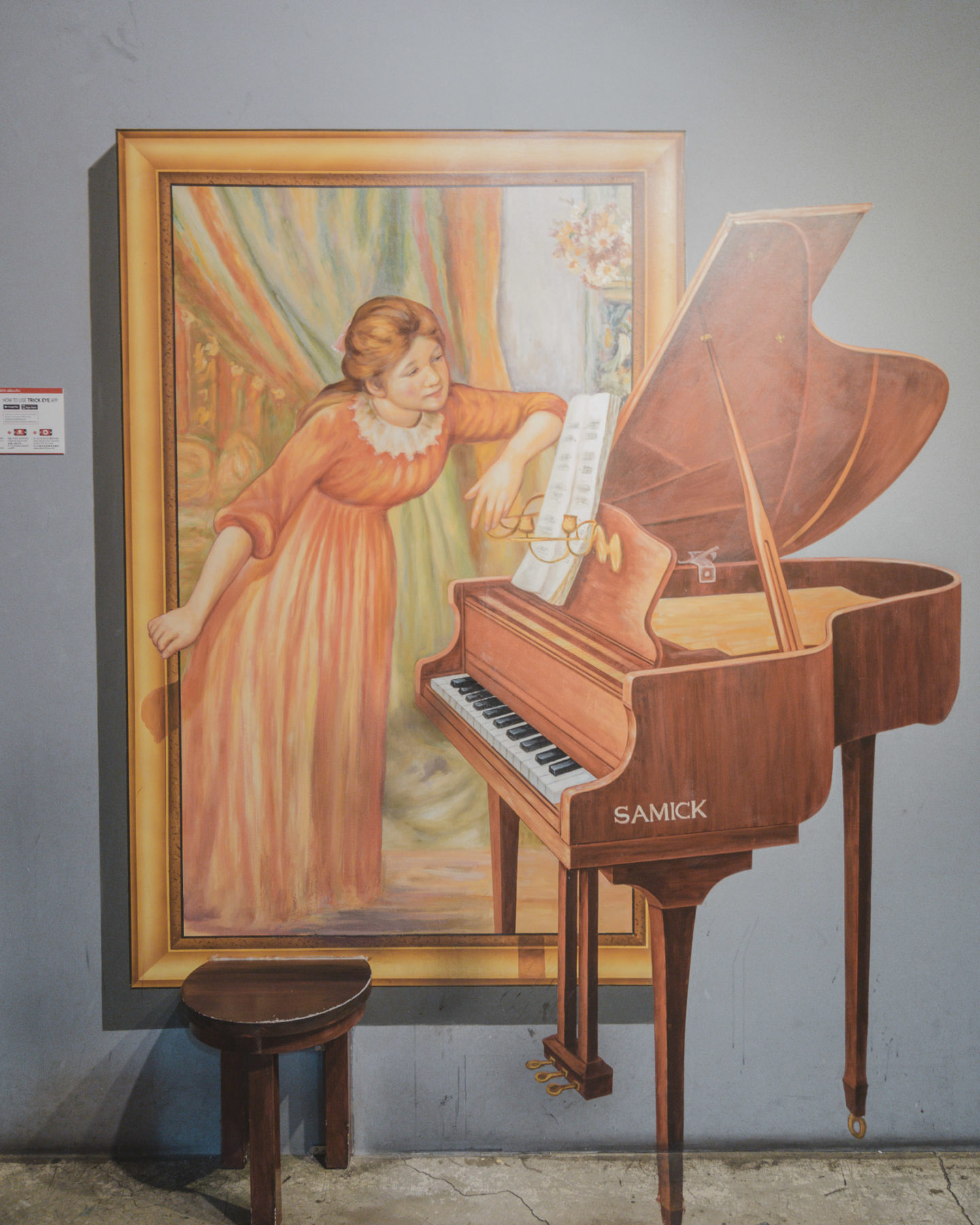 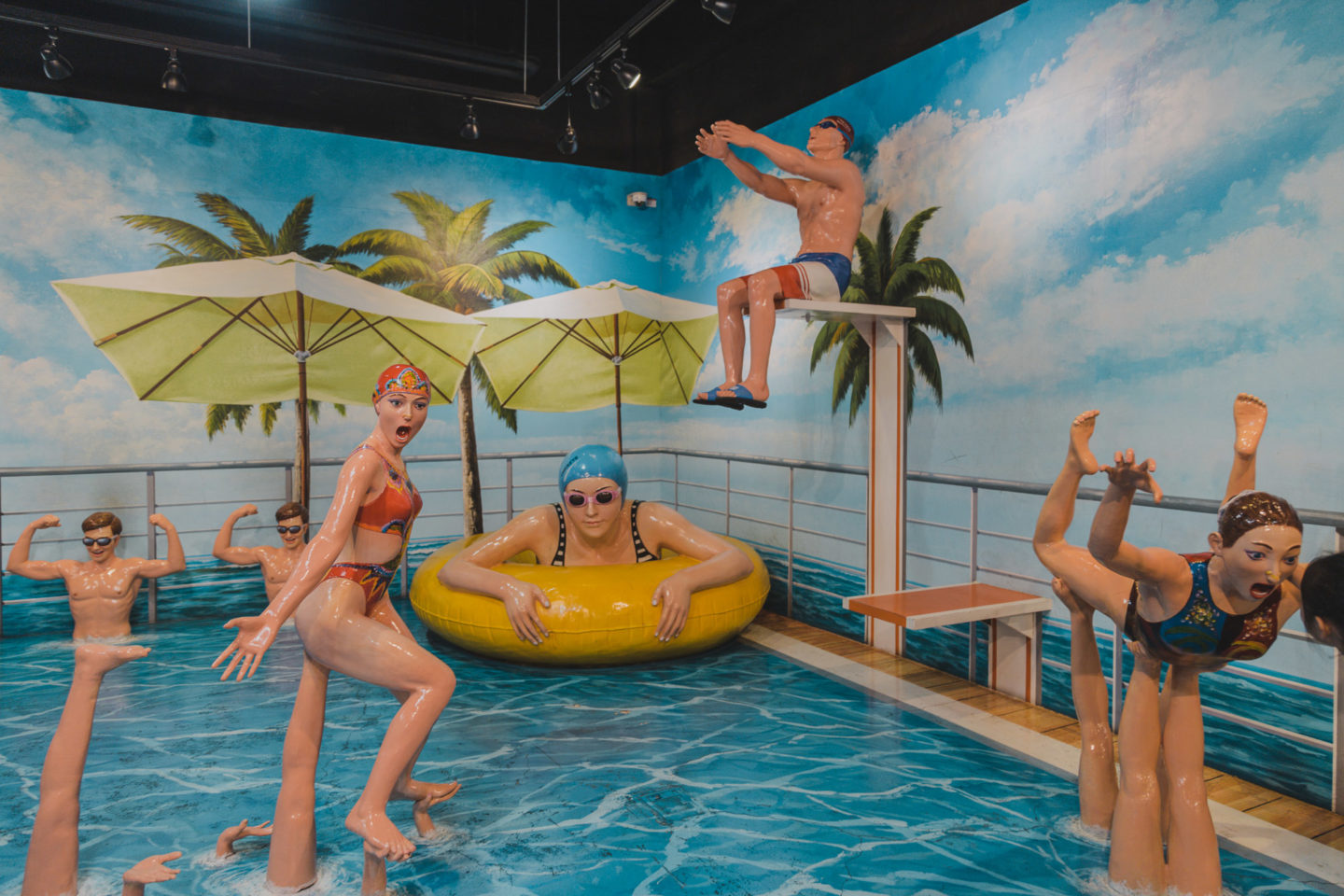 (I don’t actually have any from this room! We must have just breezed by it)

There’s just one odd thing to warn you about… The Trick Eye is for all ages and the Love Museum is adults only, however, this big structure is right around the corner! 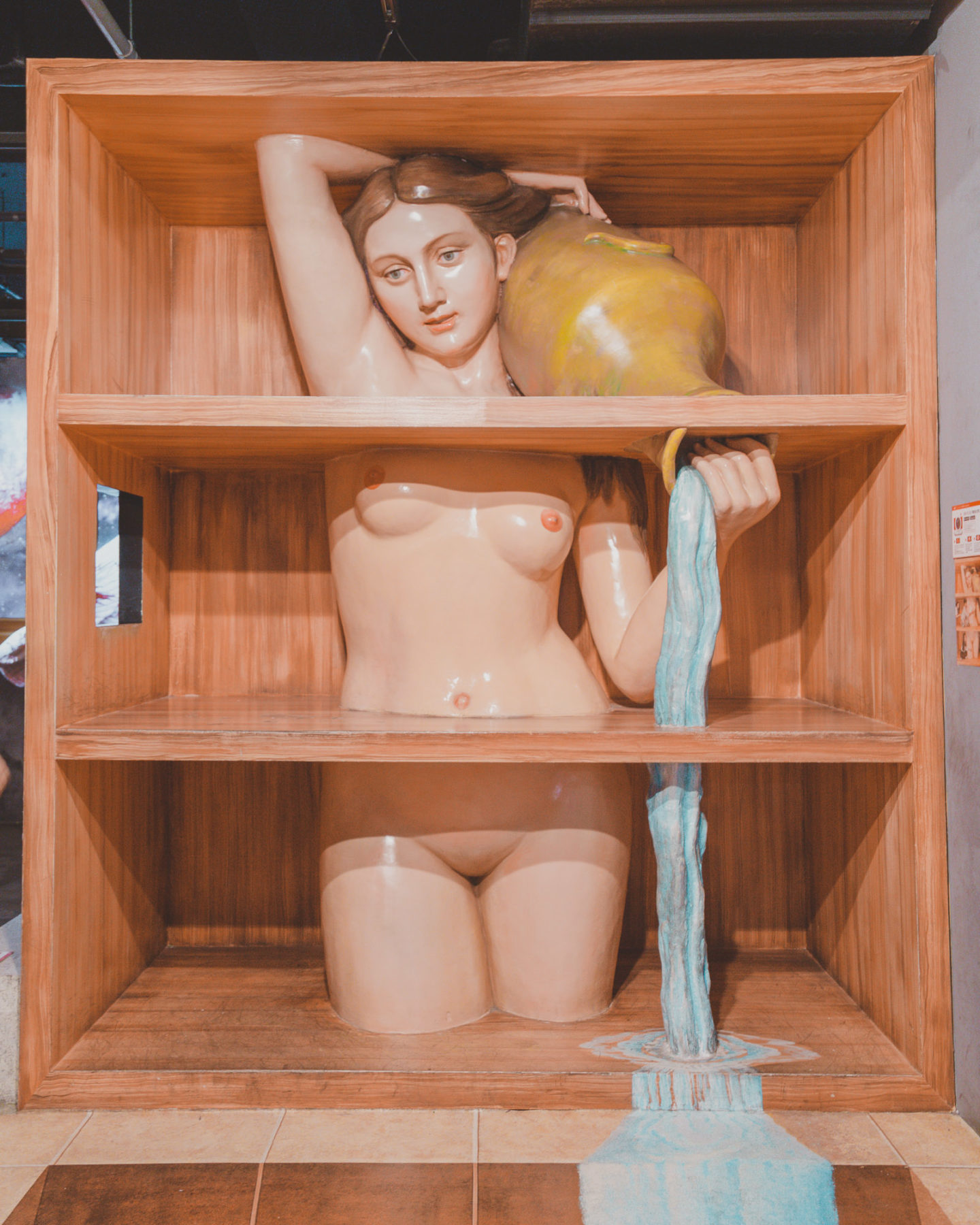 So I guess, it’s kid-friendly, but not 100% kid-friendly? I saw plenty of children running around and parents seemed unworried. Just a warning if you’re with more conservative folk though!

When you buy your Trick Eye tickets, it also includes the ice museum! Let me tell you, this place was a Godsend in the middle of summer. It was nice to feel so bone cold! The ice museum is pretty much a big room, but it’s fun to slide down and see the little sculptures all around. We weren’t quite prepared for how cold it would be, so we only lasted about 10 minutes before running back out! 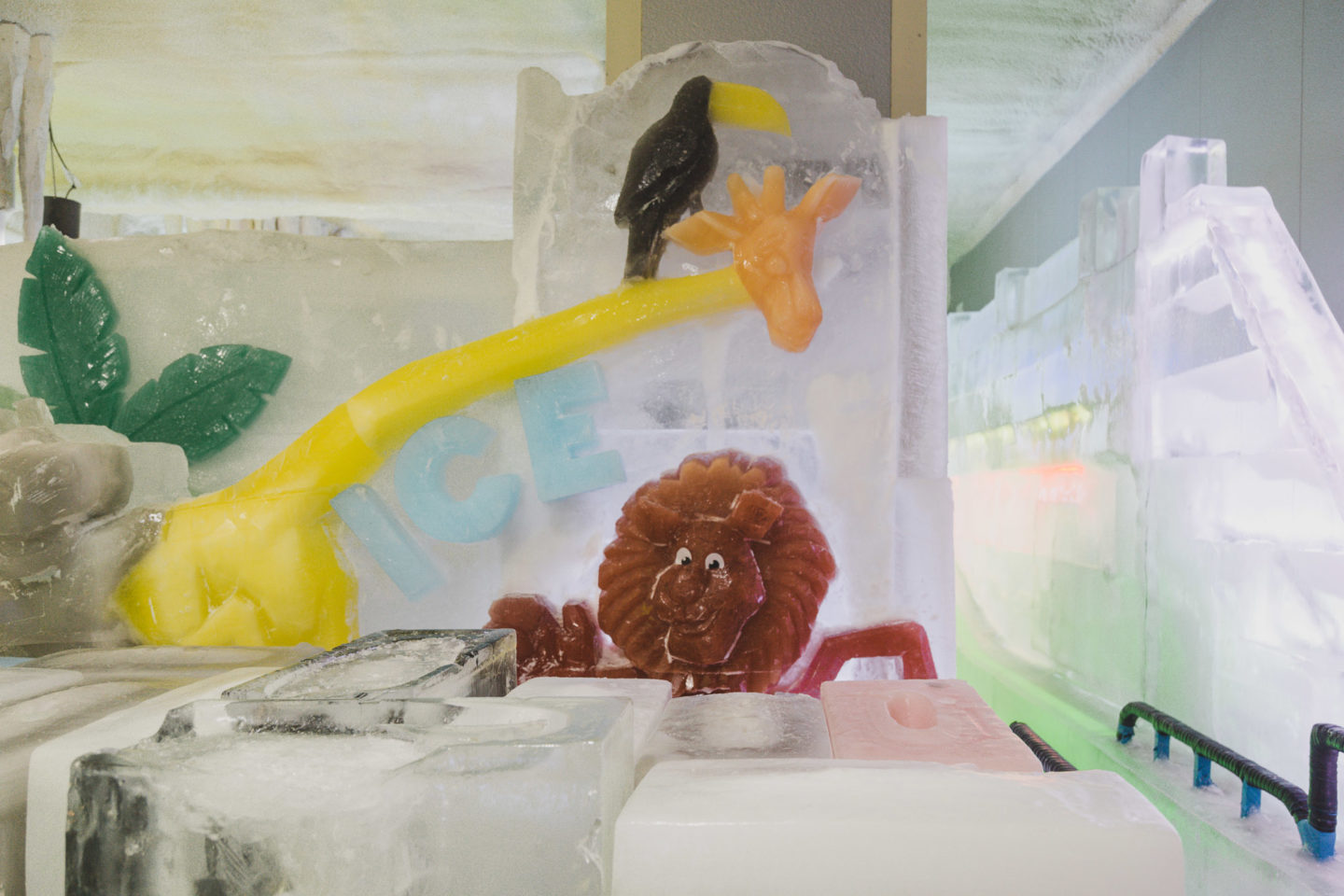 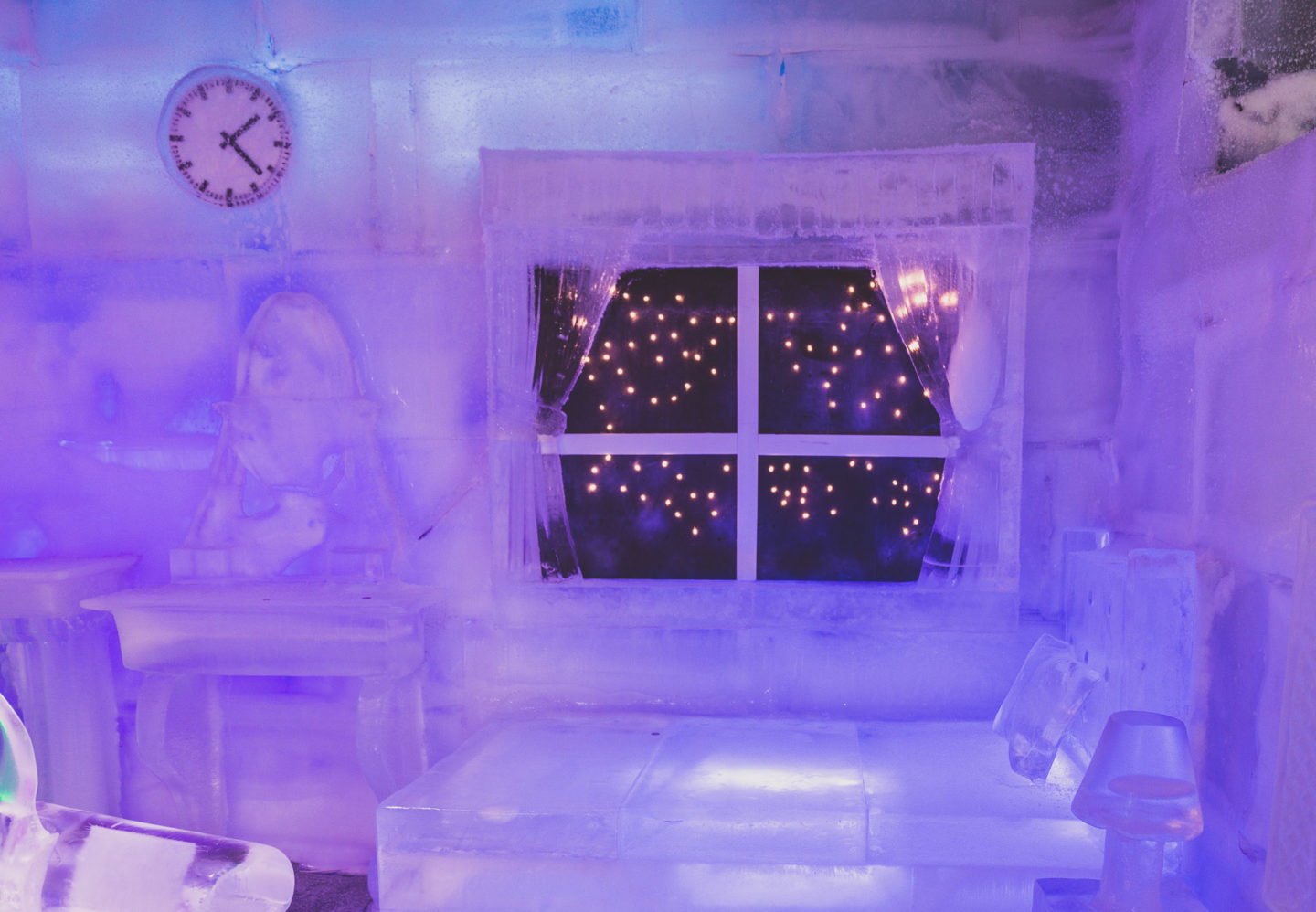 To top your day off, get your face printed on a latte at CaFace! It’s the most expensive latte you’ll probably ever get at 8,500 KRW, but, hey, you’re drinking your face! The first time I went on my own, the cashier actually gave me her phone to take a selfie on, but this time we emailed the girl photos we wanted to be printed. Given that I’d been sleeping without AC at my friend’s place for two nights, I was much happier to send a better photo of me. 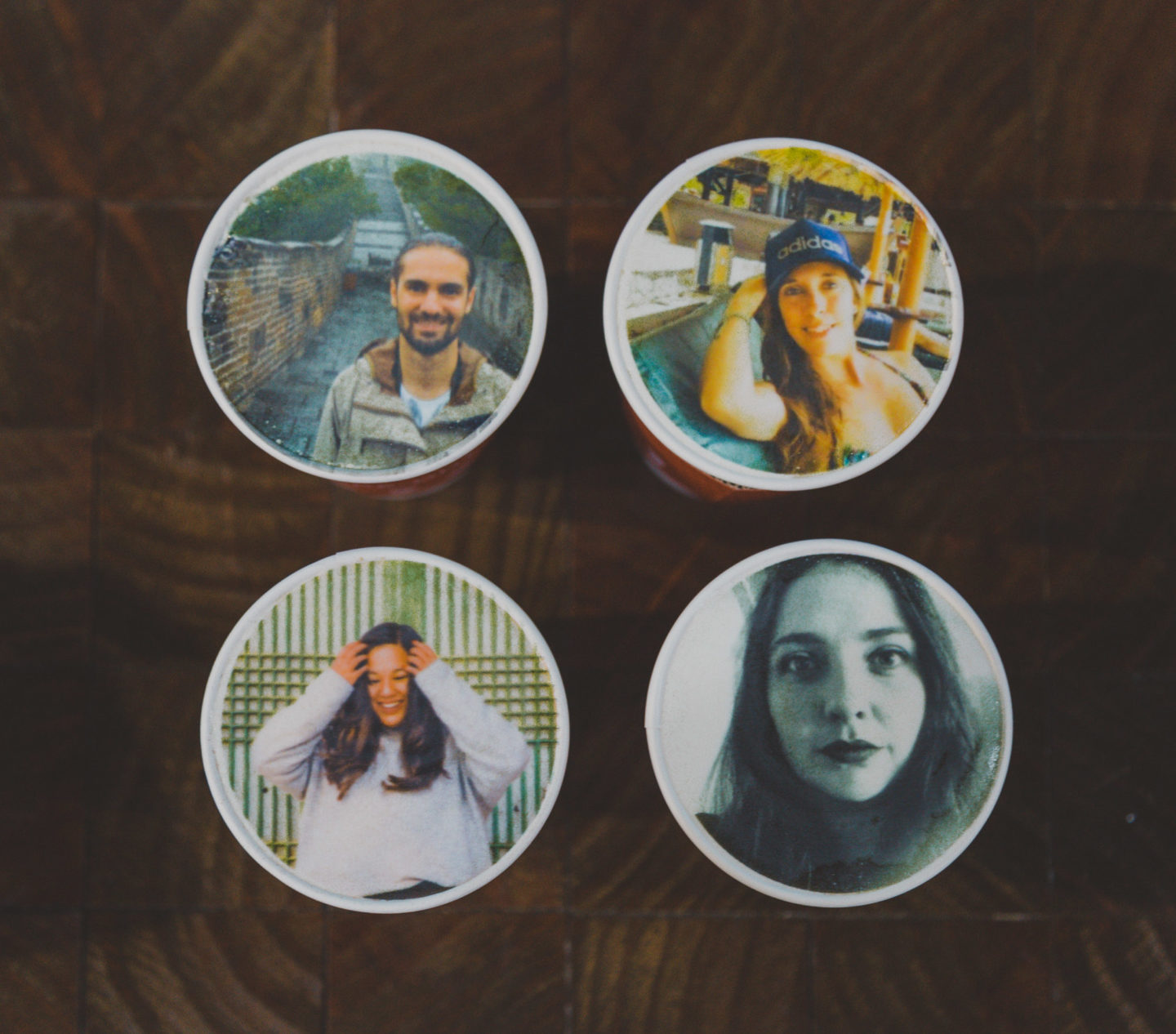 And, yeah, that’s pretty much it! If you want to see other things, you’re right in the heart of Hongdae, so you can walk along the busy streets and hear buskers or go shopping.

There are also a bunch of cafes nearby. We actually checked out the Meerkat Cafe, which I’m still doing some research on before I promote it, and then next door there was a nice bar with American food and cheap beer that we ate at.

Also, only one stopover is Mangwon, which is where Zapangi, the pink vending machine cafe is, so if you want to continue your quirky Seoul day, you can go there next!

How to Visit the Hongdae Trick Eye Museum

How to Get to the Trick Eye Museum

Stay Near The Trick Eye Museum

If you want to stay in the area, I recommend finding a hotel in Hongdae. I stayed at Seoul Mansion before, which is lovely because it’s right near a subway exit. Other neighborhoods nearby include Ehwa University and Sinchon.

Have you guys been to a Trick Eye Museum before? I have to say this was a pretty fun day, and I’d totally visit another one!

If you’re traveling to Korea for the first time, check out my South Korea travel tips post and join my Facebook group! 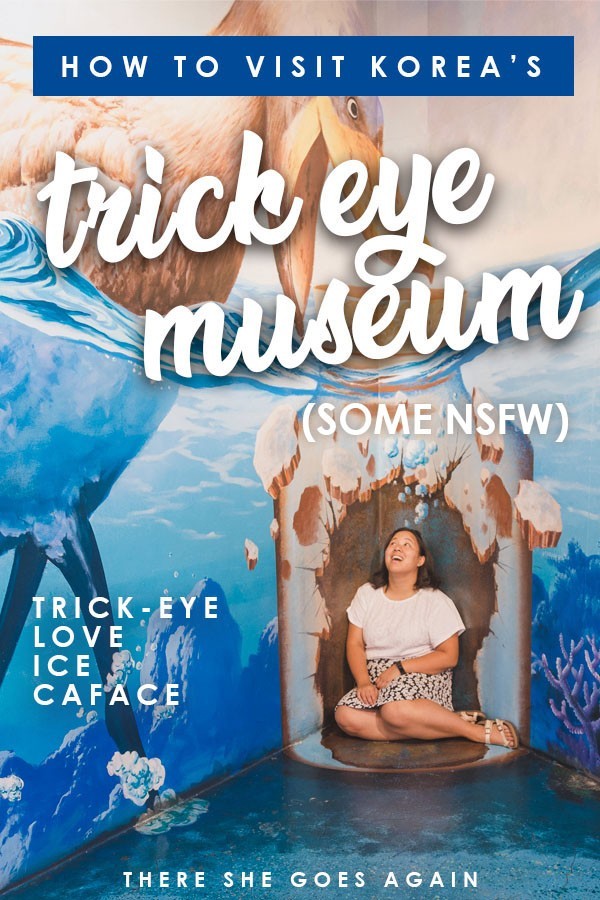