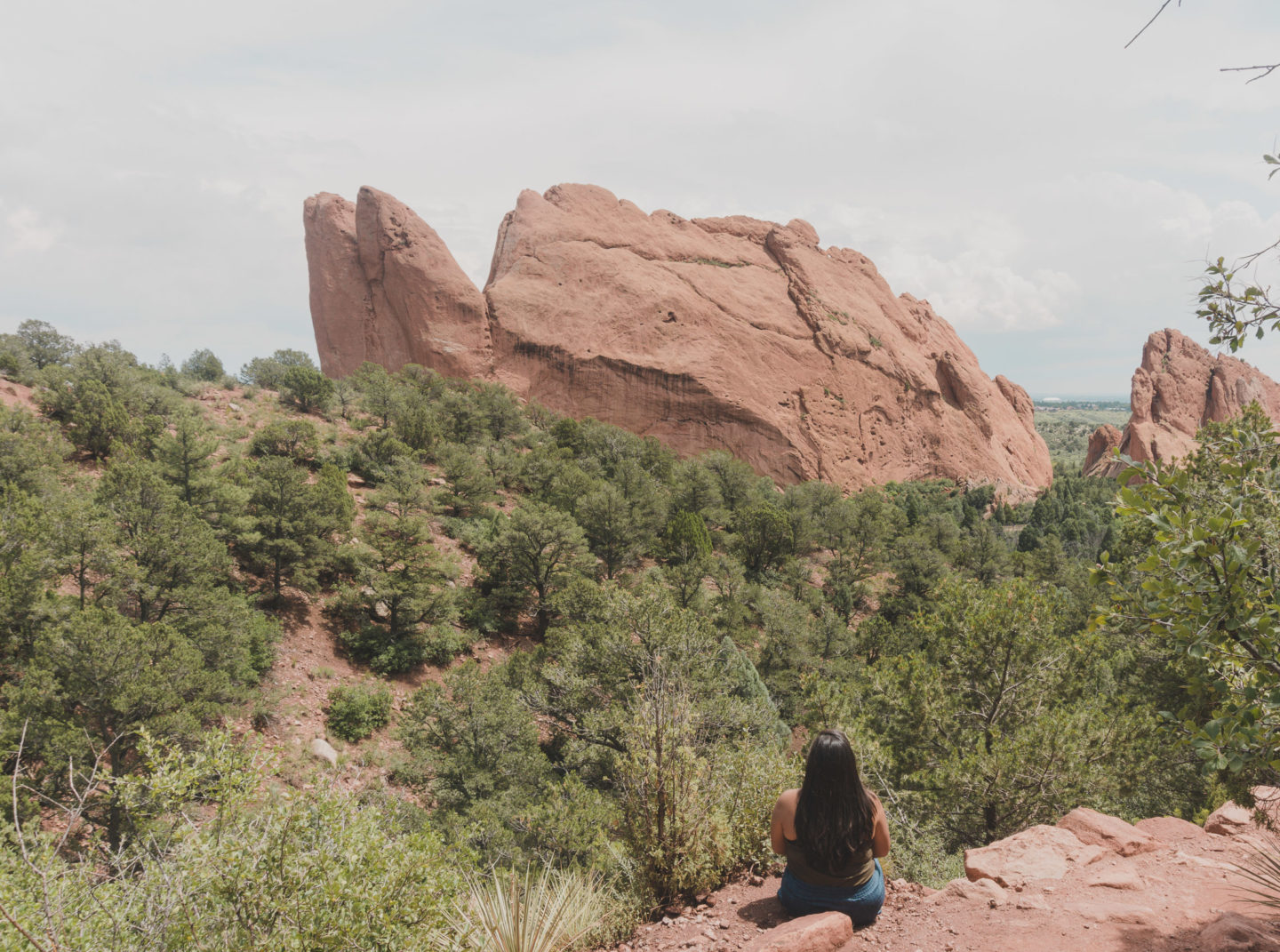 One of the best things to do in Colorado Springs is to visit the Garden of the Gods. Whether you want to go hiking, rock climb, camp, or simply drive around, it’s a gorgeous place to visit, and these photos will show you why!

While I was in Wyoming visiting my friend, Allison, we decided to spend one of the weekends in Colorado Springs. When I asked in one of my travel groups if they had any recommendations on what to do or see, almost every single one included Garden of the Gods.

Turns out, they were not wrong. As we drove up to the park from the main part of the city, we were welcomed with giant rock formations made from red, white, and pink sandstone as well as limestone, and it only became more scenic from that point on.

Garden of the Gods in Colorado Springs 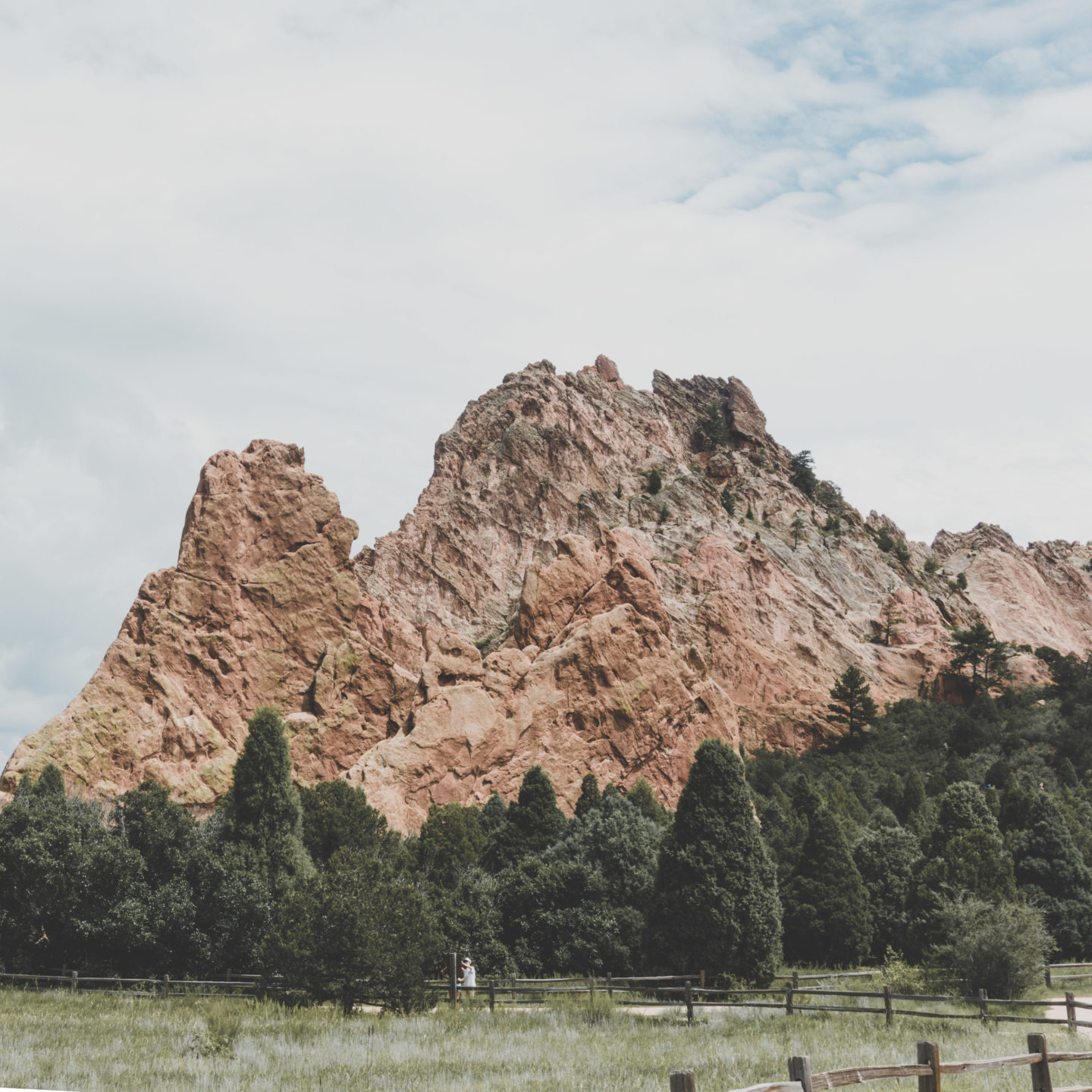 What is the Garden of the Gods?

Imagine this. It’s late summer in 1859, and two surveyors are traveling from Denver to what would eventually be Colorado City. On their way, they come across a giant field of red rock formations that look like they belong in another world. One of the surveyors, M.S. Beach, says, “This would be a capital place for a beer garden!”

Rufus Cable, a much smarter man in my opinion, instead says, “Beer Garden! Why it is a fit place for the gods to assemble! We will call it the Garden of the Gods.”

In geological terms, the Garden of the Gods is over 1,300 acres of park with 19 rock formations formed millions of years ago. There’s actually an exhibit at the Visitor Center if you’re interested in the park’s scientific history.

In more modern history terms, 240 acres of the park was purchased by Charles Elliot Perkins in 1879 after a friend recommended it as a good place for a summer home. While Perkins did buy more of the park, he never built on it and instead allowed it to remain in its natural state. He even had it open to the public to enjoy as well.

When he died, his children officially signed the park over to Colorado Springs, and it has remained a park free for the public to enjoy.

If you want, PBS did a short documentary on the gardens, and I think the people they interviewed will do a much better job describing what makes it so special.

Garden of the Gods in Photos

And now for the photos! If you want some practical information on how to visit, just pop down below to see how. Honestly, though, you need to see this place in person to fully appreciate how breathtaking it is! It’s one of those places where even the best photographer in the world can’t compete with reality. 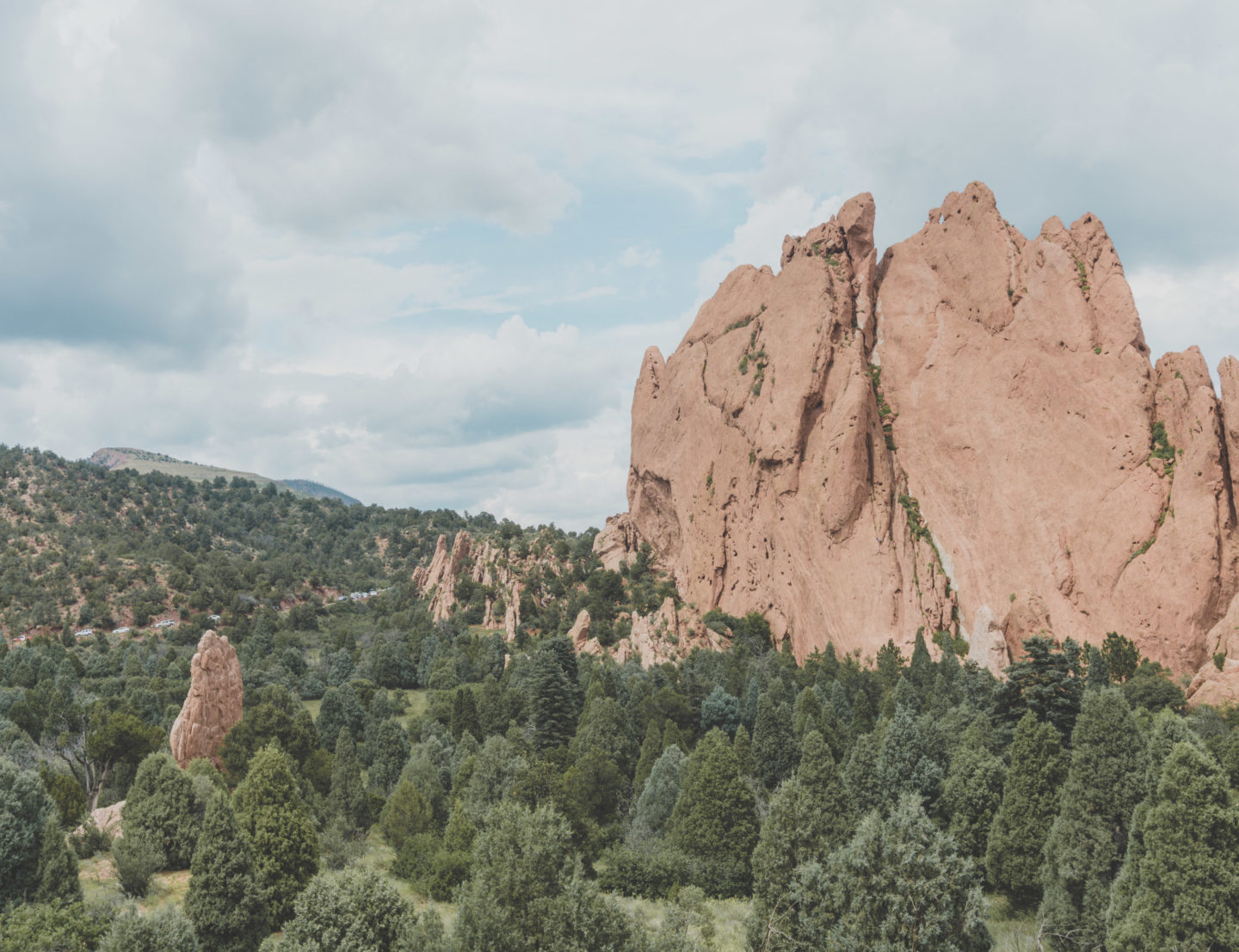 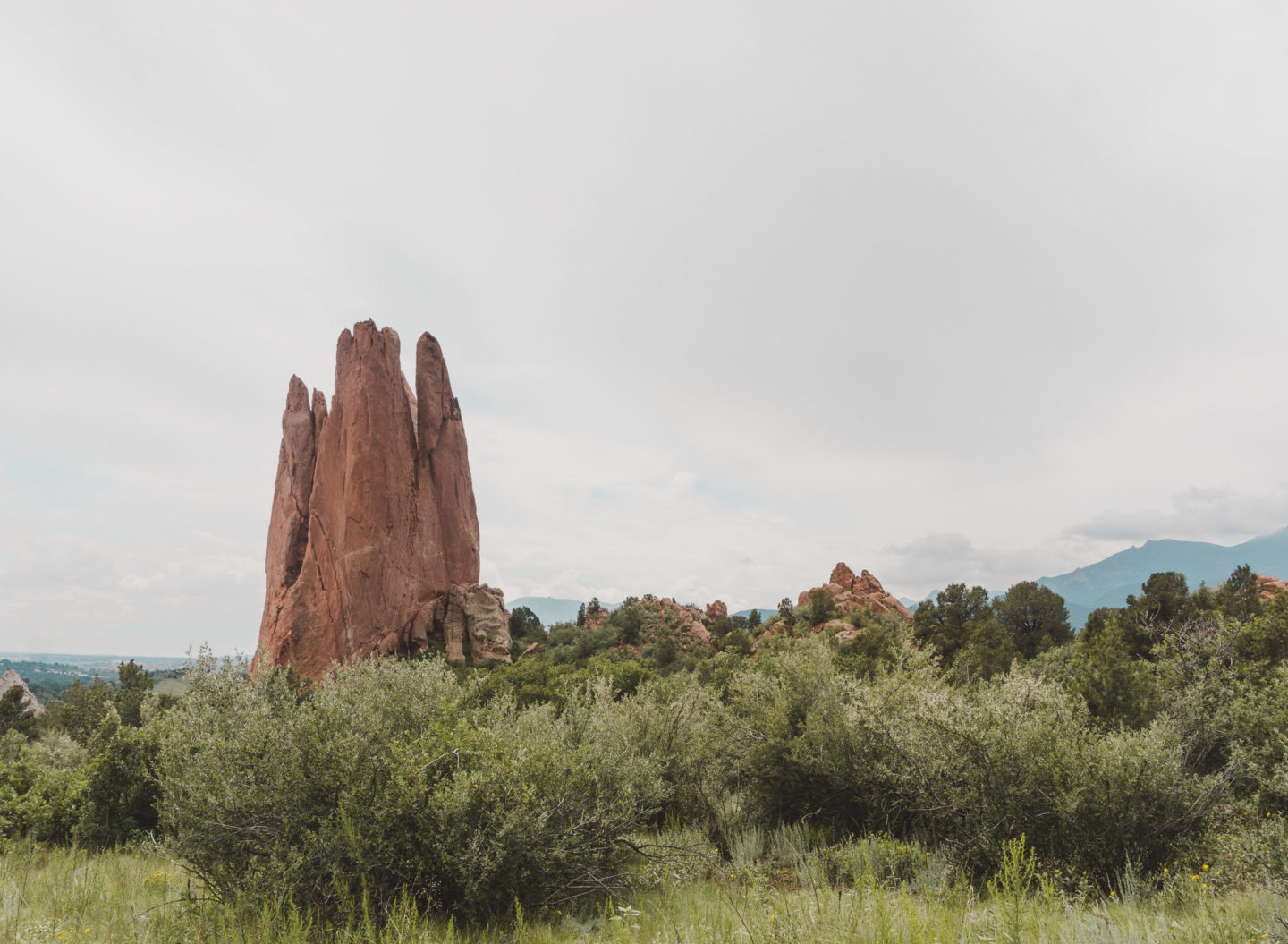 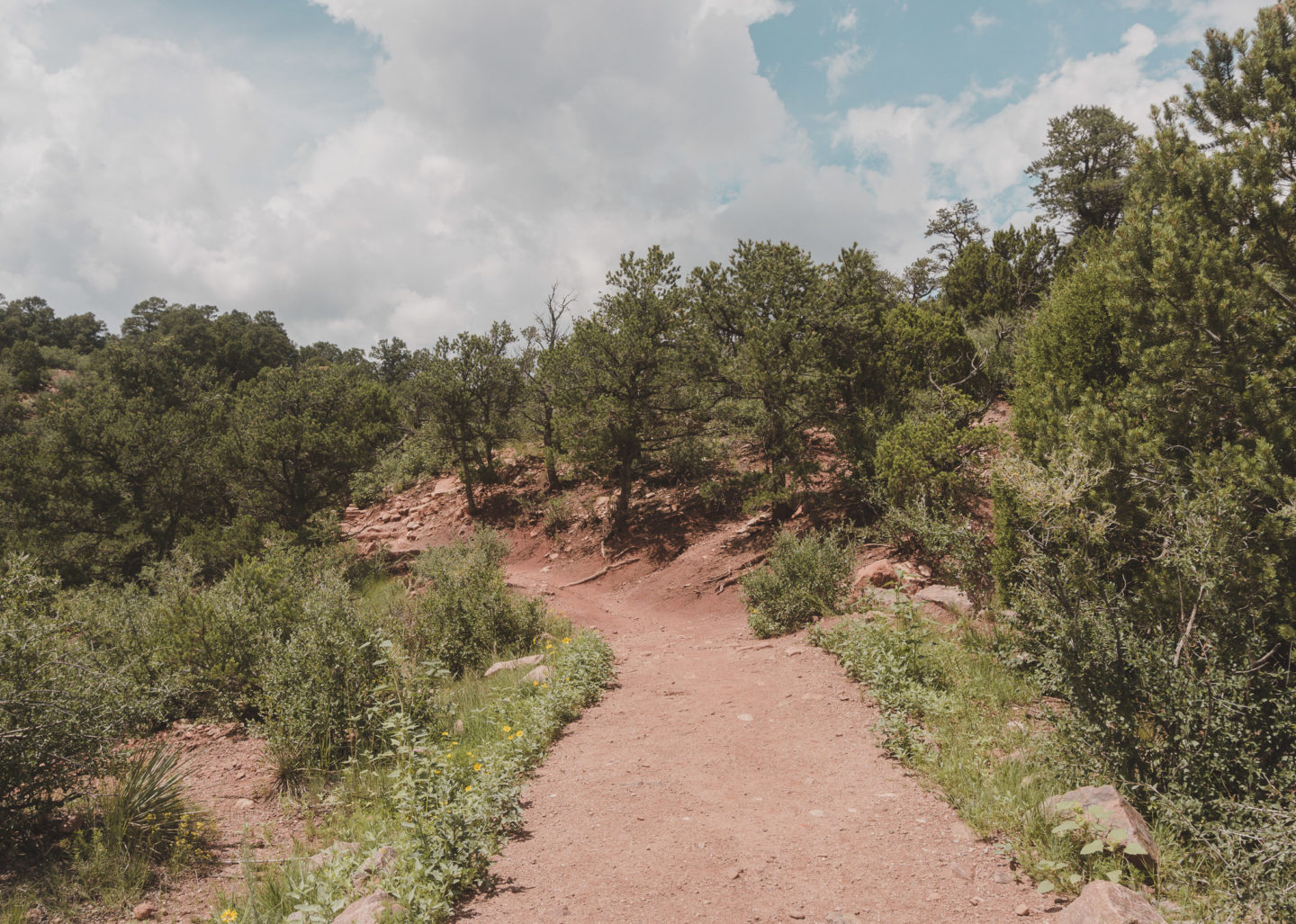 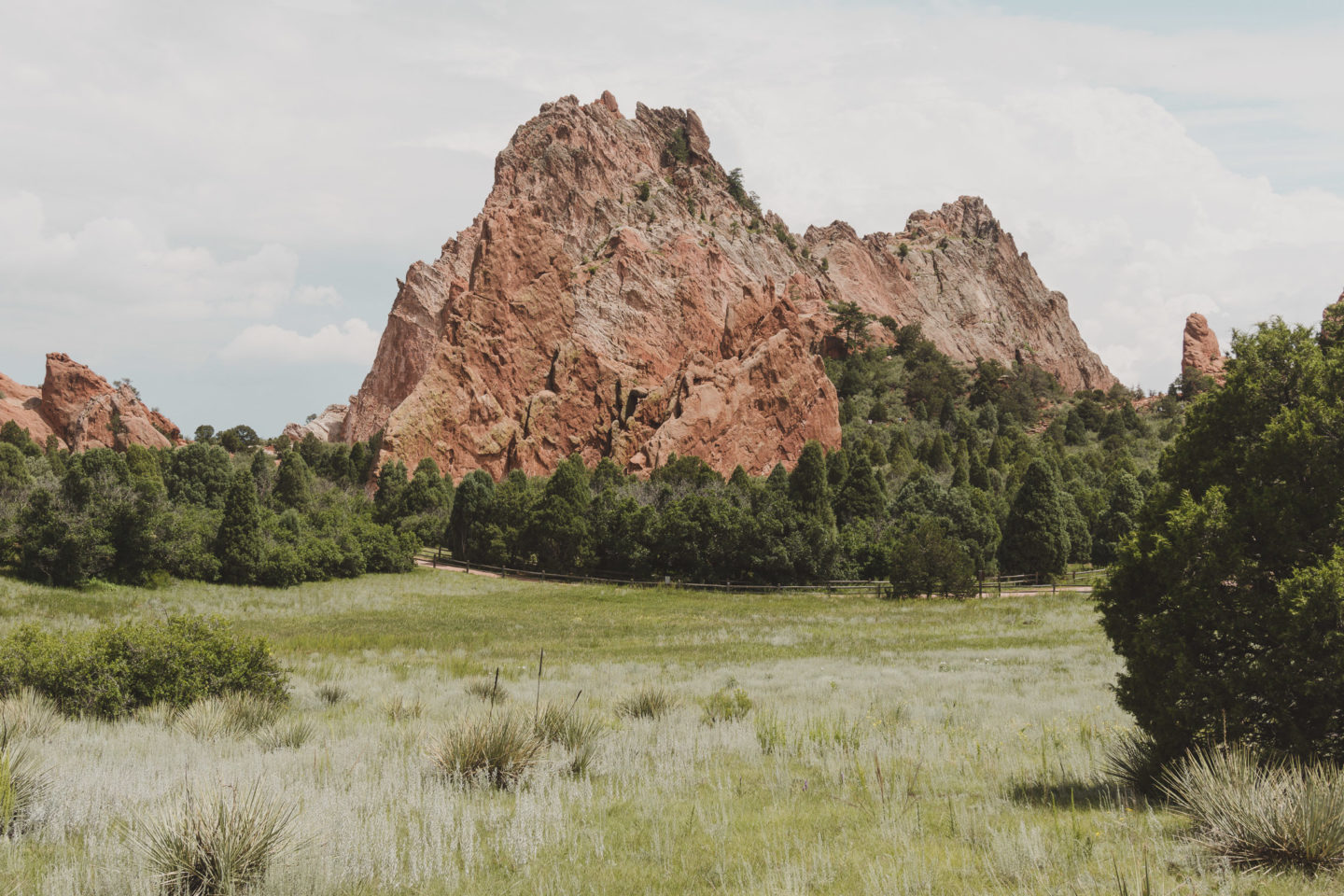 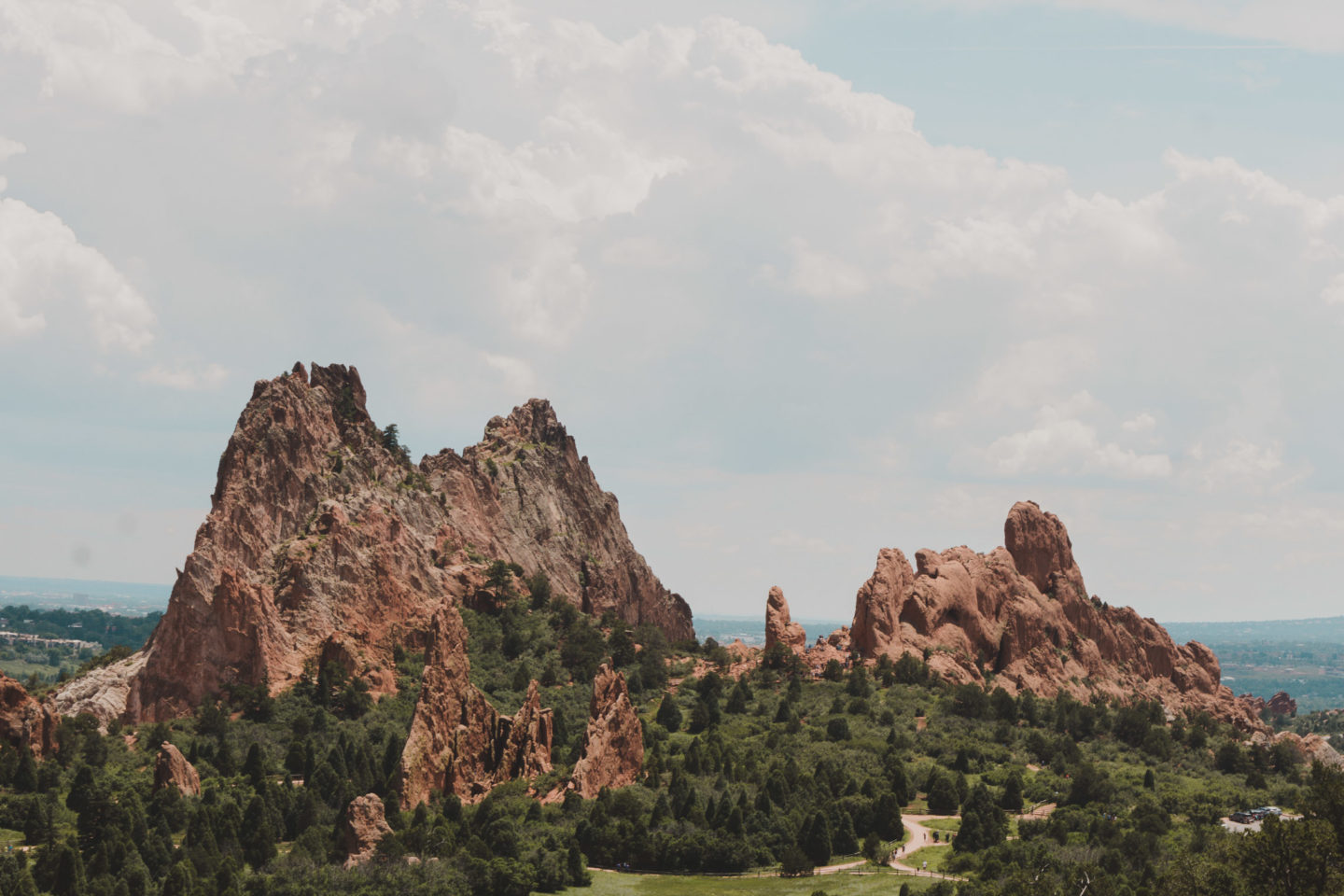 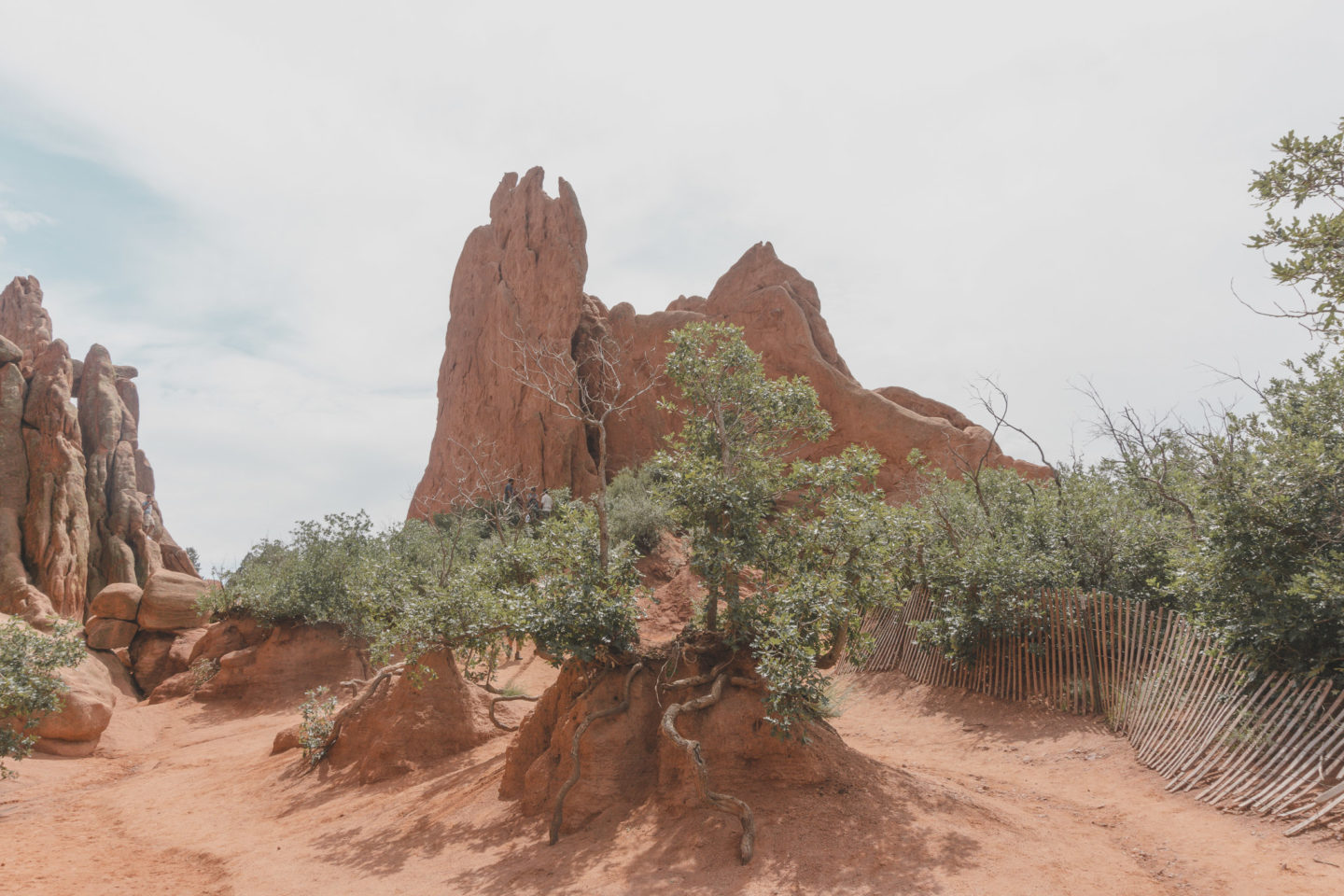 How to Visit the Garden of the Gods

As with most places in America, you very much need to rent a car to do anything in Colorado. It’s less than 20 minutes outside of Colorado Springs and about an hour south of Denver.

How to Get to the Gardens

If you’re coming from Colorado Springs, just get on I-25 and N 30th St. You’ll see the main park area on your right and the Visitor Center on your left.

There’s parking at the Visitor Center but also different parking lots around the garden. We parked near the Tower of Babel and hiked from there.

What to Wear to the Garden of the Gods

Of course, the best way to visit the park is by hiking! I’m not 100% sure which trail we were on, but it wasn’t too bad. I wore a skirt and Birkenstocks, and while they weren’t the smartest outfit choices, I didn’t look like a total idiot either.

Best Time to Visit the Garden of the Gods

We went in mid-July at midday, and the weather was perfect. Colorado is pretty dry, so you don’t have to worry about sweating buckets. My friend went in the winter, and her photos look stunning as well!

Have you been to the Garden of the Gods? What did you think? I love the idea that it’s such a breathtaking place even businessmen knew to protect it instead of trying to commercialize it! 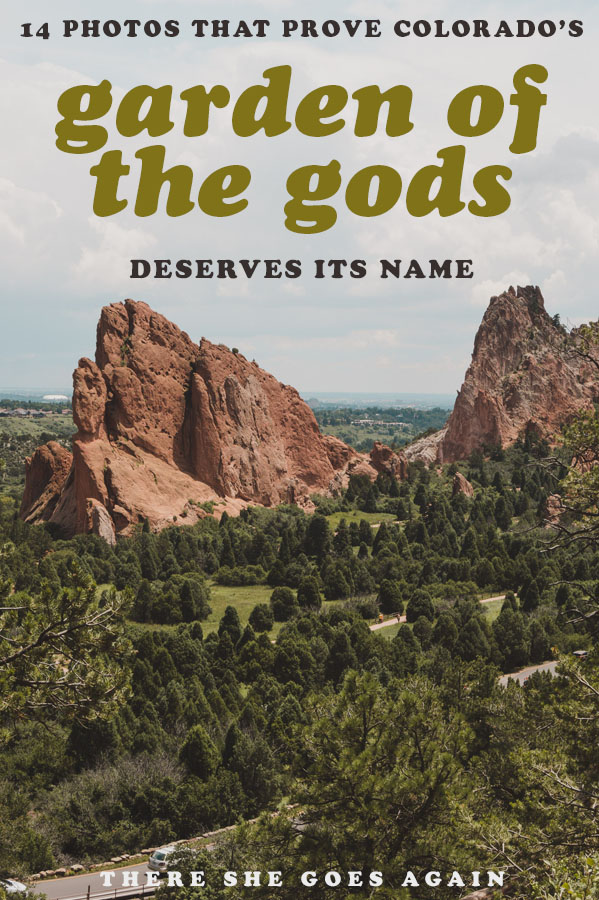