They say it sometimes takes leaving your home country to fully appreciate it. This saying couldn’t be truer for our tour guide and one of the founders of foodTrip Chile, José Miguel Domínguez. As my friend, Natasha, and I began our Santiago food tour, we learned quickly just how well traveled José was. Having lived everywhere from Paris to Sydney to Atlanta and working in the hospitality industry all the while, he has the worldly knowledge to understand just how unique Santiago’s culinary scene is. 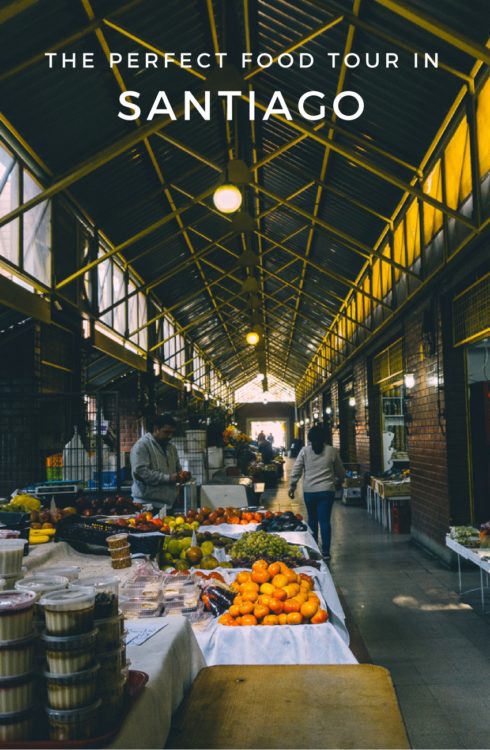 This was the first real food tour I’ve ever been on, and it definitely won’t be my last. Since I’m not a big foodie, I tend to just grab whatever I want on the go while traveling or rely on local friends’ recommendations. However, food is such an important aspect of any culture, and I’ve seriously been missing out!

We started our food tour at about 10 a.m. in the morning and went until 3ish in the afternoon, pretty much rolling with food babies up to our Airbnb. Here’s what we did in between: 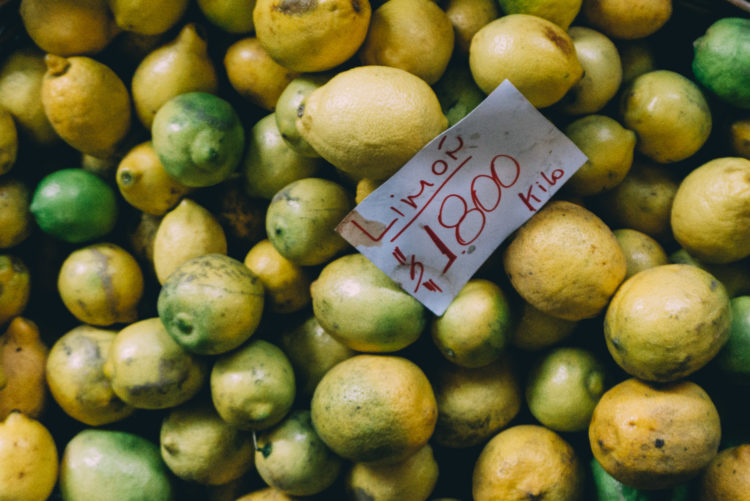 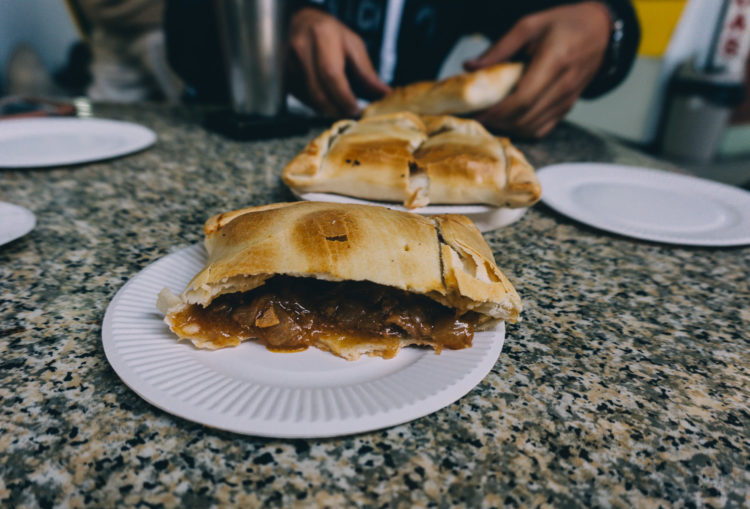 Our first stop of the day was at the Mercado de Providencia. While Santiago has quite a few markets spread around the city, none of them have what’s considered some of the best empanadas in the country.

Empanadas Tinita occupies its own space in the market, and at first might seem like an unassuming empanada shop. However, José let us know these empanadas have won or placed in the top five of many food competitions, and our guide-in-training, Claudia, thought it was some of the best empanadas she’d ever had.

After ordering the classic empanada de pino, we sat down and learned what exactly makes Chilean empanadas unique: the meat is cooked with raisins, half a boiled egg, and an olive.

Guys, they’re delicious. I’m pretty sure if I lived in the Providencia area, I’d be stopping in here every lunch break for one. 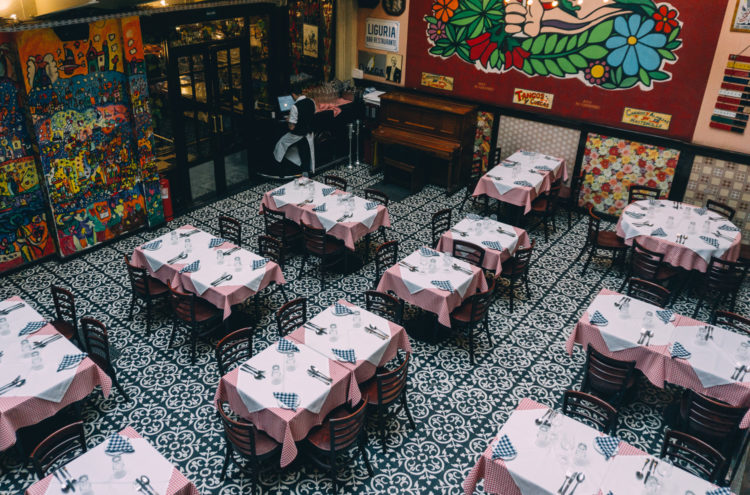 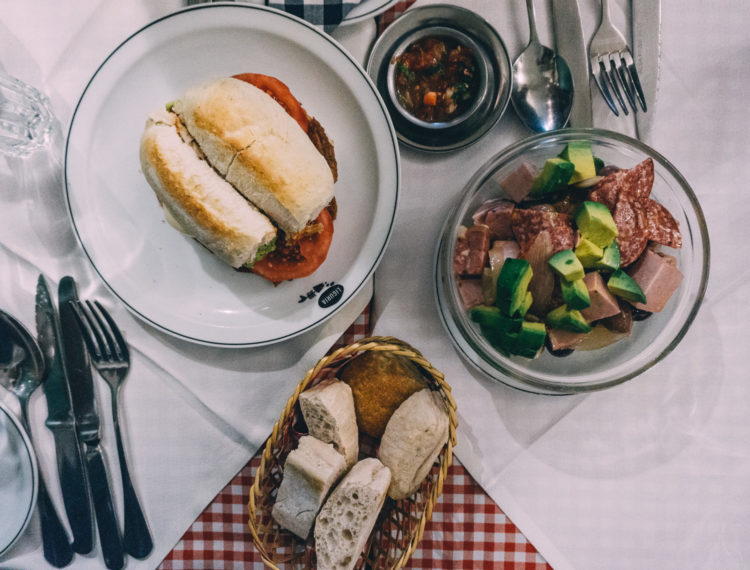 We then walked over to our next stop of the day, Bar Liguria. As we walked José gave us a quick history on the wide variety of immigrants in Santiago. While in the past it had been Spaniards and Italians fleeing their countries’ wars, it’s more recently included Chinese, Korean, and even a few Japanese. Bar Liguria was founded by Italian immigrants, hence why it’s named after the Italian region of the same name.

What makes Bar Liguria so famous, though, is purely Chilean. After the end of the Pinochet dictatorship in 1990, Liguria was the first bar to open its doors, marking the beginning of much better times. It’s seen the likes of many writers and poets over the decades, and even its decor reflects its place in Chile’s Bohemian history.

We shared a sandwich italiano, which gets its names from its avocado, mayo, and tomato toppings, pichanga, a mix of cut-up food, and some Chilean pico de gallo with our bread (they make theirs with cilantro). Everyone else also tried out strawberry-flavored borgoña, Chilean sangría. 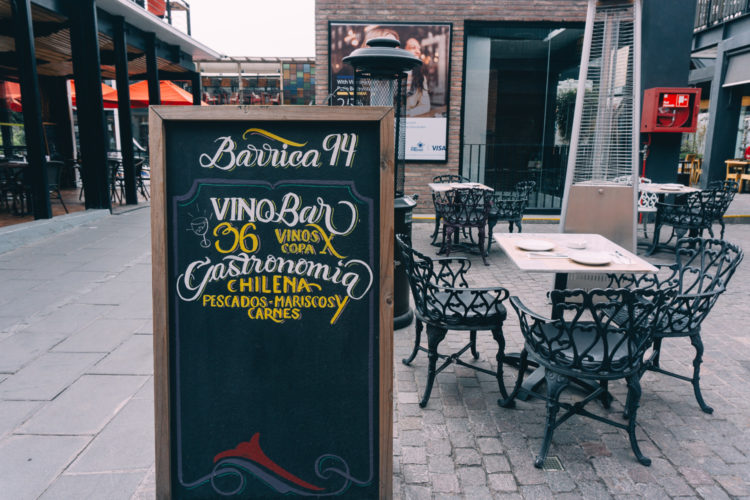 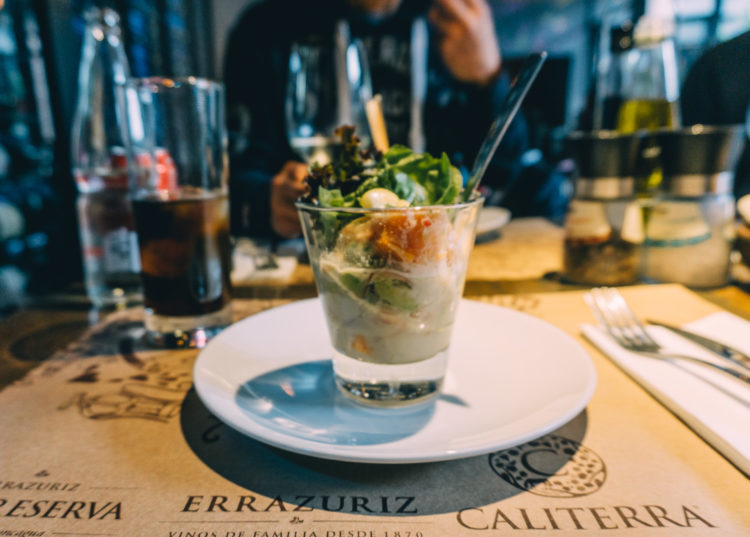 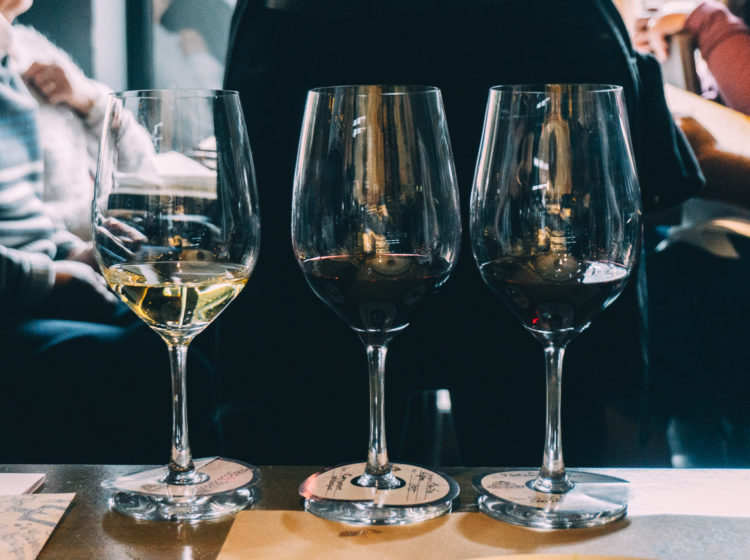 Our last stop of the trip was a wine bar in the Bellavista neighborhood called Barrica 94. Since I don’t drink, I had a Coca-Cola Light and water with my pairings, but I thoroughly enjoyed learning more about the art of wine drinking while Natasha did the actual tasting.

José let us know that while many countries’ wineries tend to differ from north-south, Chile’s wines actually differ from the coast to the mountains. Our six-course meal reflected this subtle shift and was absolutely delicious.

Who knew Chile is actually a fantastic country for wine? It’s actually considered one of the “new world” wine countries along with South Africa, New Zealand, the US, Argentina, and Australia. It’s also one of the few places to still grow Carménère wine grapes after disease destroyed most of them in France.

While there is normally a three-course lunch to finish the tour, we were pretty ready to fall into a food coma by the end of the Barrica 94 portion!

I loved this tour. I usually shy away from doing tours in general because I don’t like feeling rushed from place to place, and being in big groups flusters me to no end. Natasha brought up doing a food tour as she really enjoyed her ones in Barcelona, so I thought why not!

What I really love about foodTRIP Chile was how relaxed the day felt. We were the only ones on our Gourmet Santiago tour along with José and Claudia. José never rushed us through one place, and you can tell he has a huge passion for the way food can help someone learn more about a country’s culture and history. It doesn’t feel like a tour but rather a local friend or acquaintance taking you to some of the must-see spots in his hometown.

Definitely check them out if you’re in Santiago! It was such a lovely introduction to the city, and it’s quite obvious the company strives for the absolute best experience.

More on the Food Tour

Have you been on a food tour before? Where and how was it?

*Disclosure: This tour was in collaboration with foodTrip Chile. However, all opinions are my own.