So, when I first started planning my trip for South Africa, I didn’t quite realize how massive and diverse this country is. Somehow I thought it was reasonable to plan a trip around Johannesburg and Kruger and then get to the Western and Eastern Capes and still have plenty of time.

I wound up cutting out Johannesburg and Kruger (which, as a friend warned me once, really is quite out of the way) in favor of spending more time with friends in the Western Cape, Eastern Cape, and KwaZulu-Natal.

Check out this logistical guide to South Africa so that you’re not as overwhelmed as I was planning everything.

South Africa is divided up into nine provinces and bordered by two different oceans (Atlantic and Indian). You’ll find the climate will change as you travel, with a drier Western side and a more humid Eastern side. Think of it a bit like California vs. New York in terms of weather and humidity. 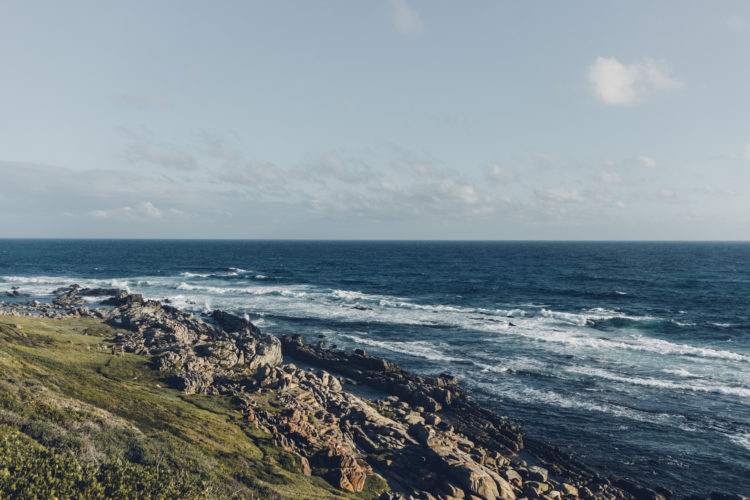 Along the Indian Ocean in the south, you can find half the Garden Route as well as Port Elizabeth and East London here. Major parks are Addo Elephant National Park and Tsitsikamma National Park. If you’re feeling adventurous,

The Free State is in the middle of the country and is most known for the Vredefort Dome, the largest and oldest meteorite crater.

The smallest of the provinces, Gauteng holds Pretoria and Johannesburg. You’ll most likely fly into this area. 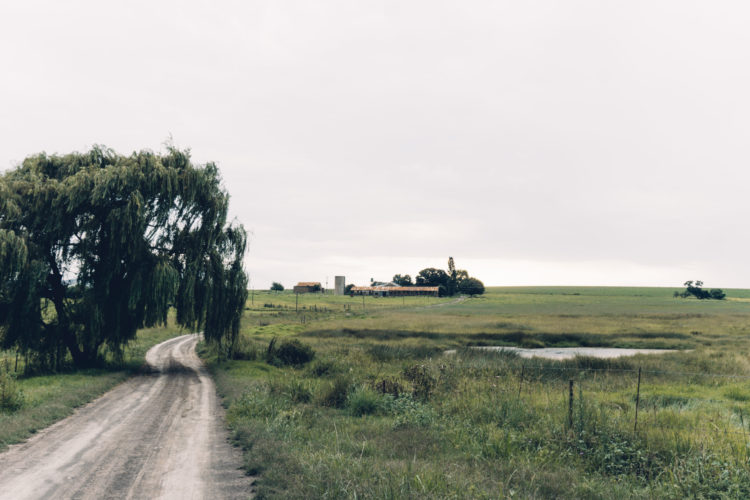 KwaZulu-Natal is above the Eastern Cape along the Indian Ocean. You can find both Durban and the Drakensberg mountains here. This is where I stayed when I visited my friends on their lovely farm.

Limpopo is the most northern province, bordering Mozambique, Zimbabwe, and Botswana. Parts of Kruger National Park are here as well.

Right below Limpopo is Mpumalanga, where you can visit other parts of Kruger National Park and the Blyde River Canyon.

The largest province of all, the Northern Cape takes up most of the western side of the country and borders the Atlantic Ocean. Namibia and Botswana are to the north. While not as high up on travel agendas, you can check out the Kalahari desert, Kgalagadi Transfrontier Park, and more here.

Above and to the east of the Northern Cape, this is where you can find Sun City and the Pilanesberg Game Reserve. 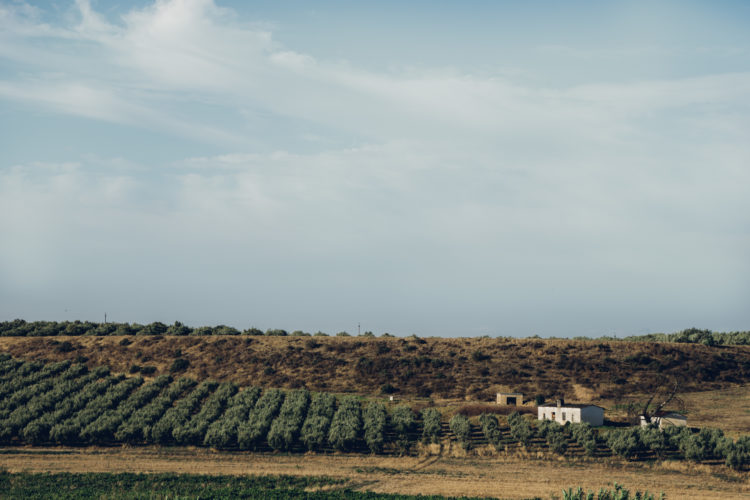 Probably the most popular of all the provinces, the Western Cape is along the southern border of South Africa and holds well-known places such as Cape Town, Stellenbosch, Table Mountain, and more.

South Africans speak English, so you won’t have issues communicating! There are definitely some fun slang words you’ll learn if you hang out with them enough, but I’ll let that be up to you.

There are, however, 10 other official languages in SA, the most popular being Afrikaans. We have a beginner’s guide here if you’re interested! 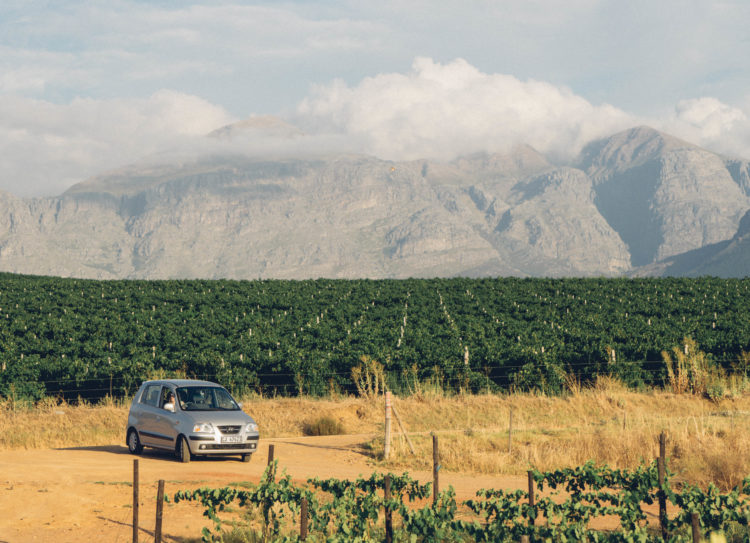 Flying In | The two major airports are O.R. Tambo International in Johannesburg and Cape Town International. You’ll most likely be flying into one of them.

Taxis | You’ll probably want to rent a car as everything is pretty far apart and parking is usually quite inexpensive. If you do need a taxi, most of my friends recommended downloading Uber, so I used it for both the CT airport and getting to the waterfront.

By Bus | There are four major bus companies: Greyhound, Intercape Mainliner, Translux, and SA Roadlink. You can also use City Bug or Lowveld Link. The Baz Bus has more of a hop on, hop off service.

By Train | There are many ways to take a train around South Africa. The Passenger Rail Agency of South Africa is the most well known, and MetroRail runs many commuter trains. Mid-range train services include Bushveld Train Safaris and Shongololo Express. If you want to experience luxury, book the Blue Train or Rovos Rail.

Driving | Keep in mind driving is reversed from the US and similar countries, and manual cars are more common than automatic. I was lucky to have many friends who drove, so I didn’t need to worry about renting a car myself or getting my international license. Easily the most recommended thing to do is find a way to drive. It’s quite inexpensive, and you’ll have a lot more time to stop off in smaller towns and enjoy the scenery. 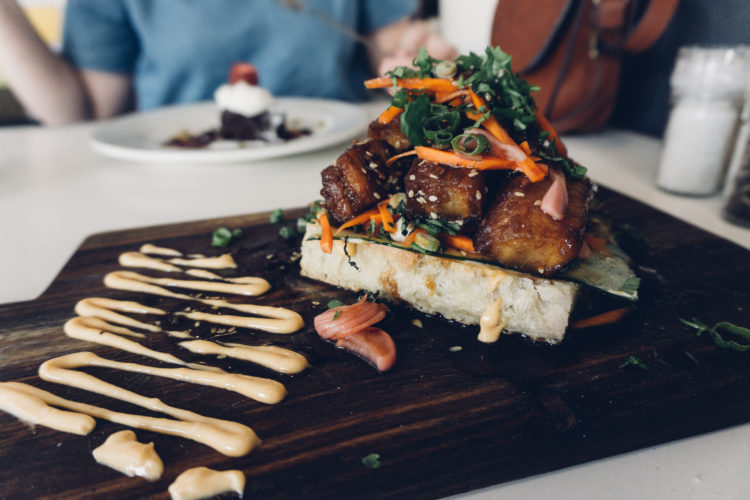 Toilets | Everywhere I went the toilets were incredibly clean and well kept. Some gas stations will require you to pay to use the toilet, but it’s usually 1 or 2 Rand, which comes out to less than a penny.

Water Quality | Water is safe for consumption around the country. Most people drink the tap water, and in restaurants, if you want water, just specify that you want tap water. You may want to take precautions if you’re in much more rural areas, but over all I had no issues in all the towns and cities I visited.

Food Quality | The food is delicious, and you won’t have issues eating wherever you want. You’ll probably find yourself eating in restaurants or cafés. I don’t recall there being any sort of street food scene in the cities.

Visa? | U.S. citizens do not need a visa if their visit is less than 90 days. For more information on if you need a visa, check here.

Plugs | The SA plugs are a bit different than what I’m used to (i.e. US or European/Korean). You’ll want a Type D or M converter and can pick one up at the airport easily. If you do have European style plugs, I’d bring those over the US as sometimes you’ll find those plugs as well.

Generally be careful and have common sense if you’re pulling money out at an ATM. I read somewhere that sometimes ATMs won’t work with foreign cards, so to be on the safe side I just transferred all my money beforehand (I did mine at the airport, but you can do it at a bank and the rates are probably a bit better).

Tipping | It’s normal to tip at restaurants and gas stations at around 10% minimum. Some will add a gratuity or have tip jars to make it easy.

Phone | I got a Vodacom SIM card as soon as I got off the plane in Johannesburg. Data plans are a bit expensive, and the SIM is good for about a month of travel. I got a 5GB plan to start and wound up refilling to a 10GB plan since I needed to use my phone a lot for work and the first places I stayed didn’t have Internet. I think overall I paid $40-60.

Internet | My friend warned me if you’re traveling around the Western Cape, Internet is a bit more sparse than in the cities or other places. Definitely, invest in getting a Pocket Wi-Fi or Data plan (though often times I only had 1 bar) if you need to stay connected.

Any tips you have for visiting South Africa? 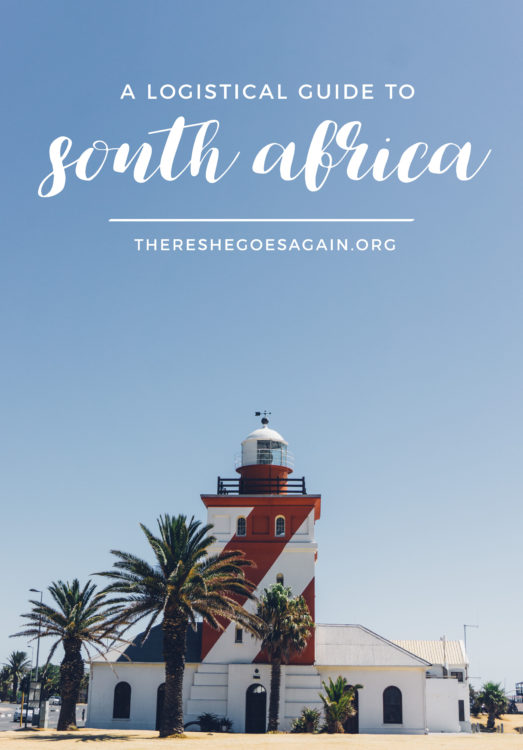