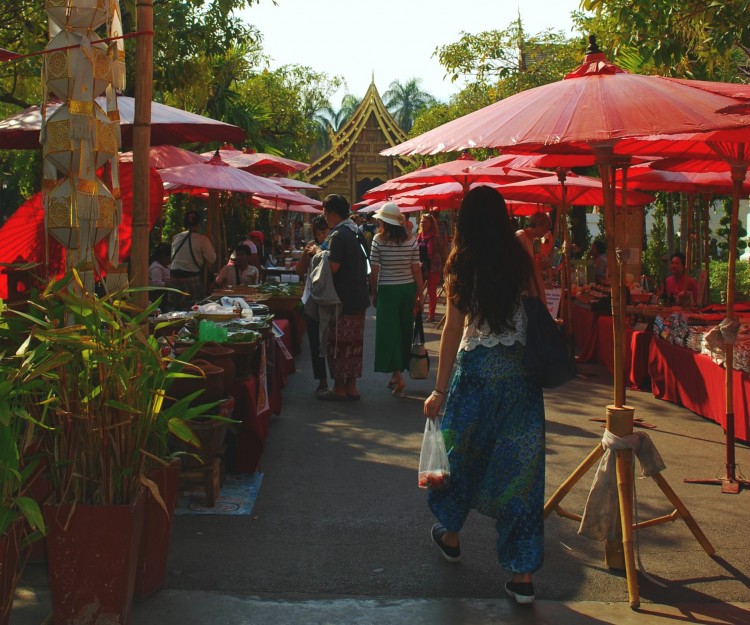 Last year I, with four expat teachers, spent winter vacation ditching the cold and visiting Thailand (and Cambodia). As I’m preparing to do the same with Vietnam this February, I’m doing a lot of googling, forum-reading, and comparing for the little details that often escape our attention. While I definitely am going to have travel guides chock full of places I visited, I also wanted to put together a more something more practical.

I have a general guide on how to plan a trip, but I want to go a step further and make some specific to each country based on my own experience. These are meant to answer questions like, “What the heck is a visa on arrival?” or “What plug do I need…” or “Is this legitimate?” At the worst, planning trips to brand new places can be a little overwhelming. At best, keeping track of the details can be a headache, so hopefully, this helps alleviate both of those problems! Without further ado, a logistical guide to visiting Thailand.

A Logistical Guide to Visiting Thailand

Here’s a map that roughly outlines Thailand. It’s deceptively large like a lot of South East Asian countries tend to be. I’m only going to talk about the North, Central, and South, but it’s worth noting if you want to explore Thailand more in depth, you have two whole sections (North East and East) to look into. All three regions had pretty distinct personalities, so if you want a better feel for the country, I definitely recommend splitting your time between each.

We went to Chiang Mai in the north, and I felt the overall vibe was very chill. I imagine it’d be a backpacker’s paradise.

This is where Bangkok is. I don’t know about the whole region, but Bangkok itself is very much a city, and the pace felt faster.

This is beach paradise, and probably where 99% where your imagery of Thailand came from before you did any research. Yes, those waters really are that blue and the cliff sides that beautiful.

Most people will speak a little English to help you out. Thai people are generally quite friendly, even if sometimes it’s because they want your money (but more often than not they’re just that friendly!). It’s not known as the land of smiles for nothing.

Does anyone speak English? – mee-krai-poot-ang-grit-daai-mai? 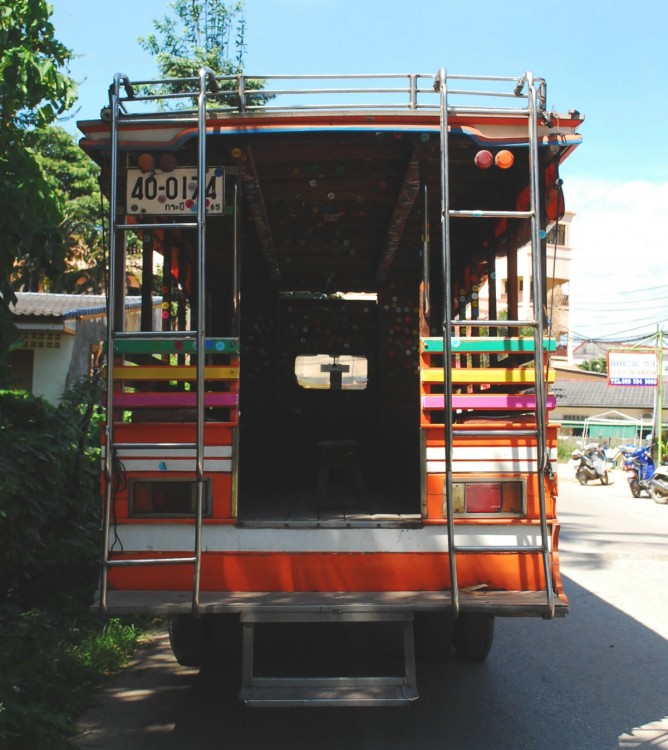 The airport is pretty straightforward and modern, and you should be able to get through without any issues. We flew with Jeju Air from Busan, and while it was definitely a cheap flight, it was still bearable.

We were in an all-female cabin from Bangkok to Chiang Mai and back, and we felt quite safe the whole time. There were a lot of different nationalities on board with us, and the staff was pretty friendly (with the exception of the lady who woke us up to leave in Bangkok… she was rude). We found the train times aren’t quite exact. I don’t think we ever left or arrived when our tickets said. Just make sure you are there in time, and prepare to wait a  bit if it’s delayed. Also, bring snacks. The food on board is okay, but you might be better off with your own food for the trip. The bathroom is clean, but it doesn’t smell the best. I found it was much better at night, though.

We flew with Nok Air from Bangkok to Krabi, and it was a very cute plane. The flight was less than an hour, but I remember the crew being friendly. Everything was straightforward, and we even got little snack bags with water. Definitely, would recommend them for flying within Thailand.

Check Kiwi to see the different costs. You could even set-up for multi-city if you want to plan your whole trip this way.

This is the only time in all my travels I’ve ever felt unsafe, and I don’t recommend doing border crossings on land. Just fly. We crossed from Bangkok to Cambodia and not only was it a long, miserable journey, we were constantly in fear of being robbed or scammed at the border. Our bus literally dropped us off in the middle of nowhere, and we had no choice but to go with a man offering visa services which were a total scam.

It was one of those situations that we could have never gotten out of. We didn’t know where we were, where the government building was, or even where the crossing was without going through the scam service. It’s not even the pricing, which wasn’t that much worse, it was the smug look on their faces because they knew they were ripping us off and there was nothing we could do. And they kept trying to add in fees and scam us more the whole ride to Siem Reap. Thank goodness I read online about Cambodia only using the dollar and using the Riel for smaller change because the guy tried to get us to exchange ALL our money with him right in the middle of everything.

It differs a bit in each place. In Bangkok at different points, we took the sky train, a passenger boat, taxis, and public buses. All were fine, and obviously, the buses and passenger boat were insanely cheap and pretty easy to use. Just make sure you ask the taxis to put the meter on before you go, and get out if they do. It’s not recommended to take tuk-tuks either. In Chiang Mai, you actually bargain with your taxi driver before he takes you, and it’s more of a private bus situation. It’s an open back van, and it’ll stop with each person and where they want to go. In Krabi, we walked everywhere unless we arranged an activity with our hostel, in which case someone came to pick us up.

I honestly can’t tell you much about public restrooms because I avoided them at all costs (I generally don’t like public restrooms no matter where I am in the world). But all the ones I had in my rooms, the trains, and the airports were clean. Smaller, obviously, and you have to throw away the toilet paper into a trash can, no flushing.

Perfectly fine! I wouldn’t recommend just chugging it, but for brushing teeth, taking a shower, etc the water is clean and no one got sick from it on our trip. Lynsey said her hair reacted better to the water in Chiang Mai than anywhere else if that helps you too ;)

Excellent. There’s a reason Thai food has spread around the world. It’s flippin’ delicious. Also, again, no food poisoning from anyone. 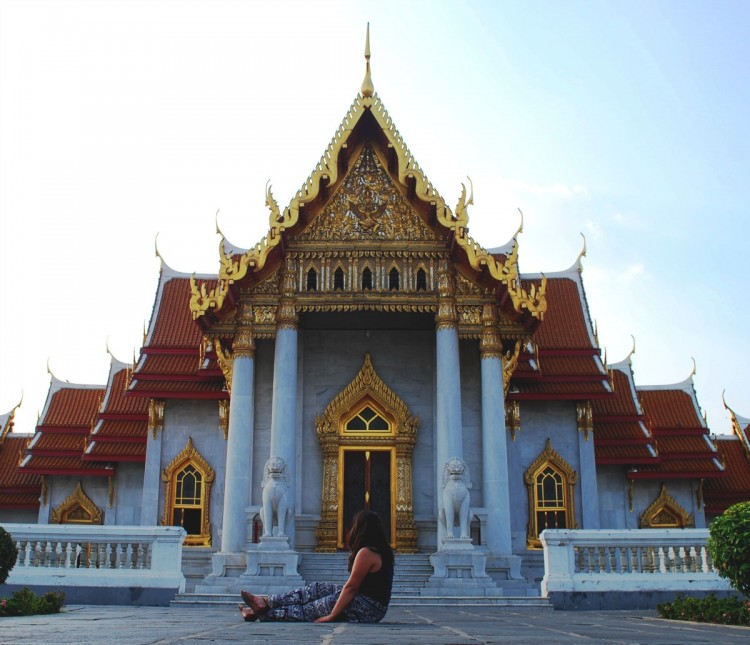 Visa? | You don’t need a visa if you’re from one of the countries listed in the link! Not even the South Africans needed one!

Plugs | 220 Voltage, and the sockets are A/B/C. If you have American-style plugs, you’ll be fine.

Tipping | We didn’t tip in restaurants or bars, but for taxis/tuk-tuks, we just rounded up.

Phone | If your phone is unlocked, I recommend picking up a prepaid data SIM card at the airport. It lasts quite a while, and you can add more money on at a 7/11.

Currency | Everything is in the Thai Baht (THB).

There you have it! Anything you think I missed? Let us know about your experiences visiting Thailand!