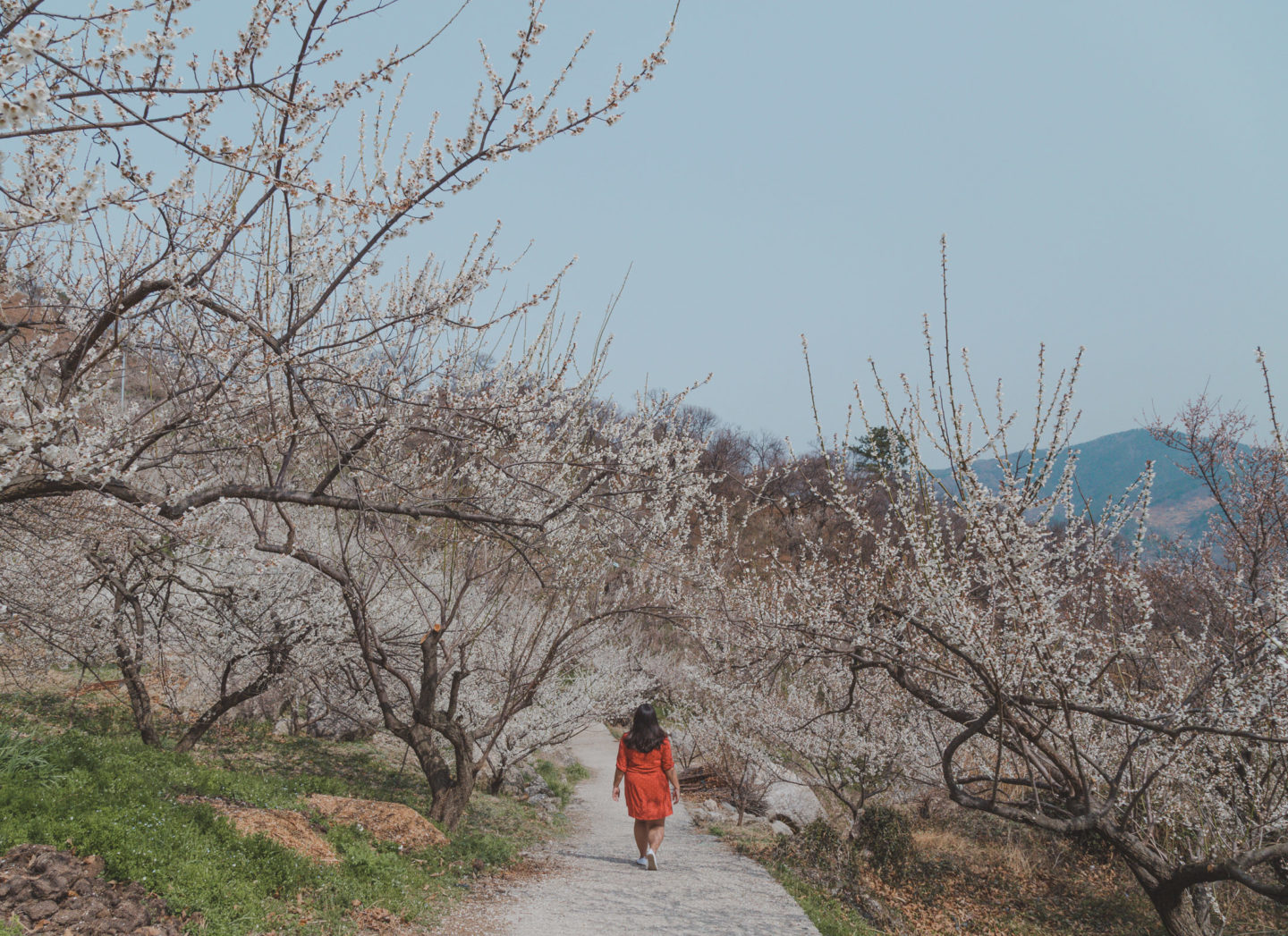 Howdy! As is typical, this update is coming out a full 9 days in to April… Maybe I’ll get April out at a decent time? Maybe.

March has been both a busy and fun month. I’ve been taking advantage of having my early afternoon classes canceled by visiting as many flower festivals as I can during the week, and hanging out with friends on the weekend! Let me see if I can remember everything!

Book Club! This was actually the last big book club for a bit since we’re losing 3 members in April. We read The Constant Princess and generally had a more relaxed meeting. I think we were all a bit tired from the public school teachers getting back into the new year and just being over the winter chill.

I do distinctly remember Dani making the most delicious veggie burgers! She sent me the recipe, so once I make them for myself I’ll pass it along. They were so good, I’d give up red meat for them.

The rest of the weekend was hanging out at the Hedgers’ on Saturday and church in Namwon on Sunday!

A fun Busan weekend! I went down with the Hedgers and friends Friday night and we left around Sunday afternoon. Basically a weekend of eating out, hiking to Seokbulsa (Seokbul Temple) and finishing with an early morning spa day at the king of all jimjilbangs — Spaland.

FYI if you’re craving foreign food, check out Boi Brazil! We went to Fuzzy Navel and were pretty disappointed with the food quality! Definitely not as good as I remembered from the Gwanghalli location a few years ago. We went to Boi Brazil Saturday night after a friend’s suggestions, and it was delicious. 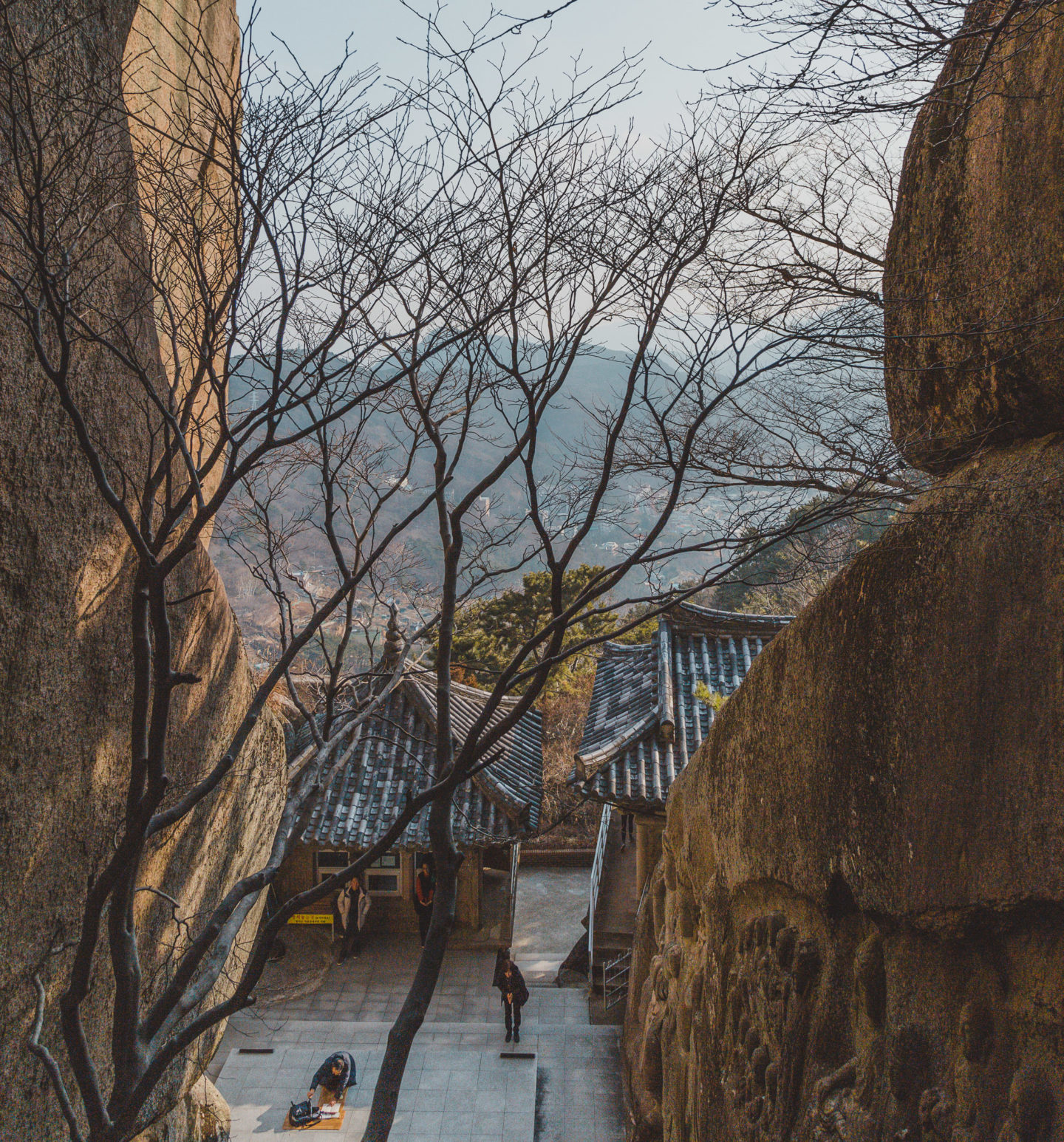 I can’t for the life of me remember what I did Saturday, so I must have chilled all day or caught up on work/study. Sunday was a church day.

This was another fairly chill weekend, though I actually had people come to Suncheon to meet me! I got my lamb craving fill when the Hedgers came up for dinner, and then I got my honey bread craving fill Sunday when I met up with Stacey. Neither of these things you can really eat solo (I mean you could, but they’re even too much for me!), so I’ve been craving both for a while.

One of my favorite things to eat out for are lamb skewers. They’re not traditional Korean food at all, but they’ve become fairly popular in the last year or so. My restaurant also has some pretty delicious side dishes.

I’ll save Easter for my April update!

Saturday morning I got up bright and early to meet Stephanie and Stacey for an engagement photo shoot for Stacey’s brother and fiance! One of my random gigs/hobbies is styling photo shoots, so I styled the shoot while Stephanie was the photographer. It was actually pretty easy since they were dressed in hanboks (traditional Korean dress), so all I had to worry about were accessories, hair, and make-up while helping frame or fuss with some details during the actual shooting.

We shot down by Dongchun river with the cherry blossoms and then went to Seonamsa for the teahouse. Stacey and I hadn’t even known about the teahouse when we hiked Jogyesan, so it was something new for all of us. When Stephanie blogs about the shoot, I’ll link her post so you can see the photos!

Afterward, Stacey came back and I actually made lunch instead of us going out to eat (I feel like I’ve been undoing all my restraint in February about eating out), and then we went over to her brother’s place for an early Easter dinner. They’re South African and he made a roast lamb. That’s all you need to know to imagine how good it was. I also made this healthy sweet potato souffle I hadn’t made in ages!

I will say not being with family on major holidays is a bit of a bummer, but I’ve always had the best time in Korea with friends! We all have our favorite traditions and bringing them all together is really fun.

And that’s about it for March!

What I’ve been Reading

I actually wrote a whole post about all the books I’ve read so far in 2018! Check it out here.

What I’ve Been Making

Home Plus has had full salmon fillets, so I’ve also been eating more salmon since it’s my favorite.

Well, George Ezra finally came out with his sophomore album, so I’ve pretty much been listening to that on repeat! “Get Away” and “Shotgun” are definitely my favorites.

I also really like “No Excuses” by Meghan Trainor. It’s just fun bubblegum pop, so if you like her other stuff, you’ll this one too!

What have you been up to?