[dropcap]F[/dropcap]rankfurt is actually the first time I’ve had a layover long enough to explore the city. When I booked my flight to South Africa, I wound up having a 14-hour one. Since it’s been nearly four years since I was last in Europe, and I had never been to Germany before, I decided to plan at least a small excursion into the city. After googling some images to see if it’d be worth it, I saw something like this:

It was a pretty easy decision, even if I was very poorly dressed for winter weather and exhausted from a sleepless flight across the Atlantic. A quick search in one of my Facebook groups led me to this post on exactly what to do, so I knew it’d be a fairly easy trip.

I paid about 6 euros to check my weekender bag at the airport and then headed to the metro station to figure out how to get into the city.

Naturally, I struggled because I’m the worst with directions, especially in a new country. I honestly can’t remember the exact instructions. Someone helped me buy my ticket, and it wound up being the wrong one. I was sitting on the train when one of the guys came around to check and told me I needed a different one and could get off at the next stop to rebuy.

Luckily, he didn’t fine me, but, you know, be careful just in case.

I got off at Haptewache station and headed to Romerberg from there. Romberberg is the Old City center and easily the prettiest part of the city.

I could have definitely planned a lot better and even fit in a side trip to a smaller town nearby (14-hours is an insanely long time to spend in one place!). If you’re savvy enough, you could rent a car and head out to Eltz Castle, which is easily one of the most stunning castles I’ve seen on Instagram lately…

I walked all around Romerberg, around the Main, and across the bridge before going to a nearby mall to get warm.

Since I was working on maybe an hour of sleep, I was starting to get that delirious-bleary-eyed feeling after sitting down to my hot chocolate. Worried I’d wind up falling asleep in the middle of a shopping mall, I decided to go back to the airport for a nap. Back at the airport, I grabbed my back, discovered my terminal was gloriously empty, and fell asleep for a few hours sprawled across one of the benches.

As you can see, I didn’t fit a ton into my layover, so I didn’t think it’d be right to write a full layover guide (plus, to be honest, there’s already plenty). However, it was the first time really playing around with my Sony A6000, so I thought I’d share some of my favorite shots: 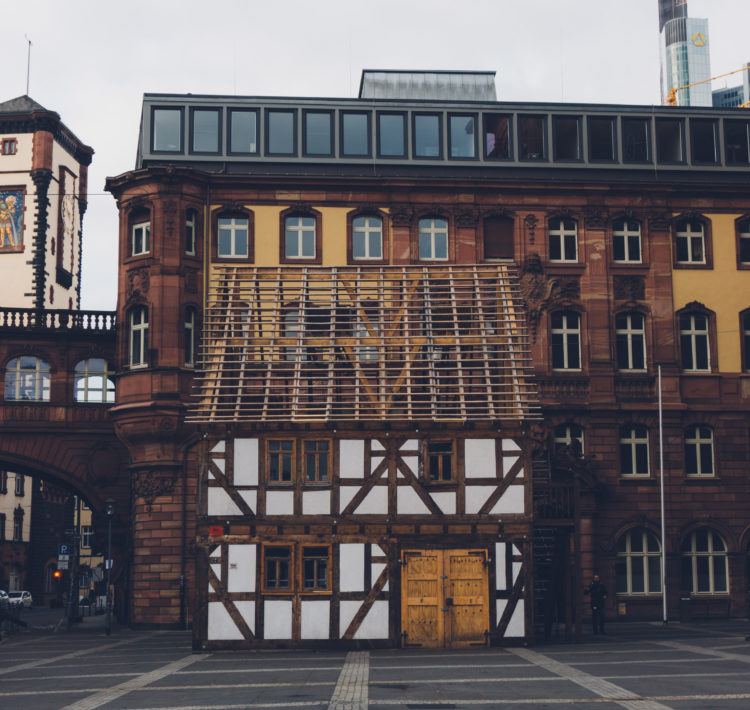 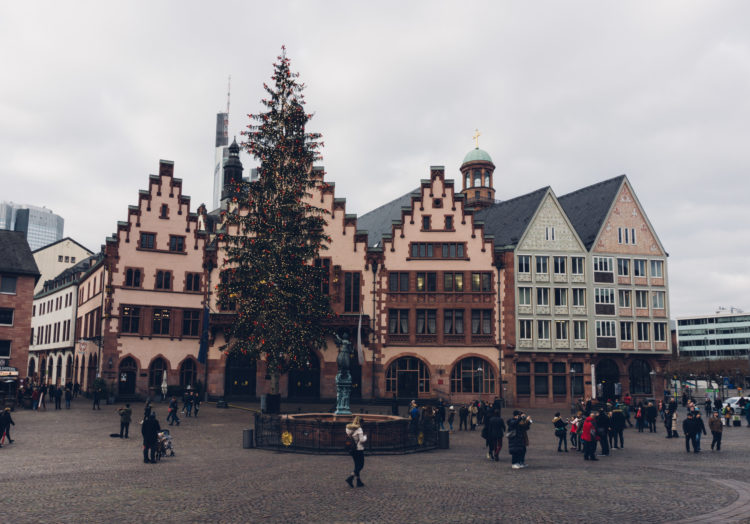 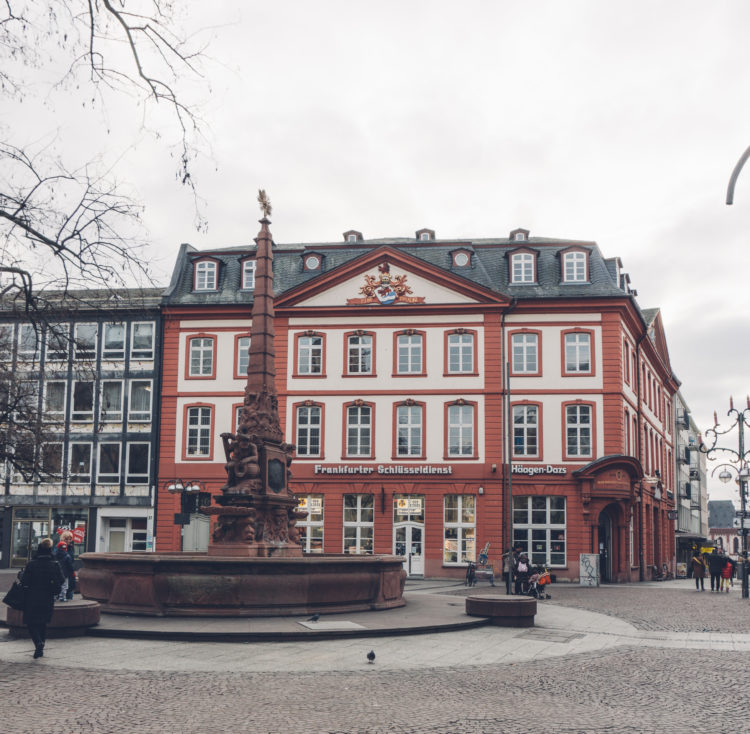 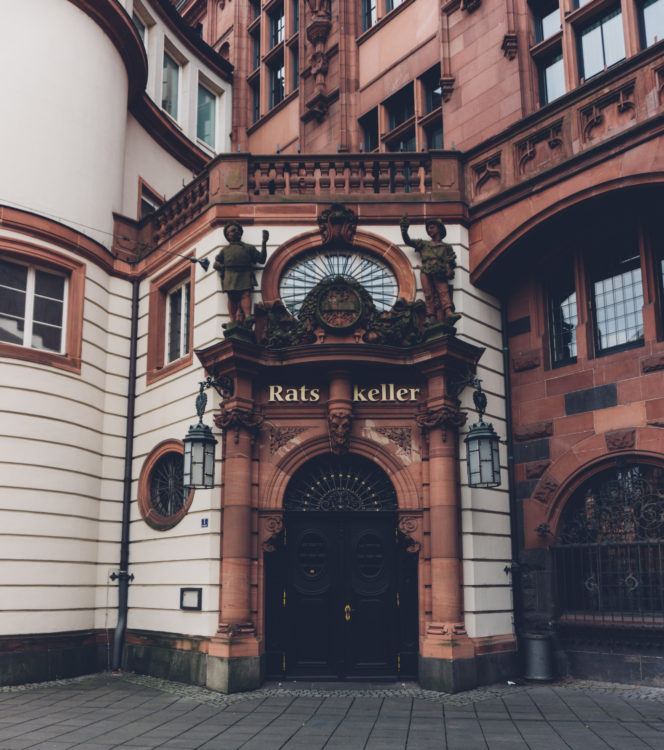 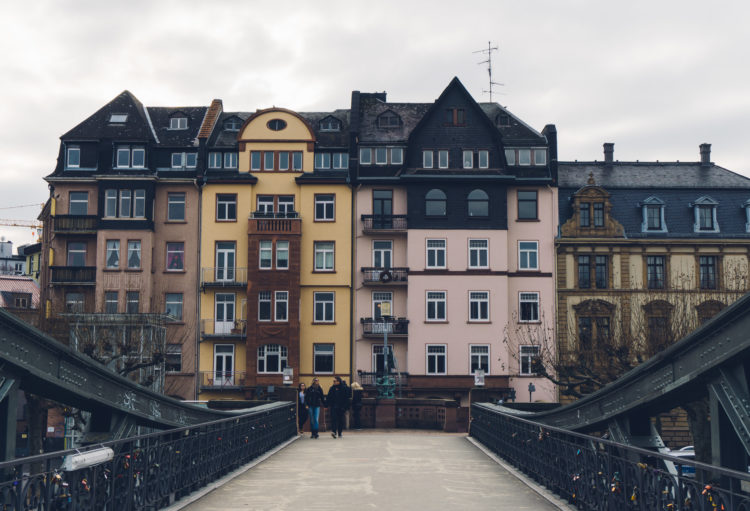 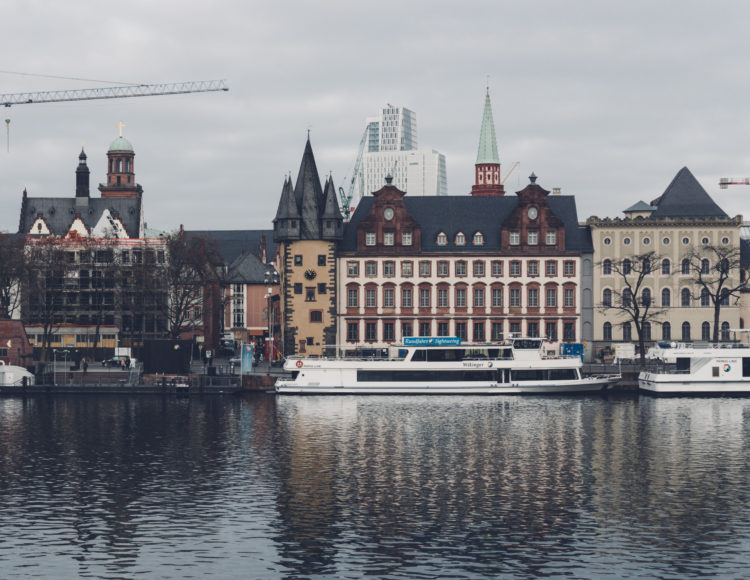 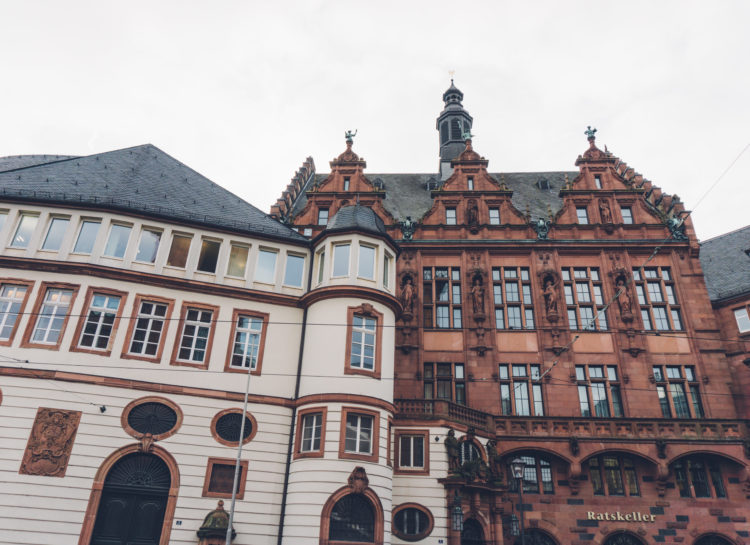 Anyhow, Frankfurt was seriously beautiful, and if you’re wondering if it’s worth it to leave the airport, it is. From what I’ve read, it’s not even the most beautiful German city, so I’m pretty excited to someday get a chance to really explore all around the country!

Where have you been on a layover? Would love to get some ideas for the future. 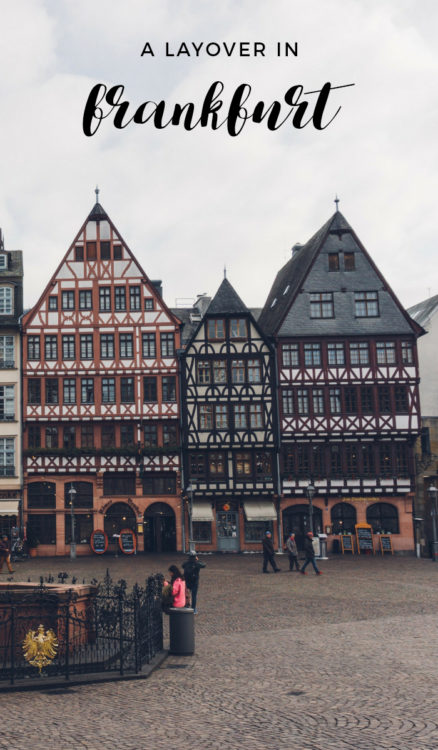