With a big trip over winter vacation to Thailand and Cambodia and a huge European tour coming up after her contract ended in March, Lauren set her sights for a long weekend in nearby Japan. Four days between Kyoto and Osaka. All. By. Herself.

“I went to Kyoto and Osaka because I wanted to try to get a well rounded experience of the country. I decided on Kyoto, one of the most beautiful places I have visited, because it’s abundant in historical Buddhist temples and gardens. It is also home to the infamous Gion district where you can spot a geisha roaming the streets at night.

Osaka is one of the bigger cities in japan, and I definitely recommend going there too. The downtown Dotonbori district is a hub of interestingly dressed Japanese men and ladies clad in what could only be referred to as ‘Anime Attire.’ The bright neon lights, the vibey music from the stores, the ‘fashion’ and trends– all so different from the Western world.”

With Japan so close by, why did Lauren choose to go alone instead of gathering up a friend or two to join her?

“After my China trip with my group of friends, I almost felt a bit empty. Like I had been cheated. I love my friends, don’t get me wrong, and I had a great time. But it just didn’t feel as authentic as I would have hoped. Like I said, it felt like a daydream.

“I am definitely someone that processes things in her own time. I don’t want to feel rushed; I don’t want to be told what to do. I just want time to marvel at things that stir something within me.

“That’s why I knew I had to do Japan alone. For a country so beautiful, I didn’t want to come back with the same empty feeling.” 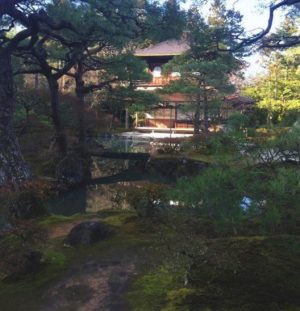 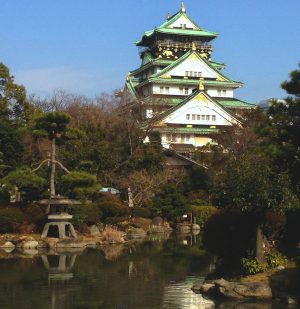 While in Japan, she stayed in Hotel Wako in Osaka and A-yado Gion in Kyoto. While she recommends A-yado Gion for its location in the, you guessed it, Gion district, she does not recommend Hotel Wako in the least bit. Between the smoke smell, the neighborhood location, and lack of festivity, it was not worth the single room. Her stay in this neighborhood was both the worst and scariest parts of her trip.The directions from the airport to the budget hotel are vague, and she found herself lost in the rain and wary of everyone around her. “All I wanted was a friend to be sharing in my pain…. but I was alone.”

When she walked to and from the subway, the streets were filled with drunk, old men and one man even tried to start speaking to her and followed her until she ran away. “I’m pretty sure he wasn’t going to attack me, he probably just wanted to talk to a completely estranged foreigner, but I’m South African– we were raised not to speak to strangers.” She recommends future travelers to stay within the Dotonbori downtown district as this is where you’ll want to be, and it’s very central.

Luckily, this was only small part of her whole trip, and the rest of it was nothing short of amazing. Lauren loved being able to do and go as she pleased, and she learned how to enjoy her own company. “Before, I always used to depend on other people for company, and I would go with the flow. When you’re alone you realize that you need to love yourself enough to step up to the plate. I learnt to laugh at my stupid selfies I’d take, I learnt that it was okay to eat alone in a restaurant, and I learnt that I like to do weird dances to cheer myself up in the middle of the street.”

Her best moment is a clear contrast to her worst. At Ginkakuji (the Silver Pavilion), a 15th century temple in Kyoto, she had some time to really let where she was sink in. “As I was walking through the garden, I just stopped, put down my camera, and breathed. I’ll remember that moment forever. It was an ‘I’m alive. I’m here. I’m blessed’ type of feeling you long for when you travel. Everywhere I looked was beautiful– nothing could pop my bubble.”

While she would definitely recommend traveling alone again as a “completely different, emotional experience,” she does warn that one of the least enjoyable parts is coming home and not having many people to relive it. “But in a way, that’s what makes it so special too–a moment entirely your own that no one can taint.”

“Sometimes you’ll wish that someone were with you sharing the laughs and the scenery…. BUT nothing can touch those moments of absolute clarity when you’re completely immersed in where you are and 100% okay with being there by yourself.”

As for her last piece of advice? “Take as many opportunities as you can to travel. You never know when you’ll get those chances again. One of my favorite quotes is: ‘The world is a book, and those who don’t travel read only a page.’”

Interview by Samantha, Photographs by Lauren