Oh my kimchi. No food is more quintessentially Korean than this piece of fermented cabbage cuisine. I’ve become very familiar with this side dish, its various flavors, and its use in a variety of different soups and entrees. Last year my friend invited me up to Seoul to make kimchi with her co-teacher’s family, and just a few weeks ago I made kimchi jjiggae (stew) in my cooking class. Since it’s coming up around the time I first got to experience making it with my own hands, I thought I’d do a post giving you all the details about kimchi. What’s all the craze about this pungent smelling, sharp tasting dish anyway?

For starters, let’s talk about what exactly it is. Essentially, kimchi is cabbage scrubbed in salt and a sauce and then stored for the winter. When I made it with my friend’s co-teacher, we were helping make enough to feed her family for a year. In a big tub, they mix up the ingredients for the sauce– these days it typically includes red peppers, radishes, garlic, seasonings, and more. Every family has its own recipe, and every region is a little different. I think our sauce had some pears and even alcohol. UNESCO describes the cycle as collecting the sauce ingredients in the spring, gathering sea salt to brine in the summer, harvesting the chili peppers in late summer (by the way, living in the countryside, I saw them laid out everywhere), and then making the kimchi in the late autumn before winter comes (called “Kimjang”). 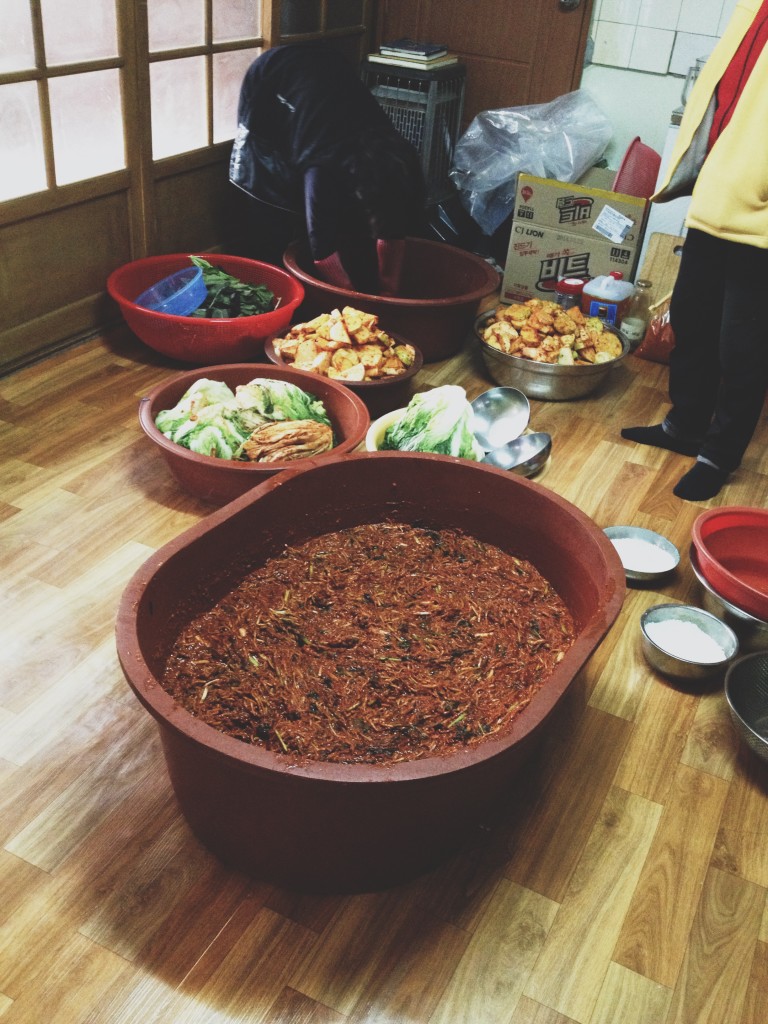 The day before we came and helped, the family had cut the cabbages and salted them. They had just finished rinsing them off when we arrived. We stood over huge tubs of sauce, took a cabbage in our hands, and then carefully began coating it in sauce. Not too much, definitely not too little. Peel back the layers carefully, stuff a lot in the core, and then coat outward, using the most outward leaf to wrap it all in. We then put them in the tupperware bins where another woman sprinkled the salt over them. They would then ferment for at least a week before being stored away in their own fridge. Yes, some households have a whole extra refrigerator just for this stuff.

In terms of its place in Korean culture, kimchi was first recorded in the 13th century. The red peppers that it seems anonymous with now, were not actually introduced into recipes until the 16th century. It’s been touted as a super food, and many claim it kept Korea safe from the SARS epidemic that seemed to plague Asia a few years ago (I also swear it’s how they maintain their figures with all the fried chicken and soju they consume!). It has bacteria lactobacilli and vitamins A, B, and C. It can lower your cholesterol, shed weight, prevent yeast infections, help with digestion, and even prevent cancer.

I personally prefer kimchi fresher or mixed into other things. If you find the flavor too sharp for you, I highly recommend trying kimchi jeon (pancake), kimchi jiggae (stew), or kimchi fried rice. They’re seriously delicious, and perfect for a cold, wintry day. 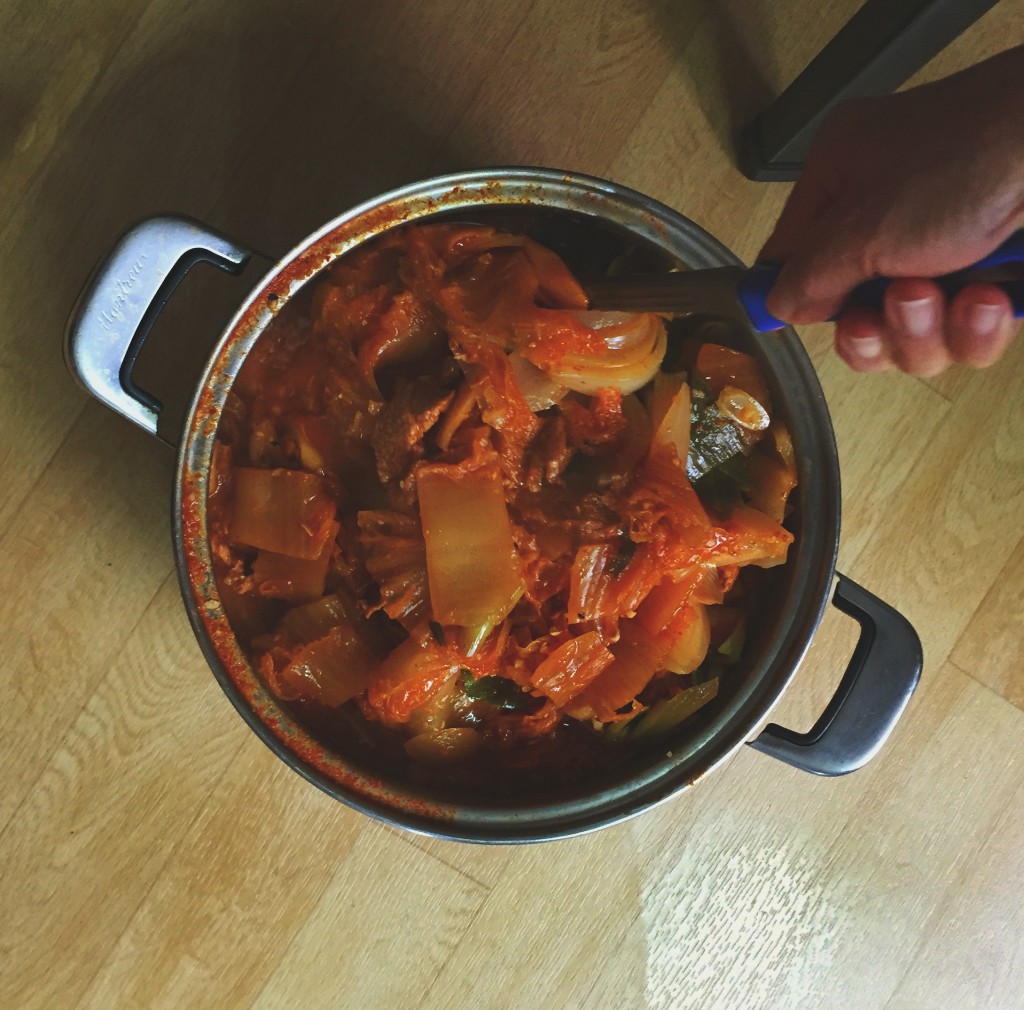 Have you ever tried Kimchi? There’s a fairly new trend in the US to use kimchi in Mexican food! Buzzfeed recently made a kimchi quesadilla that looks delicious.