Lately, I’ve been doing some research into Florida both for work and because I’m hoping to visit a friend living in Orlando at some point this year. While I’ve been down to the Sunshine State quite a few times, I’ve always visited specific destinations. Disney World, Universal Studios, and Miami tend to get the most press, but I’ve discovered a lot more beautiful, lesser-known towns that deserve some love. Here are eight places to visit in Florida if you’re not into family time at Disney or the crowded shores of South Beach.

One of many islands along Florida’s coast, Amelia Island offers a beautiful mix of history and luxury.

This town popped up a number of times in my research, and I can see why. Known for its pre-Civil War architecture, Apalachicola is tucked away along the coast. It’s a truly small town with only a little over 2,000 inhabitants.

I feel like I can’t talk about an American state without at least talking about one national park. The Everglades is somewhere I’ve always wanted to see. It includes over a million acres of wetlands, and every photo I’ve ever seen of it just looks incredible.

Of all the places Ernest Hemingway called home in his lifetime, the one that surprised me the most was Key West. This is the only place I’ve actually been able to visit on this list. Since I was always training for swimming during my visits, I never had a chance to enjoy the area. The island city is a much quieter, calmer alternative to the more hectic Miami and South beaches. Don’t miss trying the key lime pie!

Founded almost 500 years ago, St. Augustine is considered the oldest continuously occupied city in the continental United States. As such, it’s full of gorgeous colonial architecture all around its historic center.

Close to Tampa, St. Petersburg is surrounded by water on three sides. Enjoy its beautiful art scene and some gorgeous beaches while staying in some incredibly charming inns and hotels. I personally can’t wait to visit the Sunken Gardens, and there are about 15 below street level in the city’s downtown.

For a taste of Greece, head to Tarpon Springs. Thanks to the many immigrants who have arrived in the area to harvest sponges, Tarpon Springs has developed its own Greek culture to mix with its riverfront history.

This list is honestly only a start to all the places I came across while researching Florida. It’s always crazy to me how many smaller, off-the-beaten-path towns you can find around just one state in the U.S. I would never have guessed that little pockets of rich culture dot Florida and allow you to take your trip far beyond the amusement parks and party beaches.

What’s on your list of places to visit in Florida?

*This post was created in collaboration with Hotel Planner. 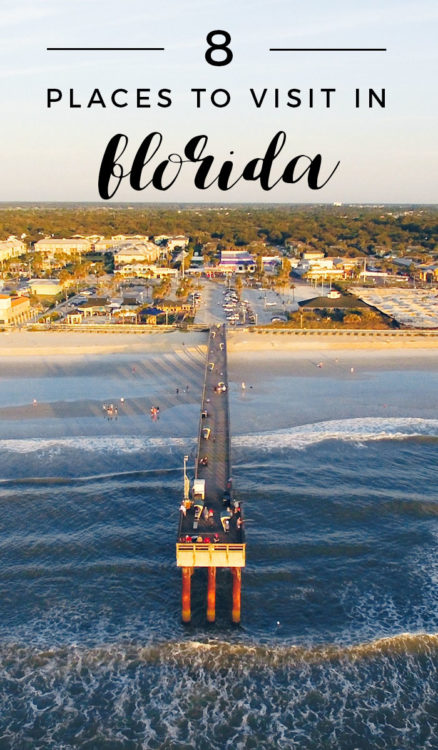