#Korea is a weekly series on my blog documenting my time leading up to and during to my year in Korea. Check out the original post for a longer explanation here.

What a weird week it’s been. I finally drove back to Pennsylvania this past Tuesday, but it wound up being a two-day trip with all the weird traffic I hit. I wound up stopping in Cape Charles to crash with my friend’s brother when it got to about 7 p.m. and I still had at least four hours to go. There was even a point where traffic was a total standstill. I pulled out a magazine and read the whole thing while people were getting out of their cars and walking around.

Getting back on Thursday (to my Grandmom’s house since my parents officially sold and moved out of my childhood home), I realized the fingerprints I thought I go was actually some unofficial letter saying I passed a federal background check… What?! I had gone to the UPS Store to get fingerprints, and they told me I’d get them mailed to me 2-4 weeks later.

Turns out there was a huge miscommunication at the UPS Store, essentially caused by the main woman (I suppose she was a supervisor?) terrorizing the two younger employees and creating a weird atmosphere. The guy from Cogent (where UPS sends the fingerprints) basically said the UPS Store miscommunicated what I’d get back and since I checked some box when I filled out the form, no, I couldn’t get my $25 back. Whatever. I basically asked him if he or his higher-ups could reprimand this store since the whole thing was absolutely ridiculous.

I then called the UPS Store to complain myself because who knew if Cogent would be bothered to pass on the message, and it turns out the supervisor had been let go. Turns out I wasn’t the first person to call to complain about the way she talked to her employees. Either way, I told the guy I didn’t need to talk to a manager as what I wanted to complain about was essentially solved, and it was time to let it all go. I’ve lost more money before from miscommunication (shout to that intern abroad program that promised me I could get an internship in China working with adoption and orphanages, only to turn around and let me know that that would be too touchy of a subject after paying one of the initial $200 nonrefundable fees), so c’est la vie.

Also I knew I should have just gone to the police department like I did the first time around. I didn’t remember needing to wait so long to get my fingerprints back (in fact, I’d guess I walked out with them), and now I’m 2-4 weeks BEHIND schedule, which is frustrating. I tried calling my new police department, and it turns out I need to schedule an appointment and the woman in charge of scheduling already left for the weekend. So I called my smaller, old police department, and am going there first thing Monday morning.

It’s been kind of stressful, actually, and now I’m not entirely sure I’ll be able to start in August. Will keep you updated!

Next Monday is a major get shit done day:

Other things that are making me a little less stressed:

How are you guys? Let me know! 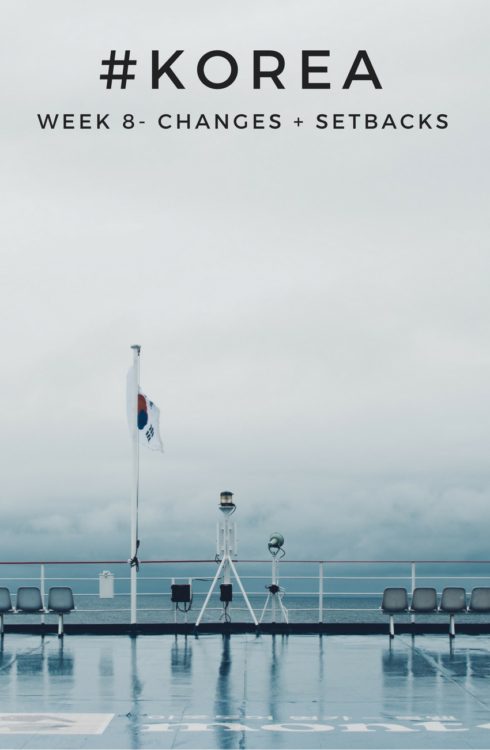