This post might be a trigger for those dealing with suicide, depression, or anxiety. If you have suicidal thoughts, please reach out to someone. At the very least, call 1-800-273-8255 to reach the National Suicide Prevention Lifeline. 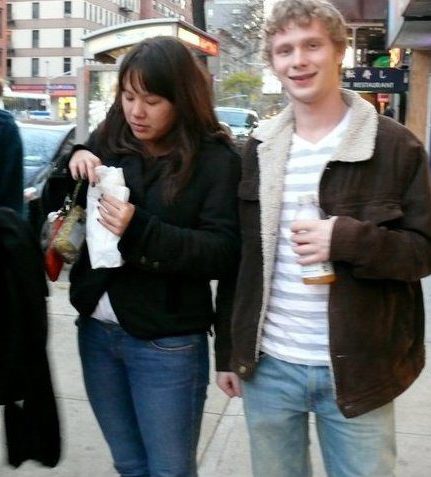 Yes, this post relates to the sudden death of Anthony Bourdain via suicide. I’ve been wanting to write about my friend, Chris, for a while now, but I’ve never figured out how to put anything down in words.

You see, I liked Anthony Bourdain, but as someone who was never a foodie, he was not a direct inspiration or role model for me. Of course, he was more than a foodie, and now I’m going to dive into his work, but it’d be highly disingenuous of me to tell you I feel more upset at his passing than I have by Avicii or Kate Spade. There are plenty of writers and bloggers who were inspired by and have written something really lovely about Bourdain, so I won’t even try to add to them.

Now before I get into this, I’m not going to pretend I was super close to Chris. We were friendly, and we had a lot in common at a small college like our Spanish classes, travel, and some of our extracurricular activities.

We were closer during our freshmen year when I roomed with one of his closest friends, and we were happy to chat whenever we ran into each other over the next three. I don’t think we ever sought each other to hang out, but we didn’t leave early if we did run into each other. We were close enough that we have goofy photos together, to comment on each other’s statuses, and I knew if we were ever in the same country at the same time, we wouldn’t hesitate to meet up.

But, no, I don’t have a particularly touching story or moment to share.

Anyhow, I’ve hemmed and hawed talking about this because we weren’t best friends. There are so many people he touched in his four years at our college who will have better, more inspiring stories. 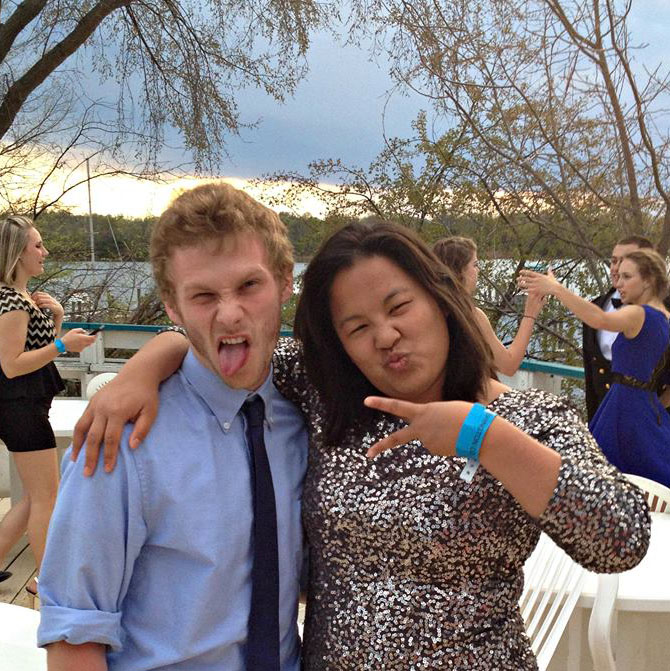 However, I do want to talk about him because he was awesome, and he deserves all the recognition and praise in the world. (Even if he did try to make me drive all the way back to Chestertown with his muscle milk instead of waiting a few days :p).

Talking from my competitive side, Chris was pretty much the golden child I wanted to be at our college.

He was a double major in Spanish and Biology with an aim to work in medicine, so he managed to be the darling of both the Science and Modern Languages departments. In addition to his studies, he was heavily involved in HOSA, our Spanish honor society, EROS, alumni life, and residential life as an RA. He actually did all of this in three years because he spent the spring of his sophomore year and fall of his junior year in Peru.

You know what he did one summer? He got a grant and went back to Peru to research and observe HIV patients at the Regional Teaching Hospital of Trujillo.

Oh and the next summer, he got a grant to study Latin immigration in Italy and Spain.

He also worked as an ER Volunteer at our nearby hospital, specifically to assist with Spanish language transition. While I was being a selfish brat whining about not being able to find a good Spanish TV show to practice my language skills, he was using his to actually help people.

Beyond all of this, Chris was just a genuinely nice guy. I’m sure if you talk to anyone from our class of 2014, you’d be hard-pressed to find a single bad word against him. He wasn’t that fake, “please-like-me-please-like-me” nice either. He was just a good person who managed to connect with everyone who fell into his orbit.

I’m not kidding either. Our school has a study scholarship fund in his name now, you can check it out here if you want. I can assure you if I died prematurely, no one at that school would think of naming a stone in front of the CAC after me, let alone an entire scholarship.

The day he died, I found out because my newsfeed was suddenly filling with messages hoping he was resting in peace. It was spring, and I we had only been out of college for less than a year.

It didn’t make any sense. This was Chris. I had just commented on his status– something about travel– less than 12 hours ago. It had to be some freak accident or a total mistake.

Soon it became clear that be took his own life.

I immediately called our mutual friend, M, and she sounded as confused and panicked as I felt. She told me it made no sense. No one suspected anything. He was in Peru, a country he loved. He had just traveled with his best friend from childhood, and she didn’t suspect anything either. He was due to start his master’s program at John Hopkins University later that fall. Why on earth would he kill himself now?

It’s been three years since that day, and I don’t think things are any clearer. I think by now, though, we know suicide doesn’t have a type. Including Chris, my college had three suicides in the span of three years, and they all were very different people. In the last few months alone, we’ve seen a famous DJ, a whimsical designer, and a badass food and travel personality all take their lives.

I won’t pretend to know the other two young men or these three celebrities, but I knew Chris. It hurts to know someone as kind and fun and successful as he was in so much pain. He helped and inspired so many people in so many different communities, it’s hard to accept that he didn’t feel as though he could ask for help for himself.

I guess what I’m trying to say is that the feeling a lot of my friends and travel peers are dealing with now at Bourdain’s passing is what I felt when I got off the phone with M and the reality of Chris’s passing set in.

I’d always imagined Chris moving to Peru or traveling the world doing something related to medicine, and we’d grab drinks and swap stories about WAC and what we’d been up to since then. If his study abroad tales are anything to go by, I know he’d have no shortage of ridiculous tales.

Whenever I even think of visiting Peru, I get a tinge of sadness that I won’t be able to message him about it.

Just… reach out to someone if you’re in pain. Heck, reach out to someone even if you’re not. Depression, anxiety… They’re all such silent diseases, and you never know who’s hurting. I know I posted a hotline above, but let’s be honest. Most of us don’t like talking on the phone on a good day, I can’t imagine someone willingly calling a helpline if they’re on the brink.

And go to Peru. Chris spent so much time there, it’s gotta be an incredible place.

Thanks for reading if you got this far. Sending virtual hugs to everyone right now x

P.S. Chris’s mom participates in the Out of the Darkness walk each year. The American Foundation for Suicide Prevention’s goal is to reduce suicide by 20% by 2025. This is their team page if you want to donate. It feels wrong to spend a whole post talking about her son and not mention it.