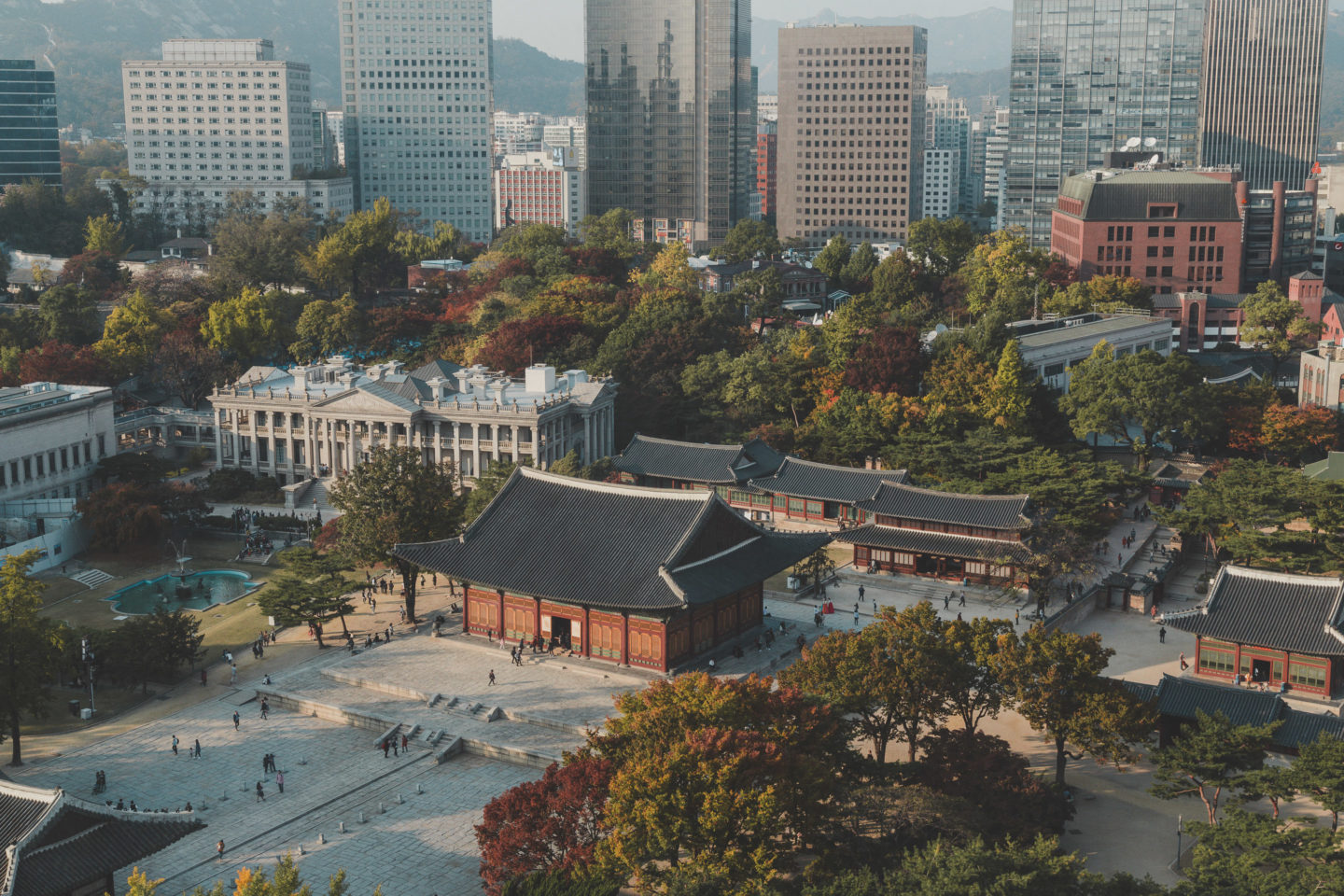 Here’s a fun little post. Deoksugung is one of the five main palaces built during the Joseon dynasty. It became an official royal residence when the others were burnt down during the Japanese invasions and until Changdeokgung was fully restored. Unfortunately, I haven’t had a chance to actually explore the palace grounds! I have, however, managed to get a really gorgeous aerial view of Deoksugung palace twice now, once last year and again this year when Korea’s fall colors were much stronger.

When I actually visit, I’ll write a much longer post like I have for Changdeokgung and Gyeongbokgung. This one is just a quick how-to so you can get this view too!

How to Get an Aerial View of Deoksugung Palace

The easiest way is to take the subway. Get off at City Hall Station + use Exit 11. It’s kind of behind the main entrance, so you might think you went the wrong way at first, but just keep going. If you’re not sure, I’ve always seen a few security guards around, and you can ask to make sure. I’ve done this both times because, despite all my traveling and navigating via public transportation, I’m still not very good with directions. 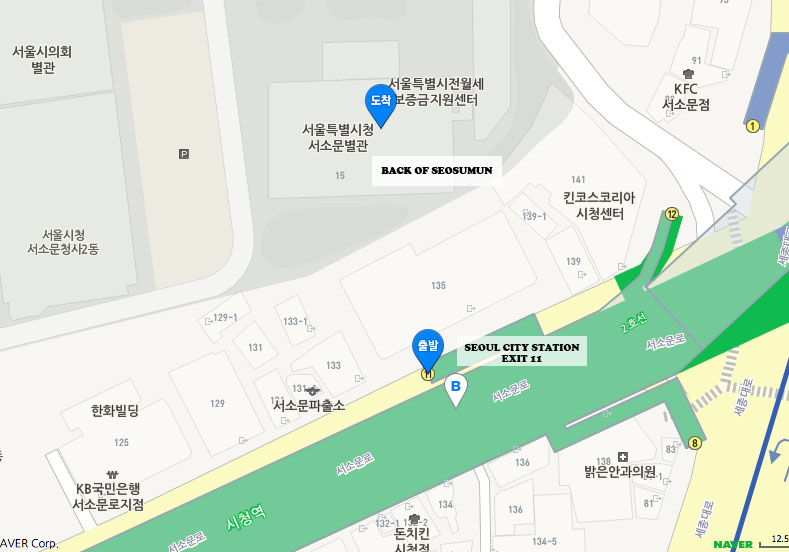 2. Head through the entrance and up to the 13th floor for the Jeongdong Observatory (정덩전망대).

This is the entrance you’re looking for. There are giant lion statues, so you can’t miss it! Once you’re inside there are signs pointing you where to go, and they have a specific elevator designated for it. 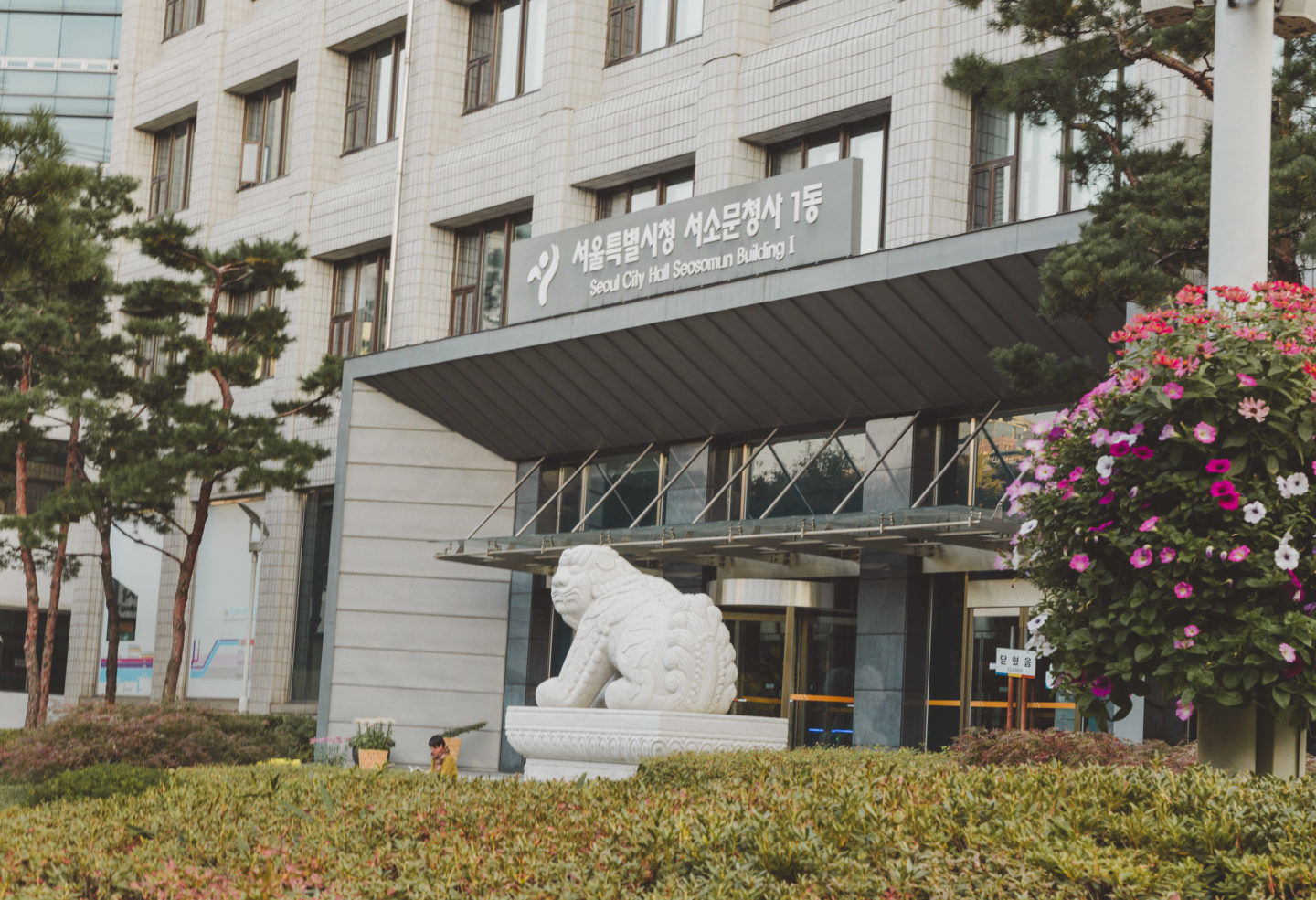 3. Head into Café Darak and to the giant windows and snap away!

Pretty easy, hey? And it’s technically free. It’s a café, so you can order something if you’d like.  There’s also some history about Deoksugung around the cafe if you’d like to read more. It’s always been pretty crowded when I go, so I’ve never gotten a chance to really sit and read more.

Don’t worry about taking photos above people’s heads either, those same people were probably doing it ten minutes before you! 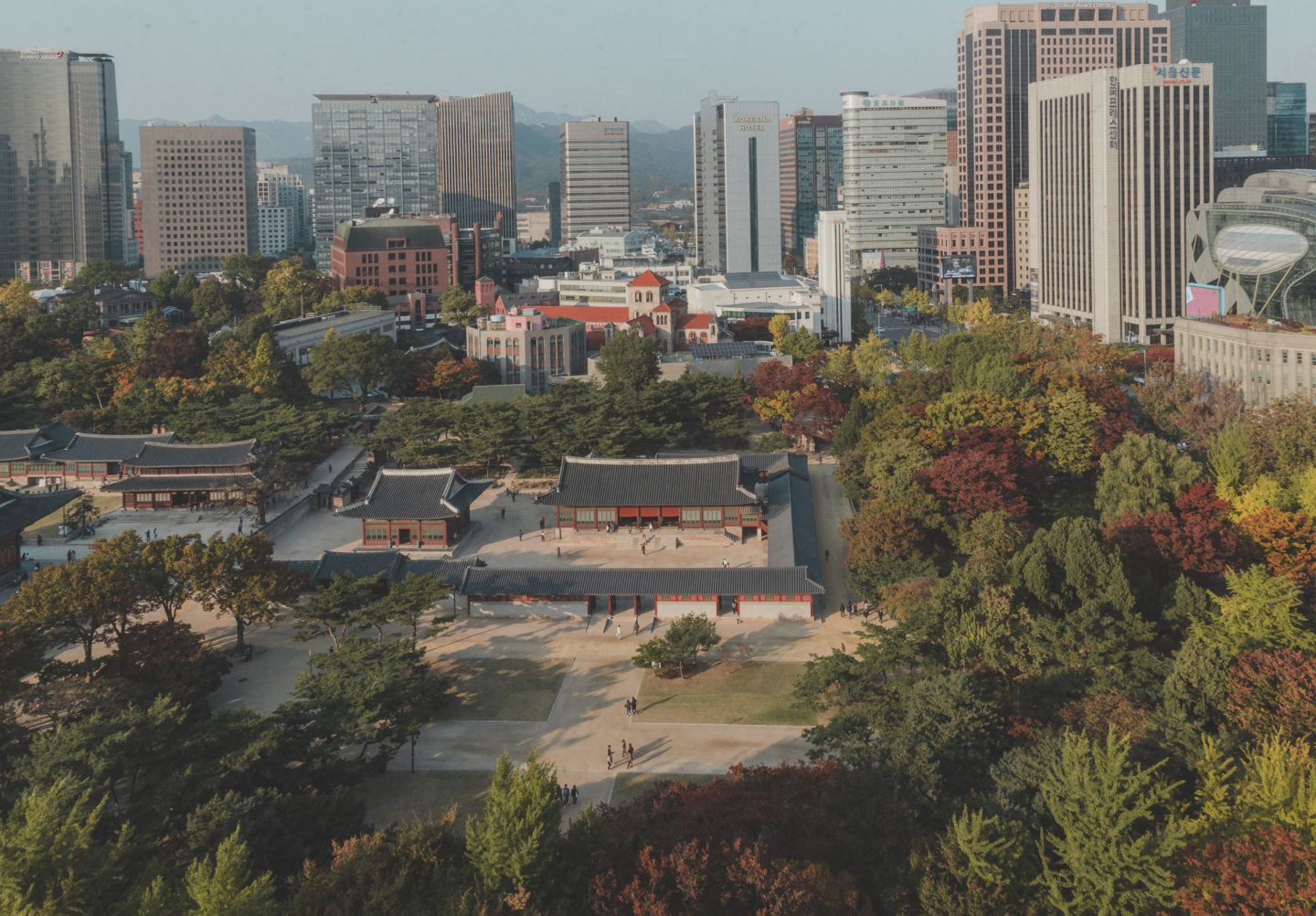 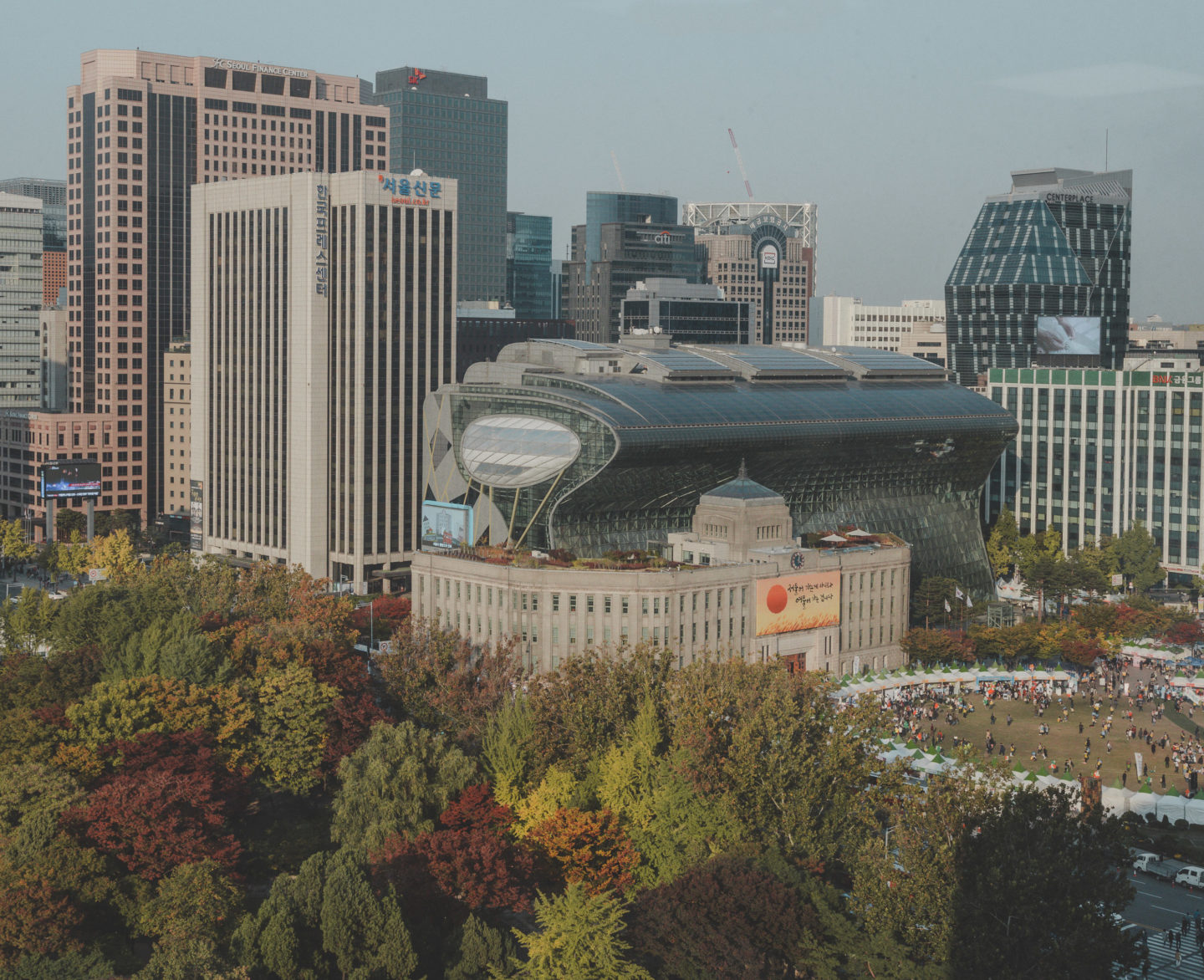 4. Other things to note:

When you exit, you can actually walk over to the entrance of Deoksugung, so it’s easy to do both in a day (though the lighting for the observatory is going to be best towards closing). City Hall is also nearby (you can get an aerial view of it as well), and there ALWAYS seems to be some big events going on. You can also walk along the Deoksugung Stonewall Road. It’s not as cute as it seems in Yoona’s video, though, as each time I’ve been there is always vendors and crowds. For a private tour of Deoksugung, check times + rates here.

And there you have it! A little post on a fun thing to do in Seoul. What are some of your favorite city views? 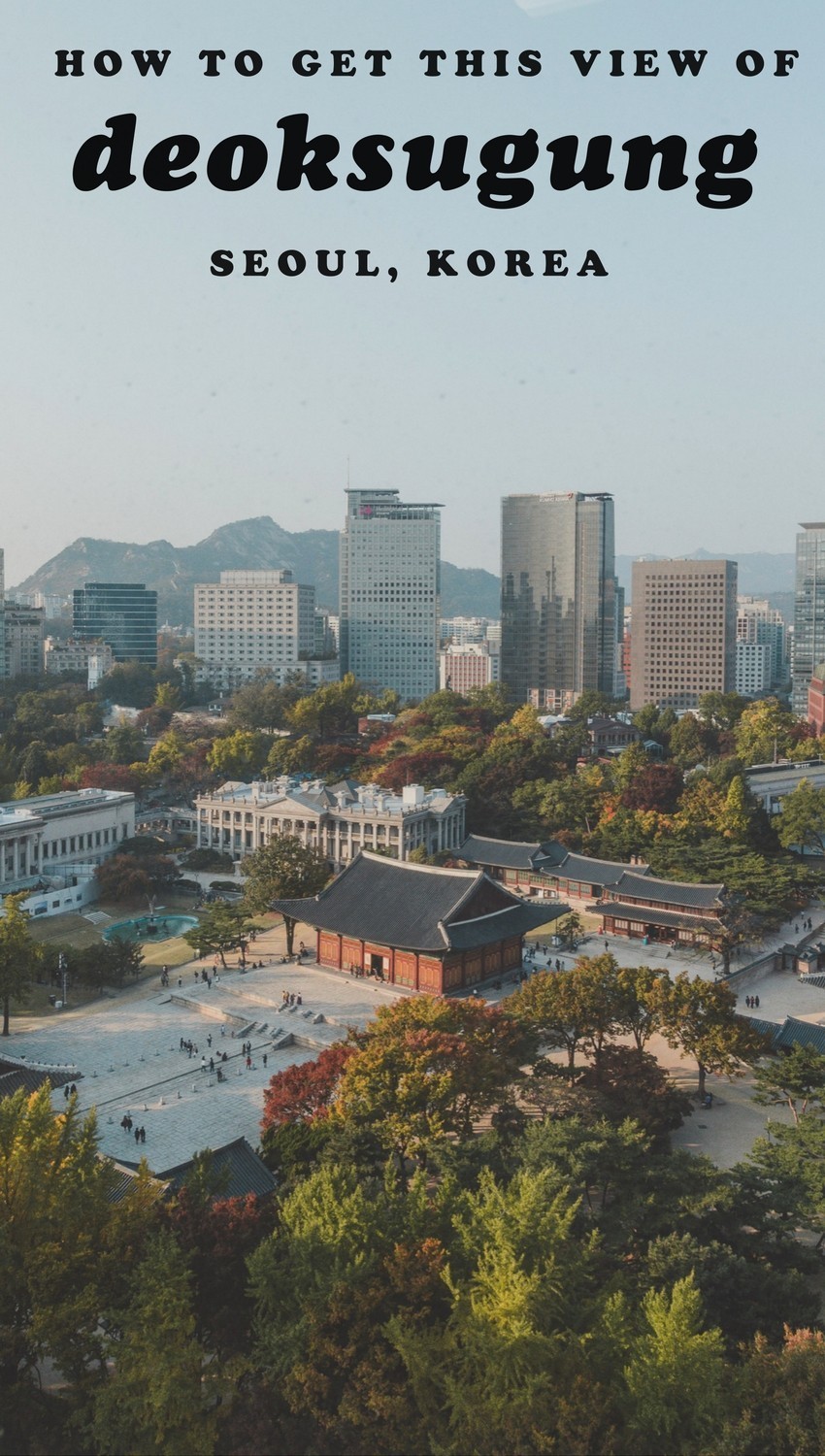 *This post contains affiliate links! Thank you for your support.