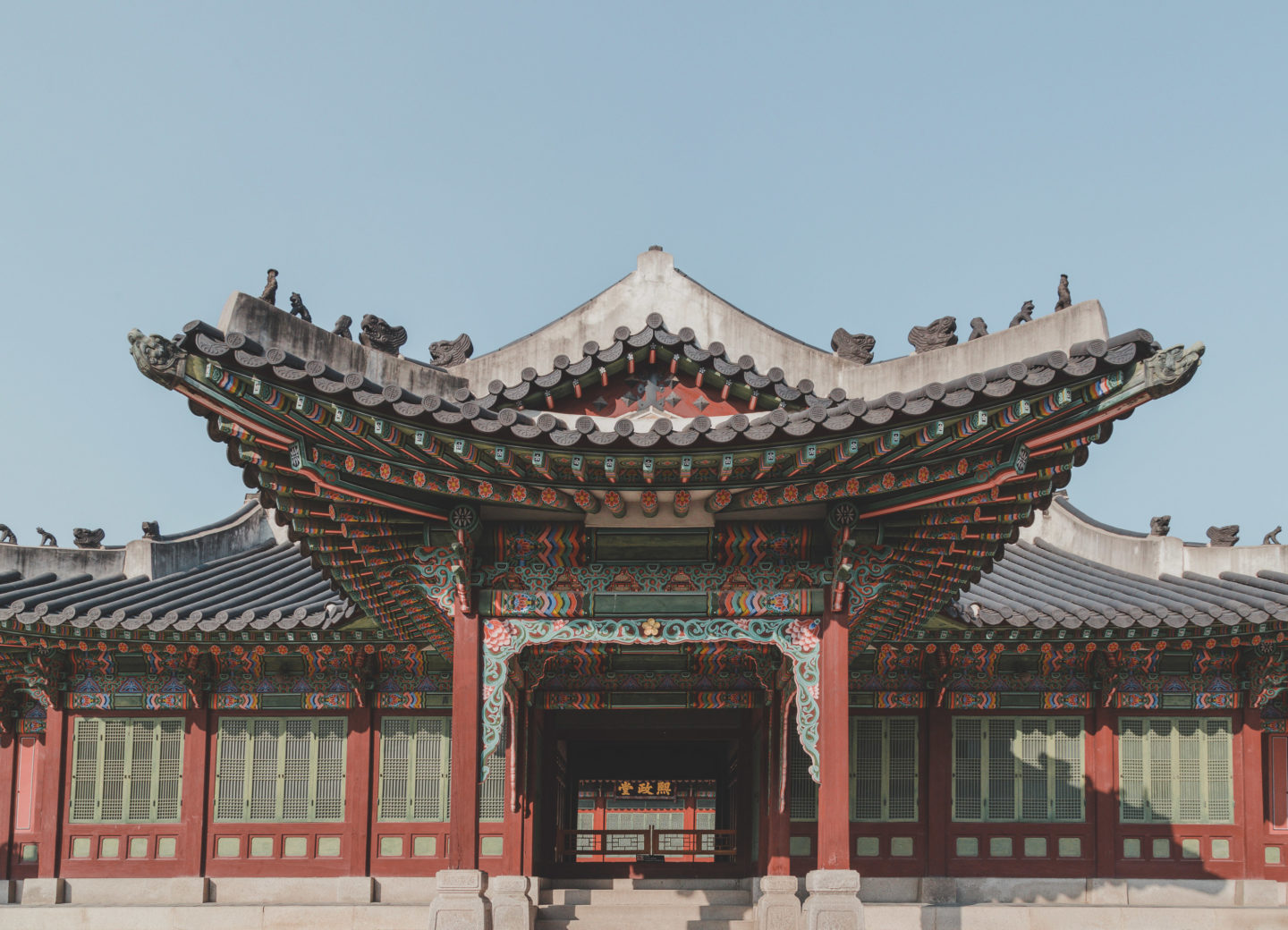 While Gyeongbokgung is considered Korea’s main palace, Changdeokgung and its secret garden actually served as the primary royal residence from the early 1600s – 1800s. I’ve been twice now, once in late spring and recently mid-autumn, and it’s definitely one of those places in Seoul I’ll never tire of visiting.

It’s a UNESCO World Heritage Site, one of the most significant Korean landmarks, and the best preserved of all the palaces. I honestly can never decide if it’s my favorite or Gyeongbokgung is. Every time I visit one of them, I change my mind! Here’s a little history into this beautiful place as well as some tips to make the most of your visit.

Before I get into why you should visit Changdeokgung and a little more about its importance in Korean culture, let me just say this: book ahead of time.

While you can stand in line and get a ticket to see the palace grounds, you actually need to be on a specific tour to visit Huwon (the secret garden). If it’s busy, the tickets actually sell out quickly. I was so annoyed with myself for not booking ahead the last time I visited. I totally missed out on seeing Huwon during autumn in Korea, and it’s one of the best places for fall foliage in the country. Luckily I’ve been before, but it would really be a bummer if you only have one chance to visit and you can’t because tickets are booked.

There are few ways to prevent this from happening to you: 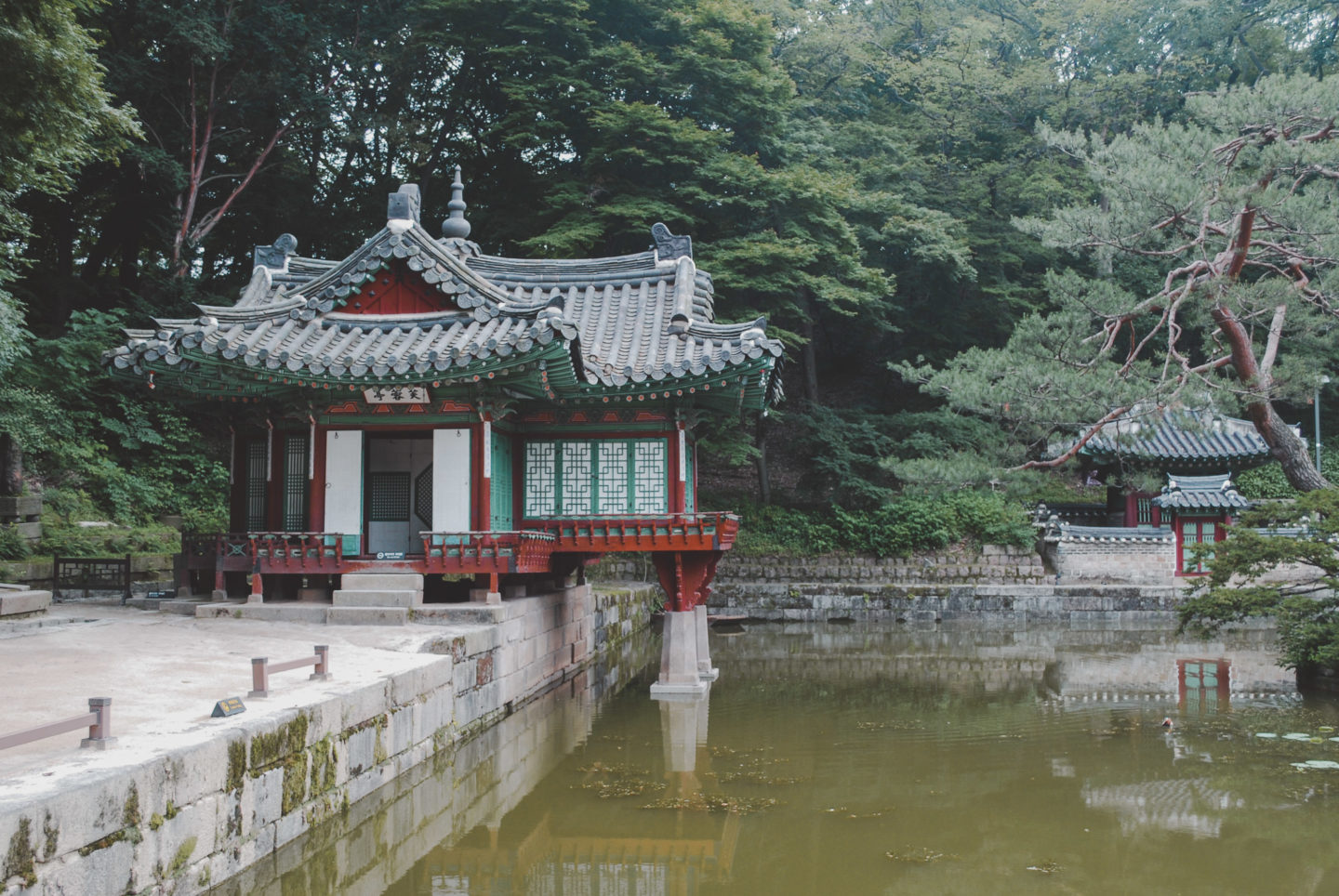 Changdeokgung Palace and its Secret Garden

Changdeokgung was created in 1405 as the secondary royal palace. While Kim Taejong claimed it was because Gyeongbokgung’s topography wasn’t auspicious enough, many believe it’s because he assassinated his brothers in the main palace and didn’t want to rule from the same area. After the Japanese invasions destroyed all the palaces in the late 1500s, it was the first palace rebuilt and became the primary royal residence for almost 300 years.

What also makes Changdeokgung a unique palace to visit is its design. Instead of making the surrounding nature work with its layout, architects designed the palace to work in harmony with nature. When they worked on the Secret Garden, they kept artificial landscapes completely minimal to better highlight its natural setting.

The Secret Garden was used for everything from banquets to recreation and even some farming throughout the centuries. 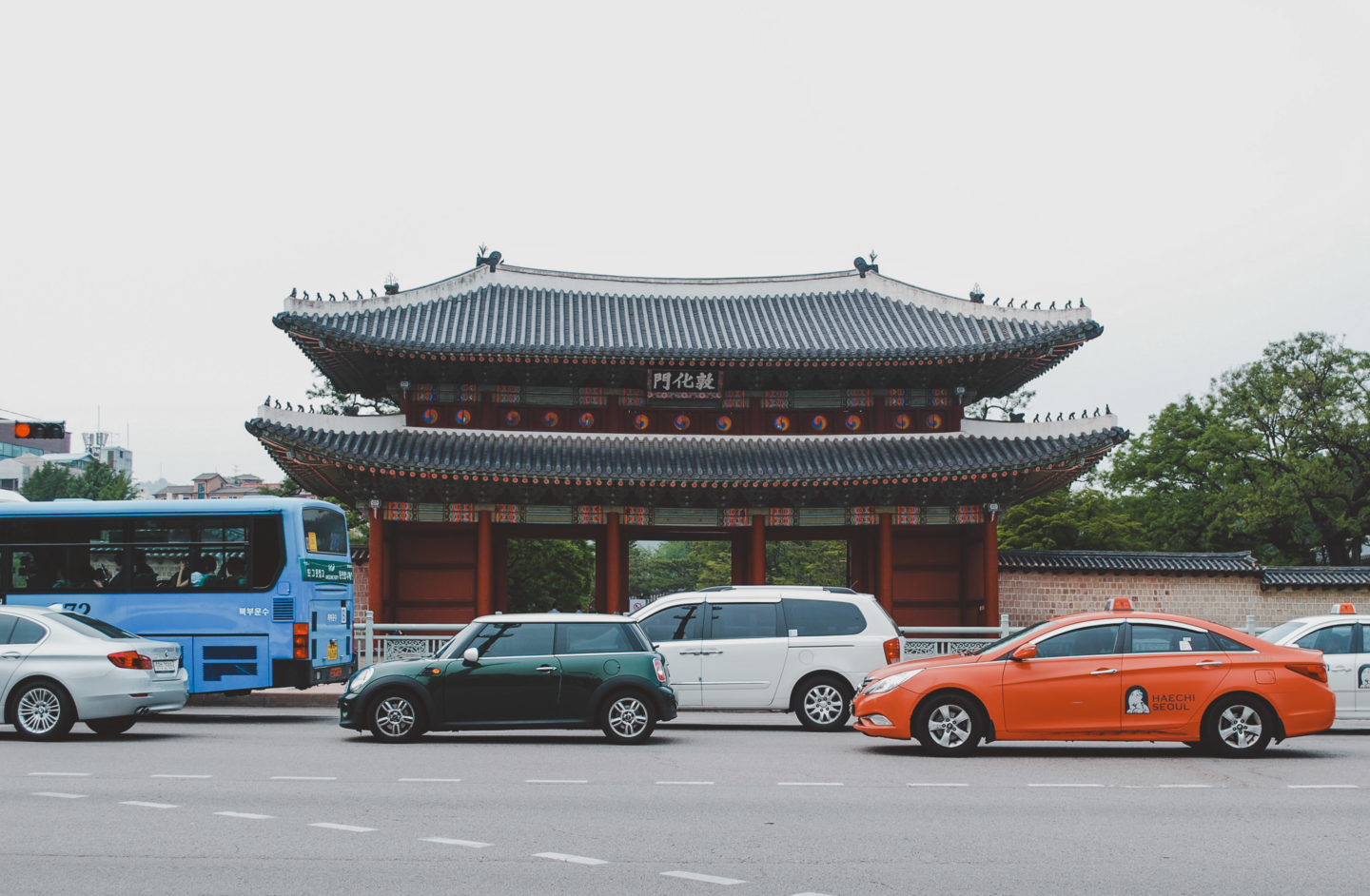 You’ll enter Changdeokgung through Donwamun, the palace’s main gate.  You can get tickets right out front, and this is what you’ll see when you’re walking up to find it.

This bridge is the oldest structure in the palace, dating back to 1411. It’s also considered one of the oldest stone bridges in Seoul. 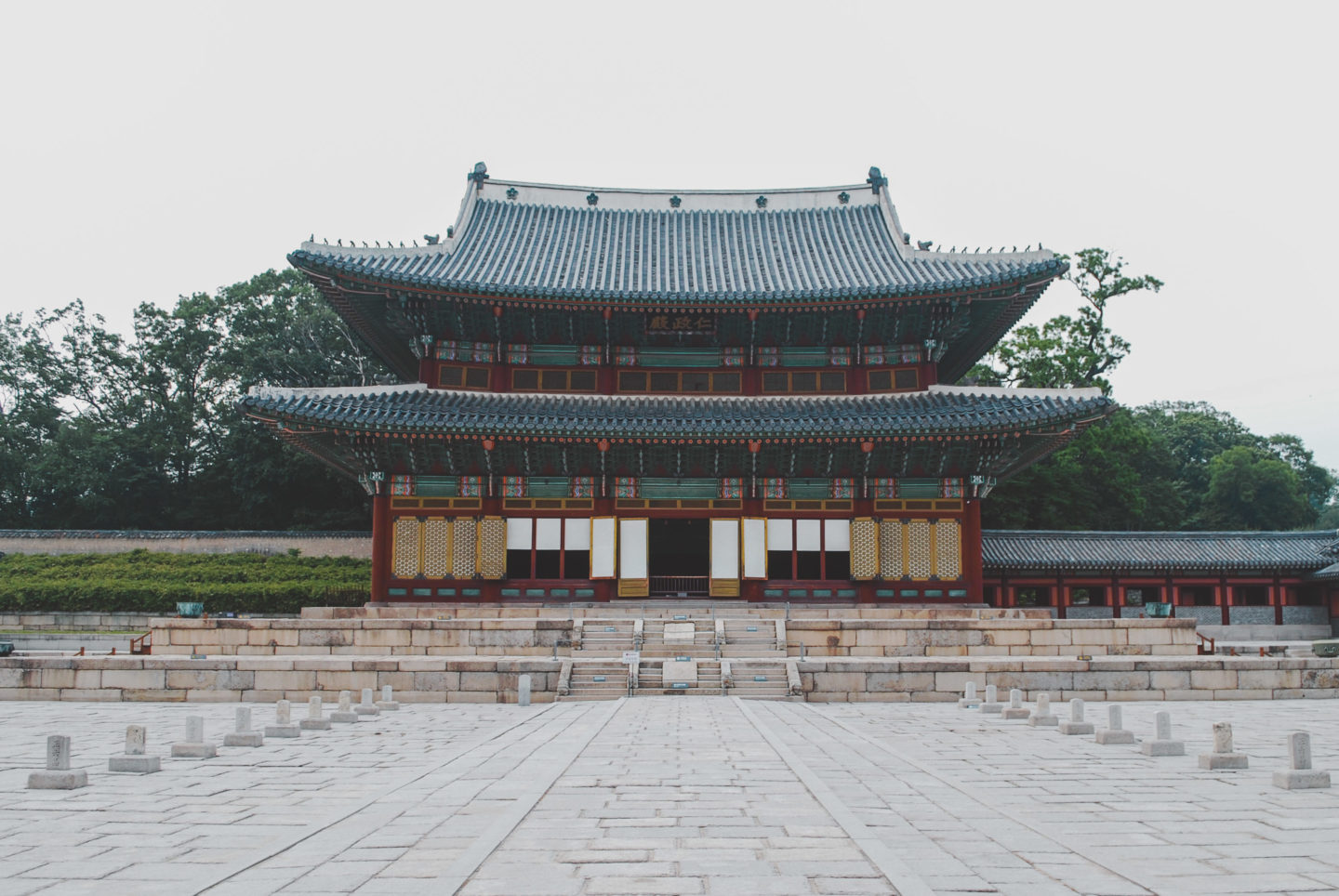 When you walk in, eventually you’ll pass through Jinseonmun gate and to your left you’ll see the entrance to Injeongjeon. This was the palace throne hall, and any major affairs were held here, such as coronations or royal ceremonies.

This area is where kings would occasionally work or hold meetings. It’s also the only building to have a blue-tiled roof. 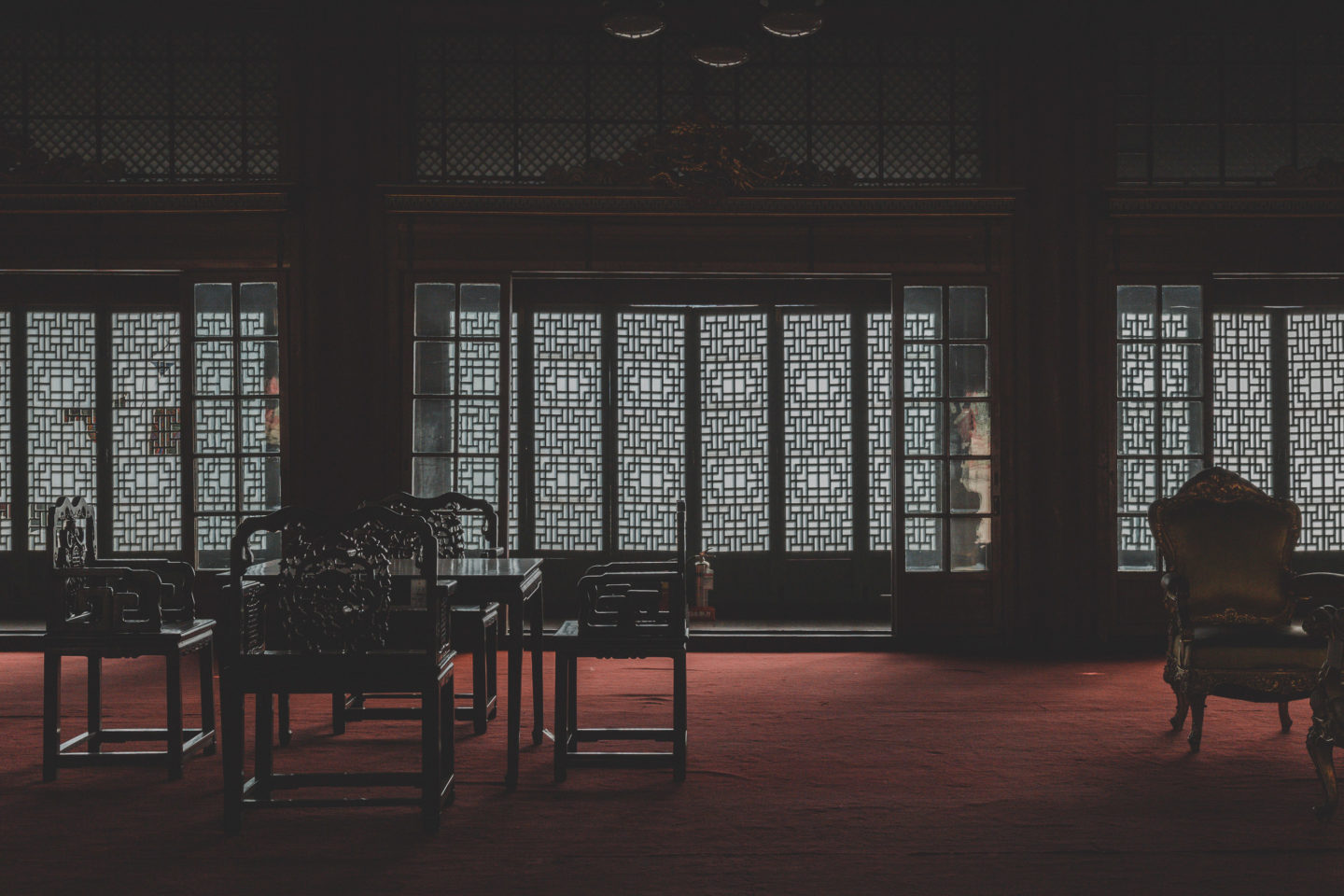 Huijeongdang was the royal bedchamber, and where the king spent most of his time working. The current reincarnation of Huijeongdang, which is only a hundred years old, is actually very different from its original design.

Daejojeon was the queen’s bedchambers. The structures you see today are also quite young, having been recreated in 1917 after a fire. 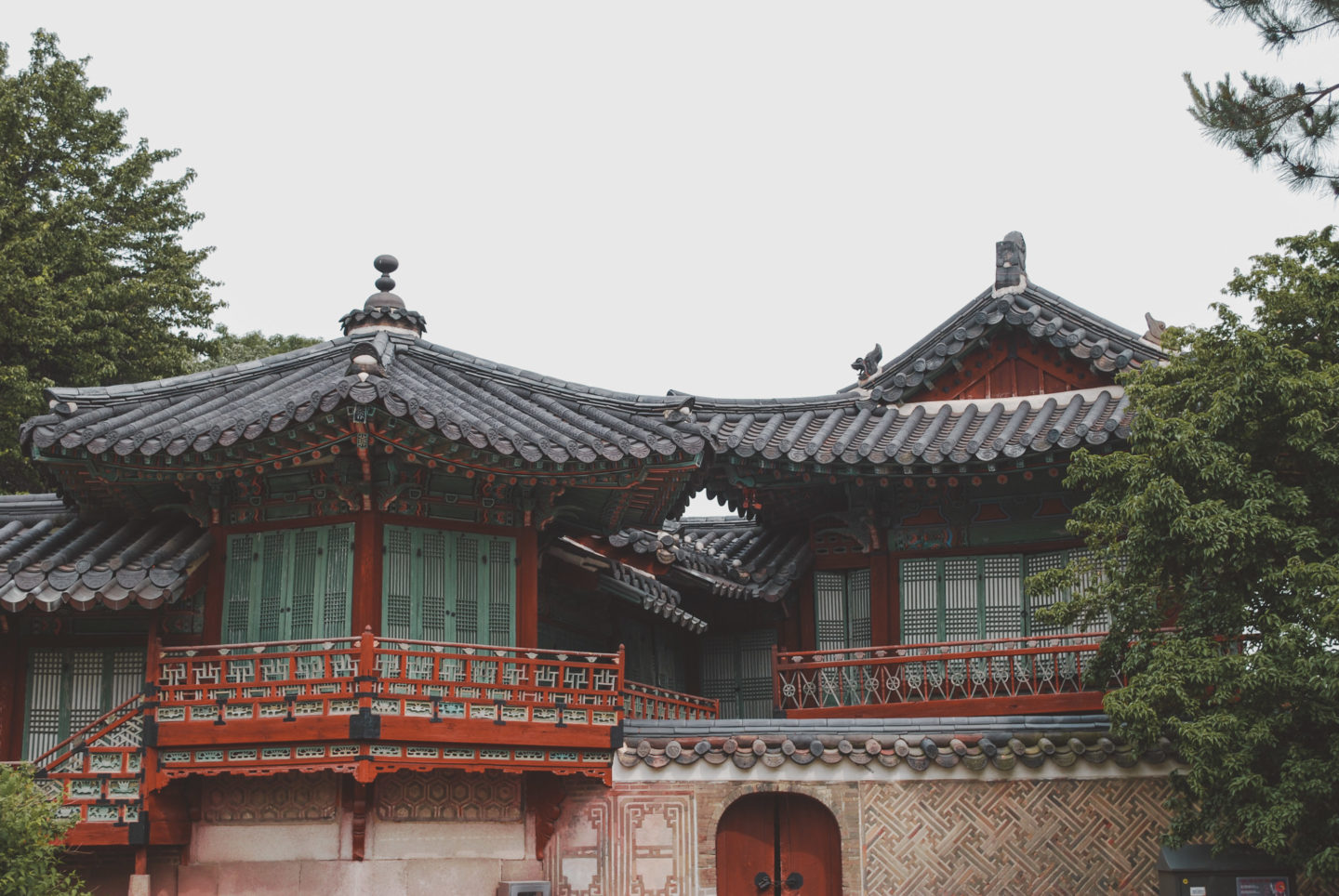 Seongjeonggak was where the crown prince lived. 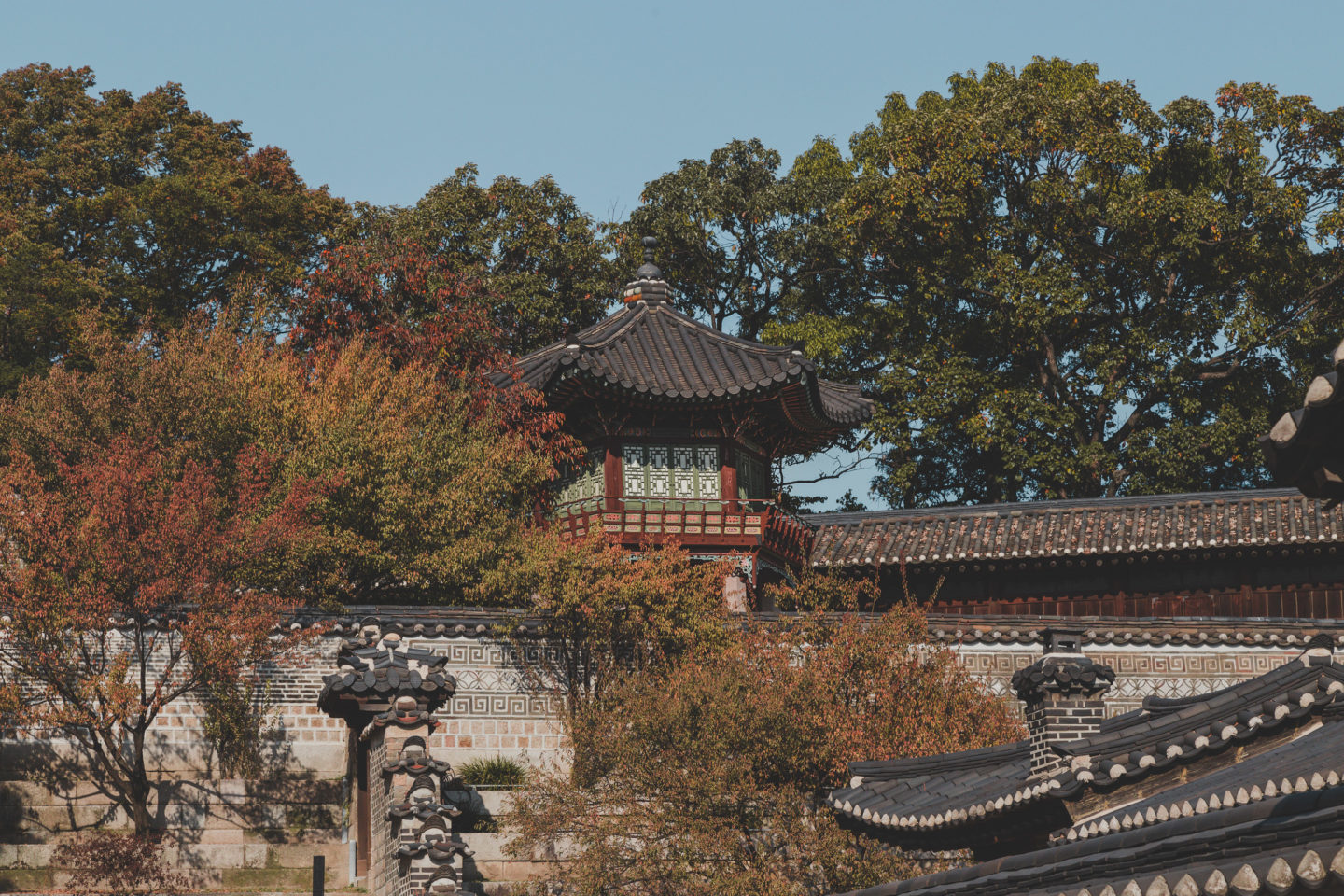 Nakseongjae was originally designed for King Heonjong in 1656 so that he could relax and read. It has also served as the quarters for the crown prince. It was still in use until 1989 by Lee Bangja, the wife of the last Korean crown prince.

Major Areas of the Secret Garden 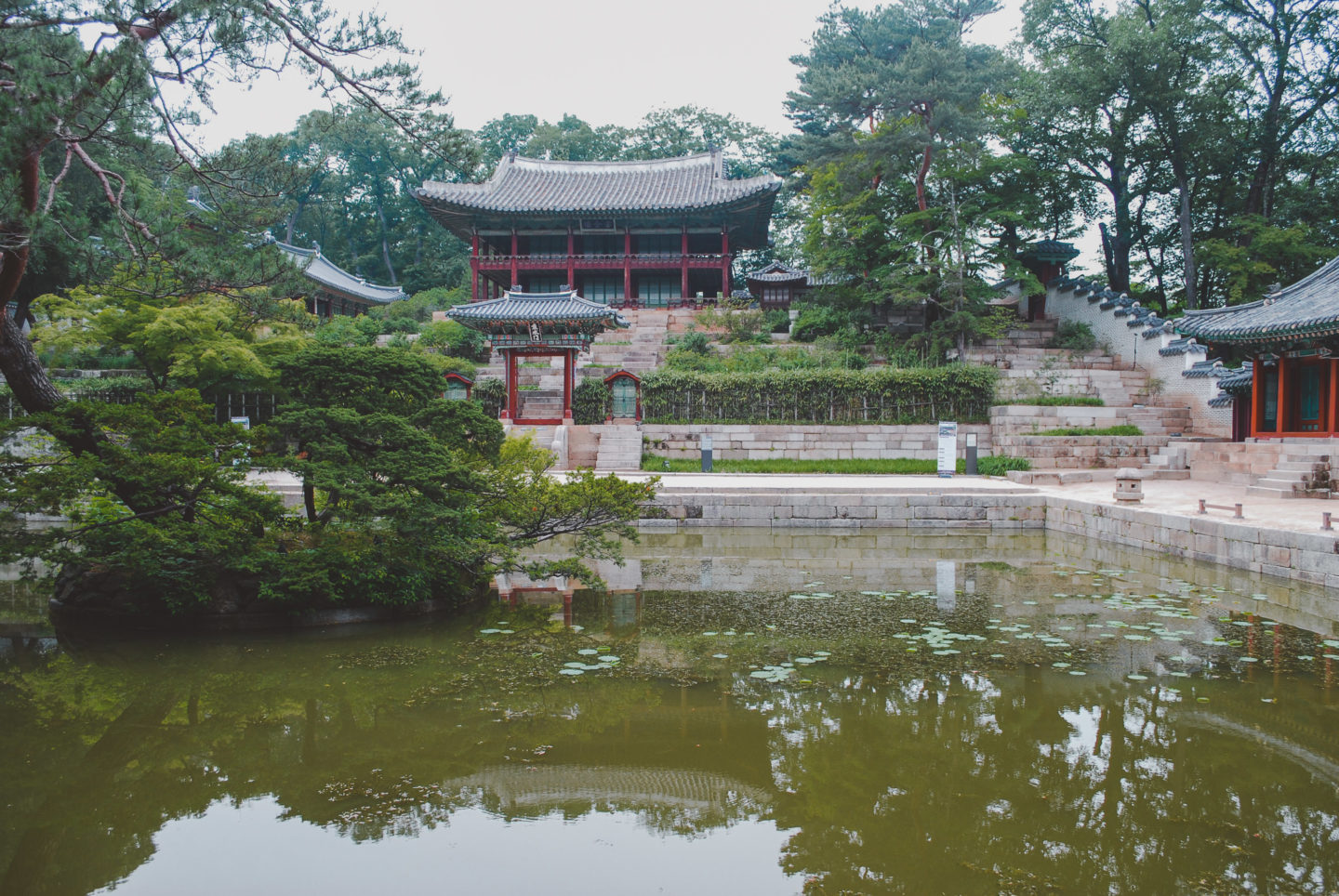 The first place you’ll visit on your tour is Buyongji, a gorgeous rectangular pond. 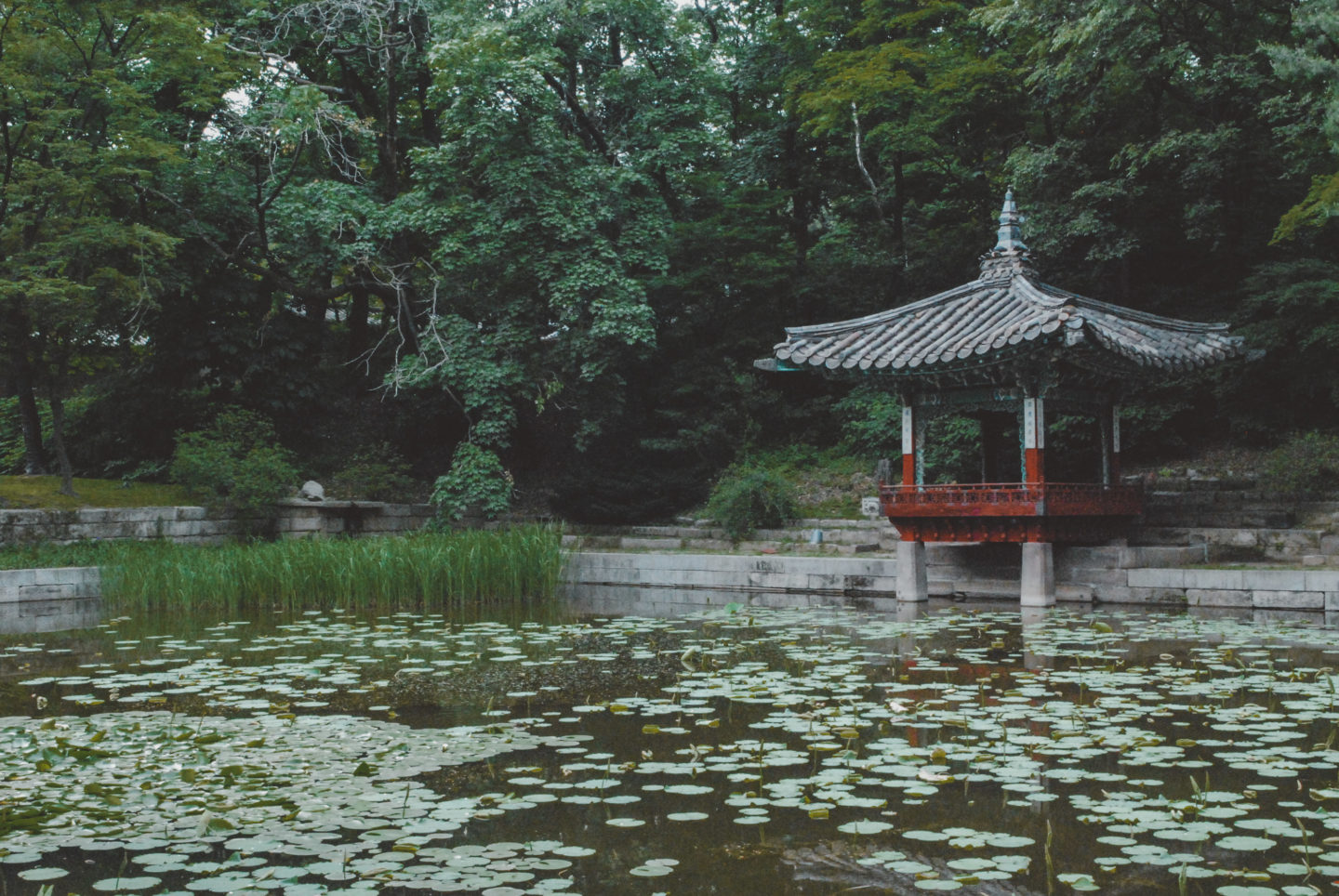 This is another pond area. The little pavilion sticking out at one end is called Aeryeonji and represents the lotus flower. 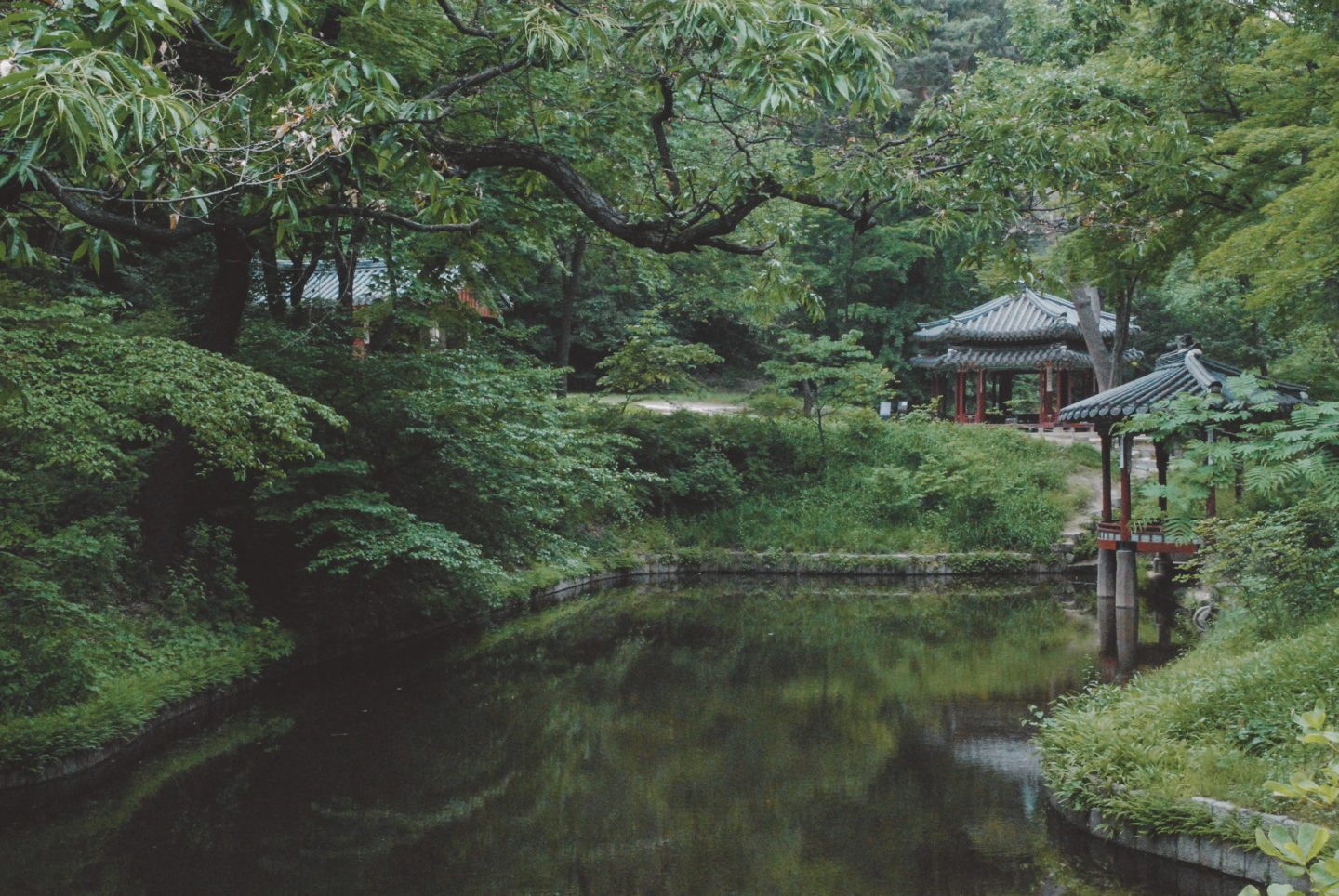 Jondeokjeong features some beautiful pavilions around a pond. It’s one of the last additions to the garden.

A Quick Guide to Changdeokgung +  the Secret Garden

Here are some other tours that will go to Changdeokgung but not the Secret Garden, unfortunately.


**The first time I went, I missed the English tours but managed to get into the last Korean tour. If you miss one of the tours, you can always try to get one in another language. 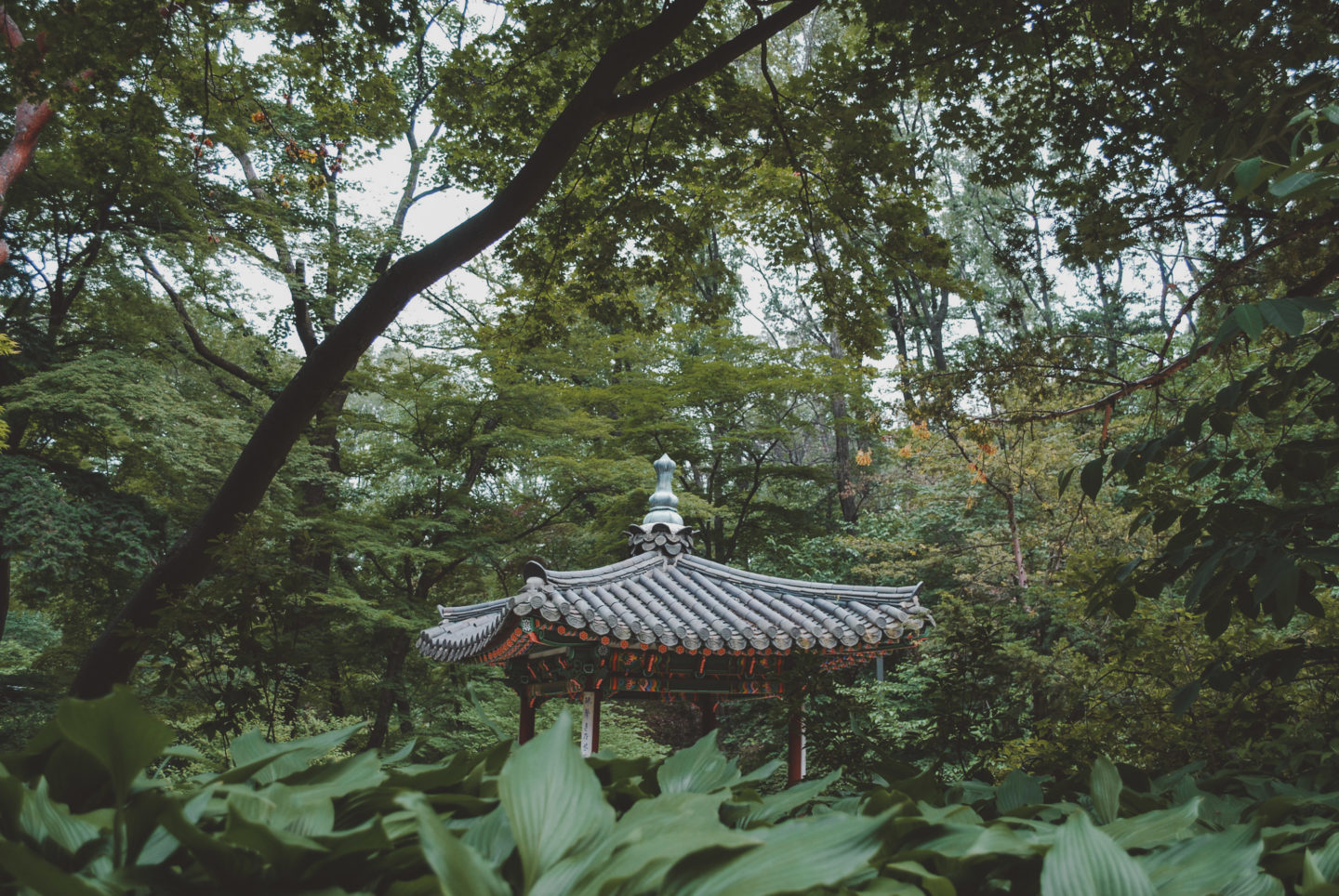 And there you have it! All about Changdeokgung Palace and its Secret Garden. Let me know if you’ve been! What’s your favorite palace? 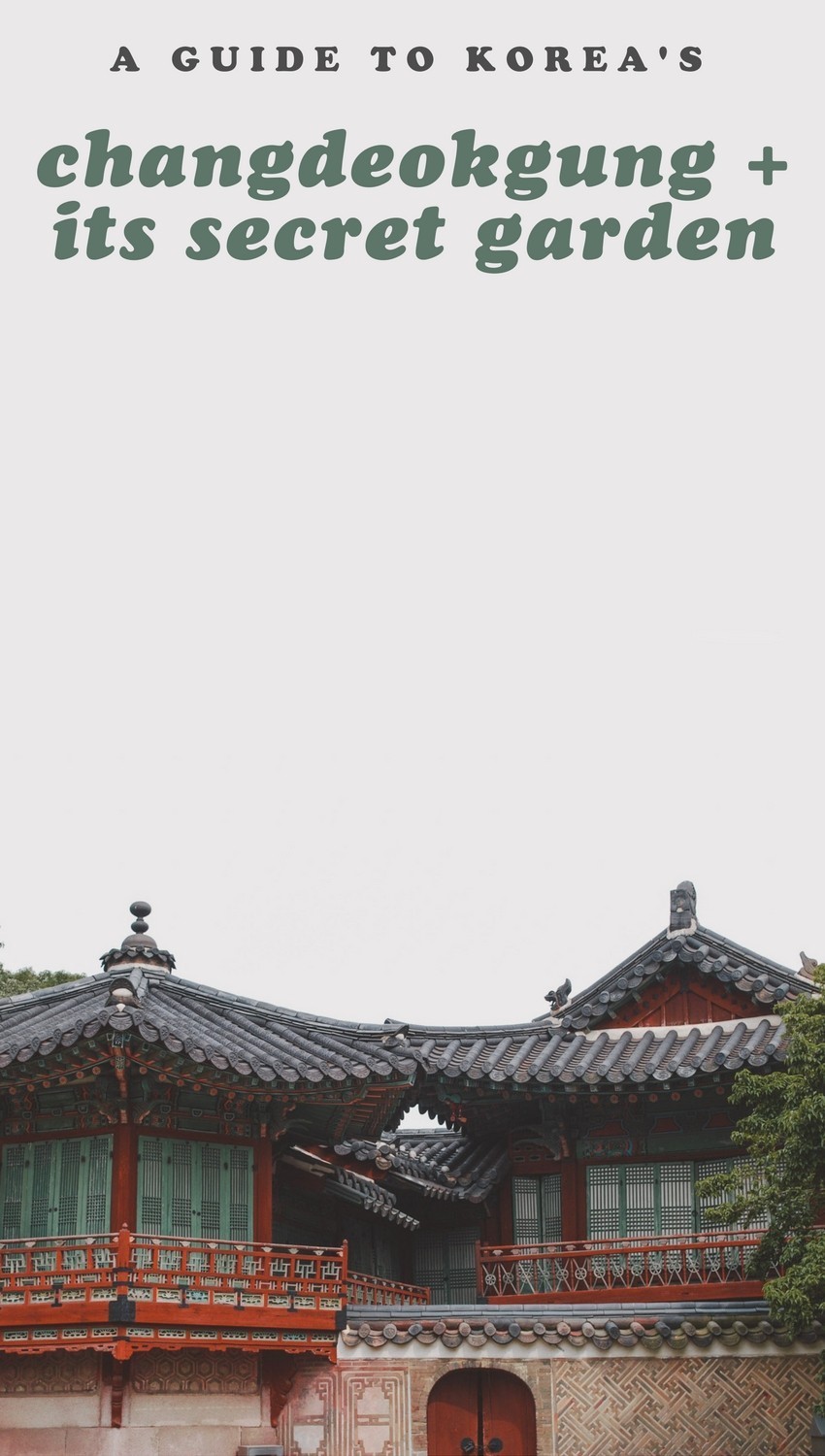 *This post contains affiliate links. Thank you for your support!