What do you think of when you think of Spanish food? Paella… tapas… When I first studied in Spain, I honestly had very few images of what kind of food I’d encounter. I knew I’d see a Mediterranean diet, but I didn’t even know much about that beyond its use as a diet craze. Yes, the paella is good, the tapas are mostly disappointing, and there are a lot of fish based dishes from which to choose. However, the one thing you have to try in Spain is chocolate con churros.

It’s basically hot chocolate with a side of churros, and you’re meant to dip in the churros to eat. The hot chocolate is creamy, thick, and it will not resemble the Swiss Mix that comes in packets for your cupboard. It’s particularly delicious after spending the night dancing in Madrid and waiting in San Gines Chocolateria until the metro opens again. 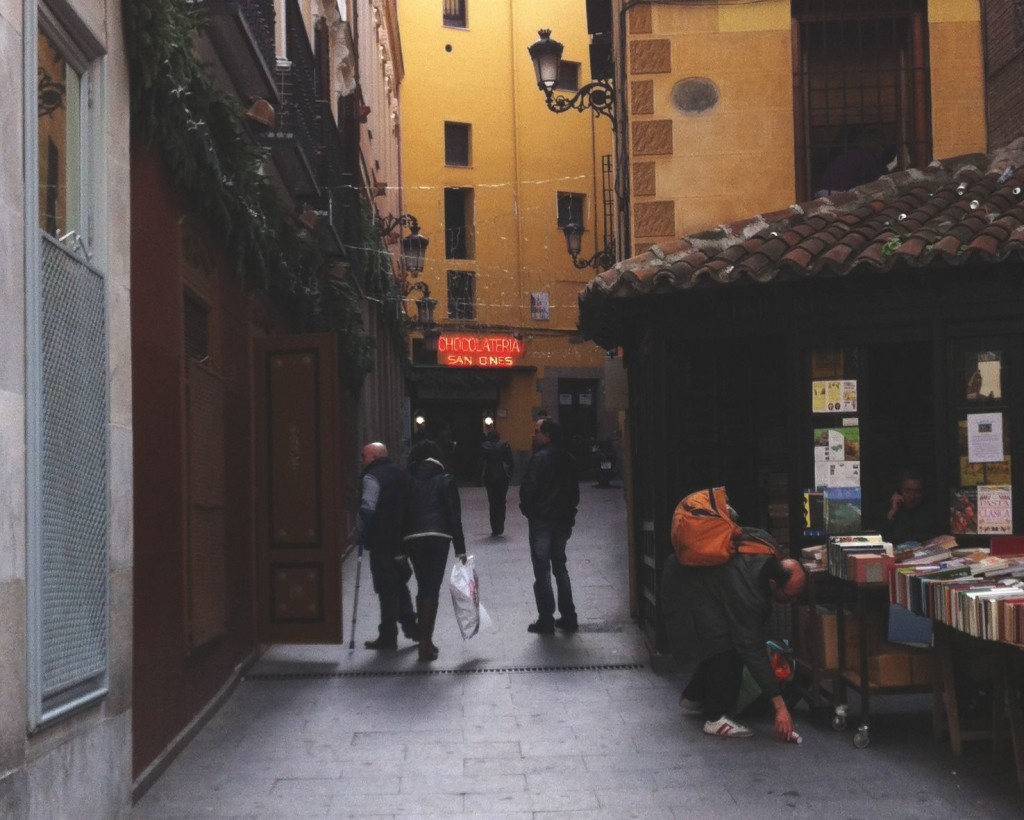 The churro evolved when Portuguese explorers noticed a Chinese dish called youtiao, a strip of pastry deep-fried with salt. When they brought it back to Iberia, they swapped the salt for sugar and gave the strips its star shape. The Spanish named it churro based on its resemblance to the horns of churra sheep. It spread among shepherds before changing over to a luxurious treat in the various towns. When the conquistadors returned from South America, they brought with them chocolate, and thus the  churro con chocolate combination was born.