After spending 2+ weeks finding all the cool things to do in Kuala Lumpur, I hopped over to spend a nice, slightly lazy weekend in Singapore!

Even though I feel like I was pretty slow moving for a 2 1/2 day trip, I still managed to see a decent amount in the city, so I thought I’d share with you guys my more relaxed itinerary. Enjoy!

How to Spend a Relaxing Weekend in Singapore

I got to Singapore from Kuala Lumpur in the afternoon. It’s just a quick, hour-long plane ride and super easy to navigate. Once I arrived and got my suitcase, I got a SIM card and looked up how to get to my hotel. You can get a discount on your SIM if you order it ahead.

There are basically three ways to get to wherever you need to go.

Check in: Hotel Clover the Arts

Hotel Clover the Arts is probably the most affordable hotel option in Singapore’s City Centre. It was super cute, and even though the rooms are insanely small with no windows, they do a good job with lighting and decor to make it feel bigger. Plus they have the cutest murals in each room! It’s right near Clarkson Quay and the Old Hill Police Station. Book now or compare sites here 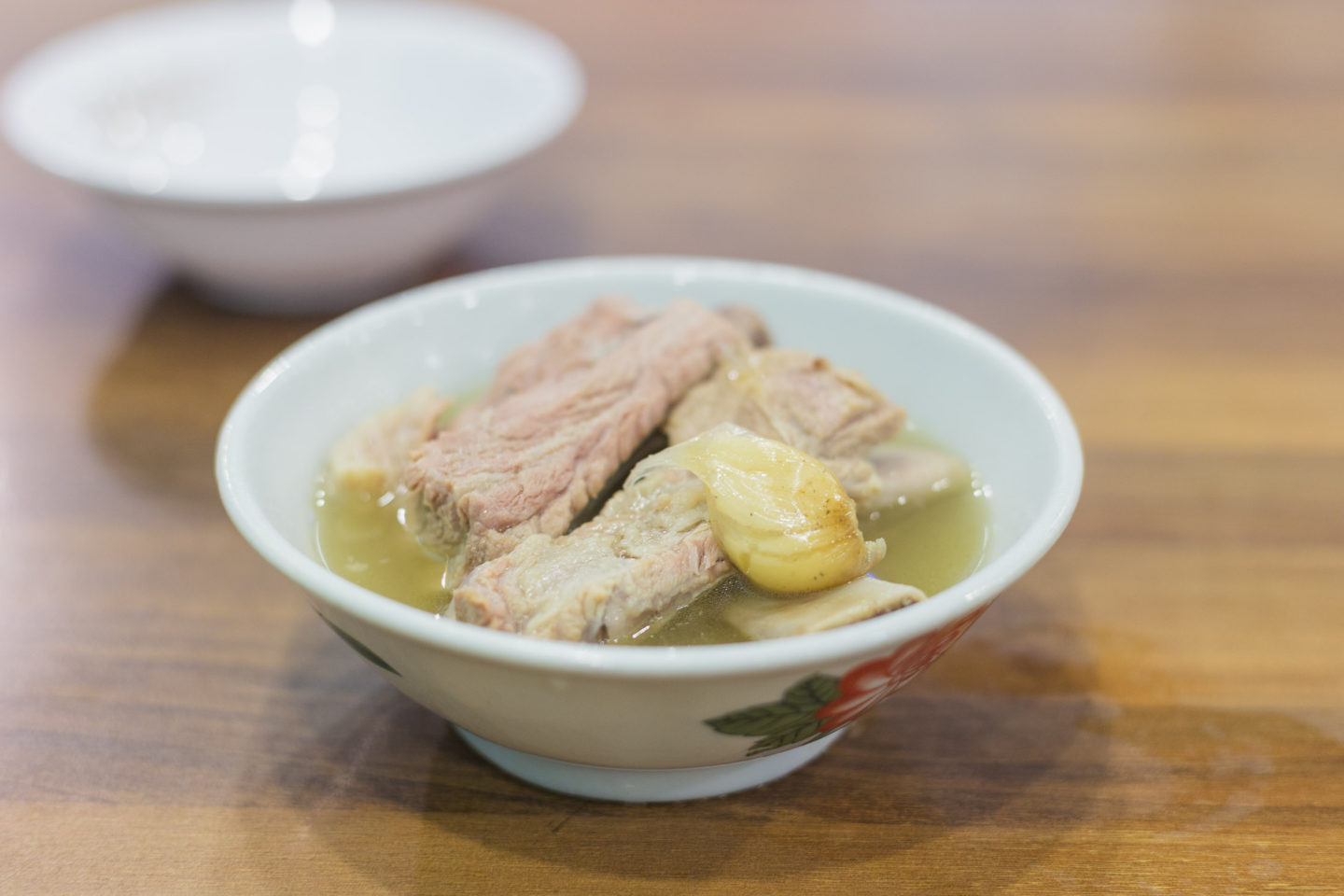 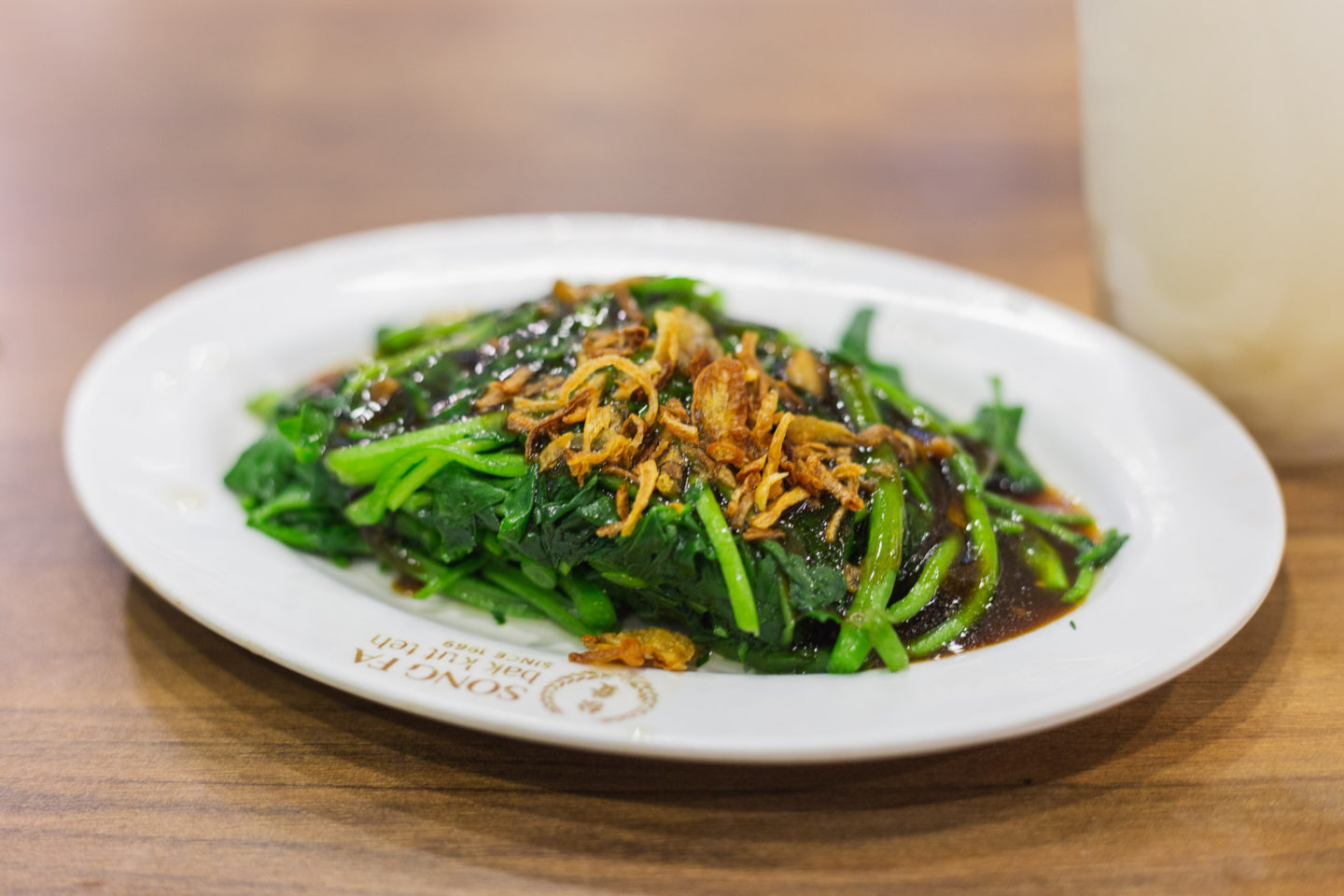 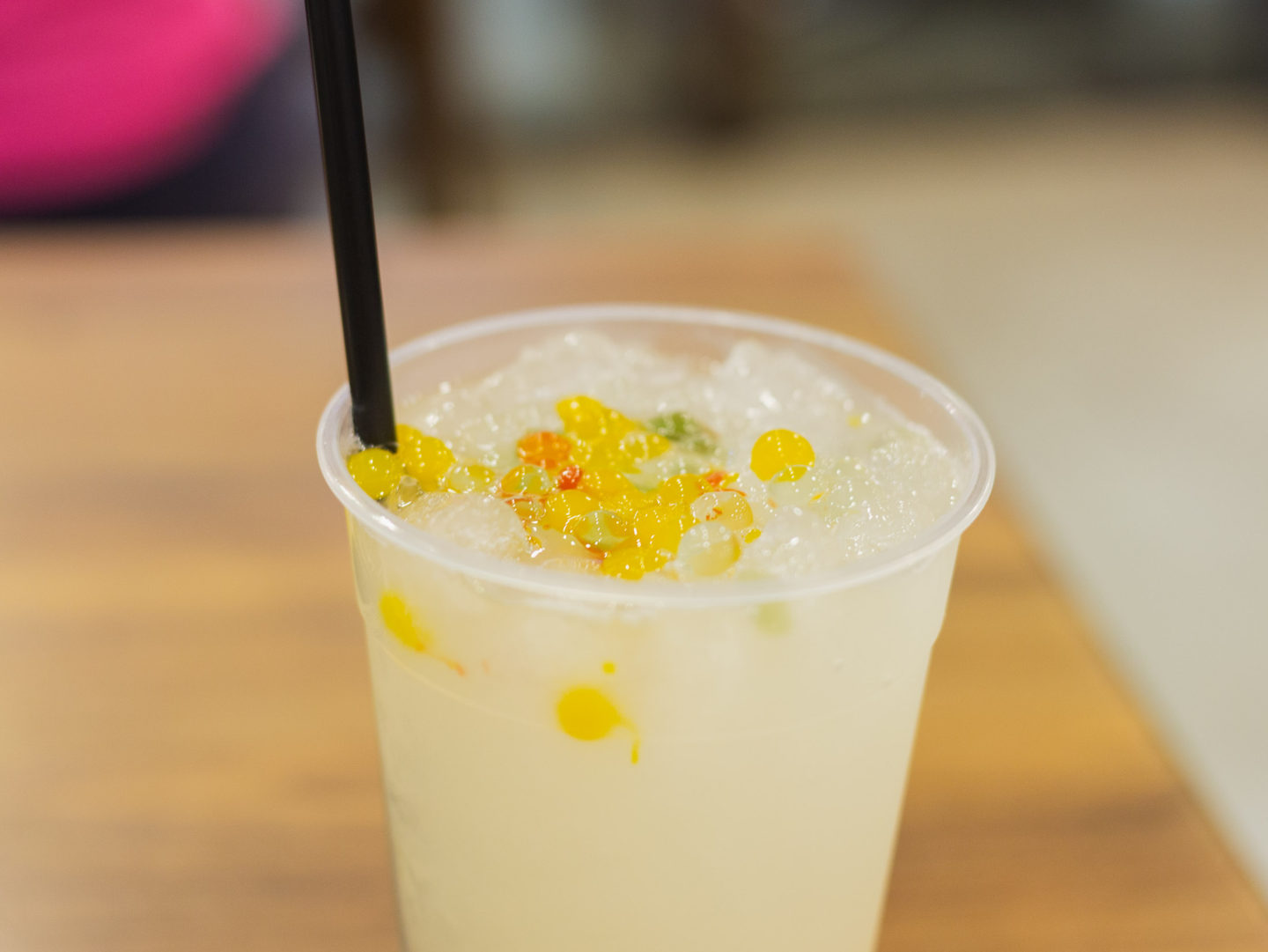 Since I hadn’t eaten anything since the morning, my friend suggested checking out Song Fa Bak Kut Teh. The restaurant originally started back in 1969 as a pushcart and now has three super popular locations. So popular, in fact, that the one near my hotel had a super long line! Luckily, another location wasn’t too far of a walk, so I went there instead and got in pretty quickly.

And, hey, if that location winds up being swamped too, there’s a Din Tai Fung in the same location, and you can never go wrong with their soup dumplings. 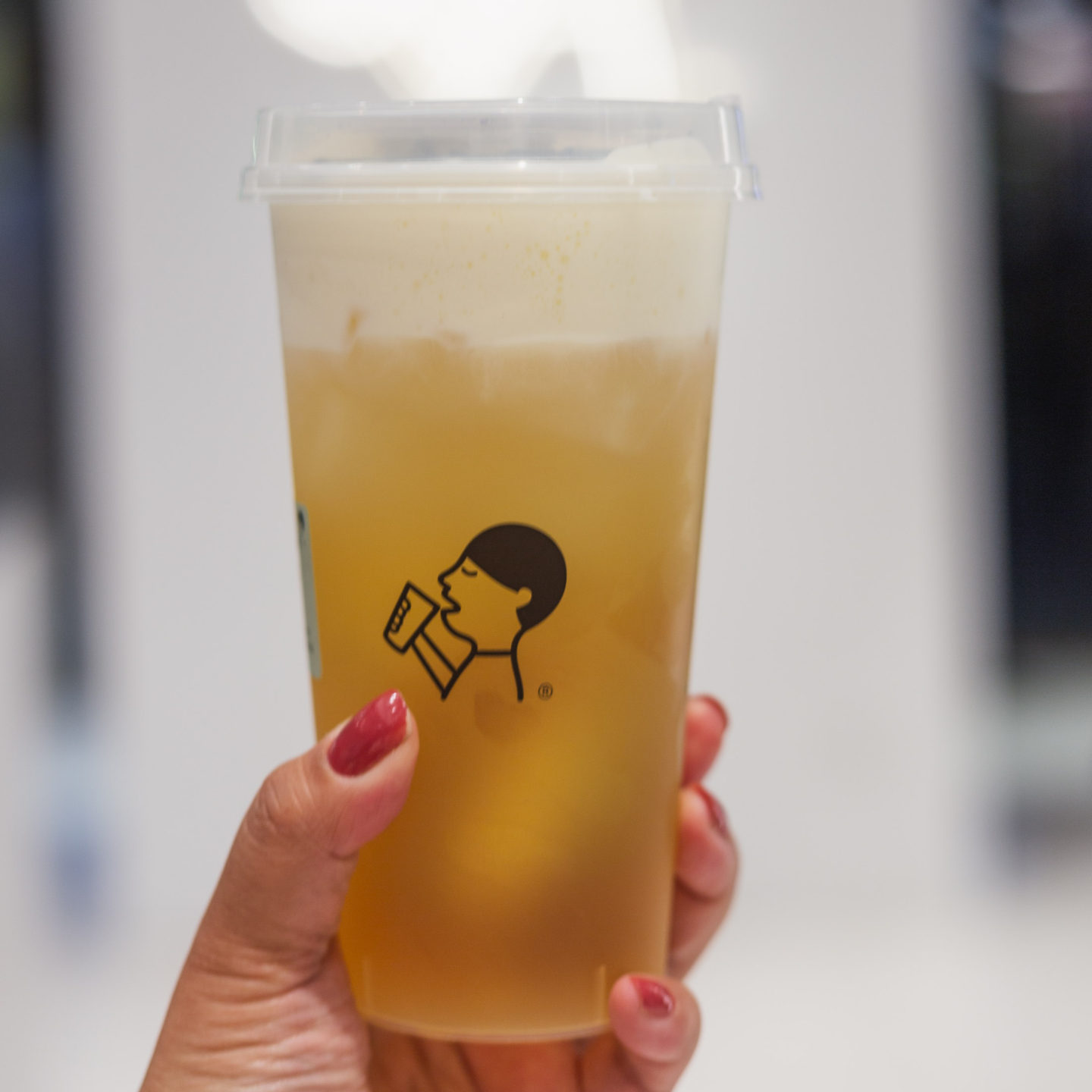 Once I finished my late lunch, I met up with my friend in Clarkson Quay. She loved Hey Tea from her hometown in China, so I agreed to go! Such a fun place! The drinks are a sort of cheese tea, which sounds gross but is so yummy. We then walked off dessert and my lunch and headed over to Robertson Quay to meet her friends for a later dinner at Three Buns Quayside. SO good!

Afterwards, we hung out at her apartment, but, of course, if you still want to see the city at night, I’d go to one of the bars with cool views, like Altitude 1! Sleep in a little! This is a lazy weekend guide after all. I met up with my friend at the Harry Potter Cafe, which is a super cute little place. Get a Grab there because it’s not super close to anything. 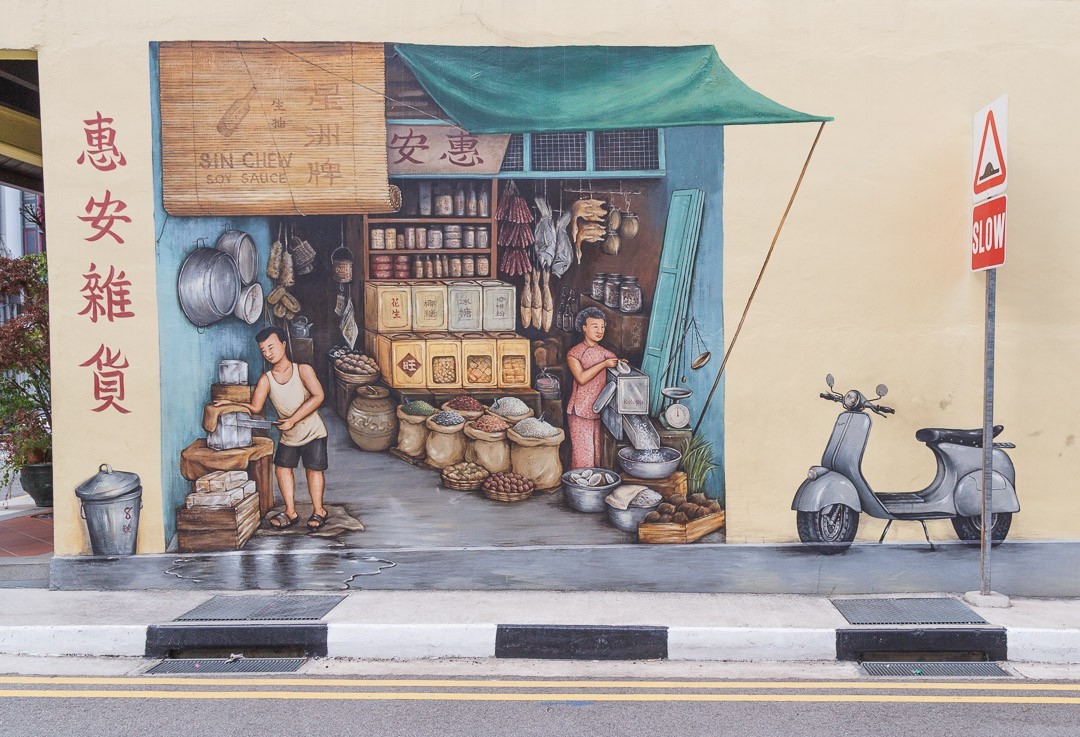 Since I wanted to see some pretty shophouses, my friend recommended getting dropped off around Spottiswoode Park Rd. It’s a nice, quiet area with really, really pretty houses! Like how do I figure out how to stay in one of these places? I don’t know if was when I went, but it wasn’t crowded with people and seemed much more residential. 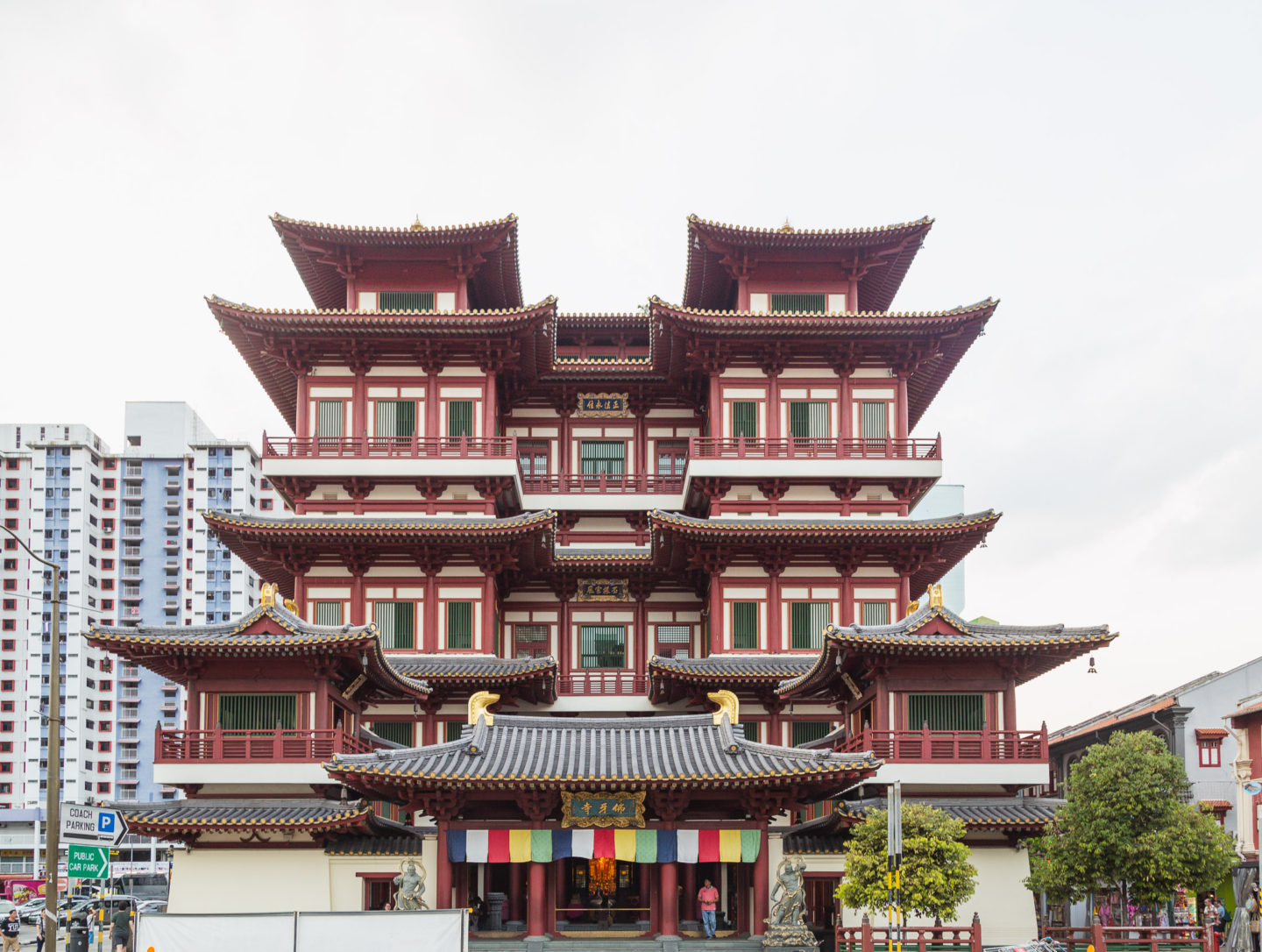 After I walked around Spottiswoode Park Rd., I walked over to Chinatown. You’ll know you’re there because you’ll see the giant Buddha Tooth Relic Temple! I went into the main alley and got some soup dumplings at a random little restaurant that didn’t even have a name on Google Maps. It’s near the Former Coolie House though. Then I just walked around and looked at the different shops before it started getting a bit more crowded. PS: If you were more of a “Friends” fan growing up, you’ve gotta check out the Central Perk cafe in Chinatown! 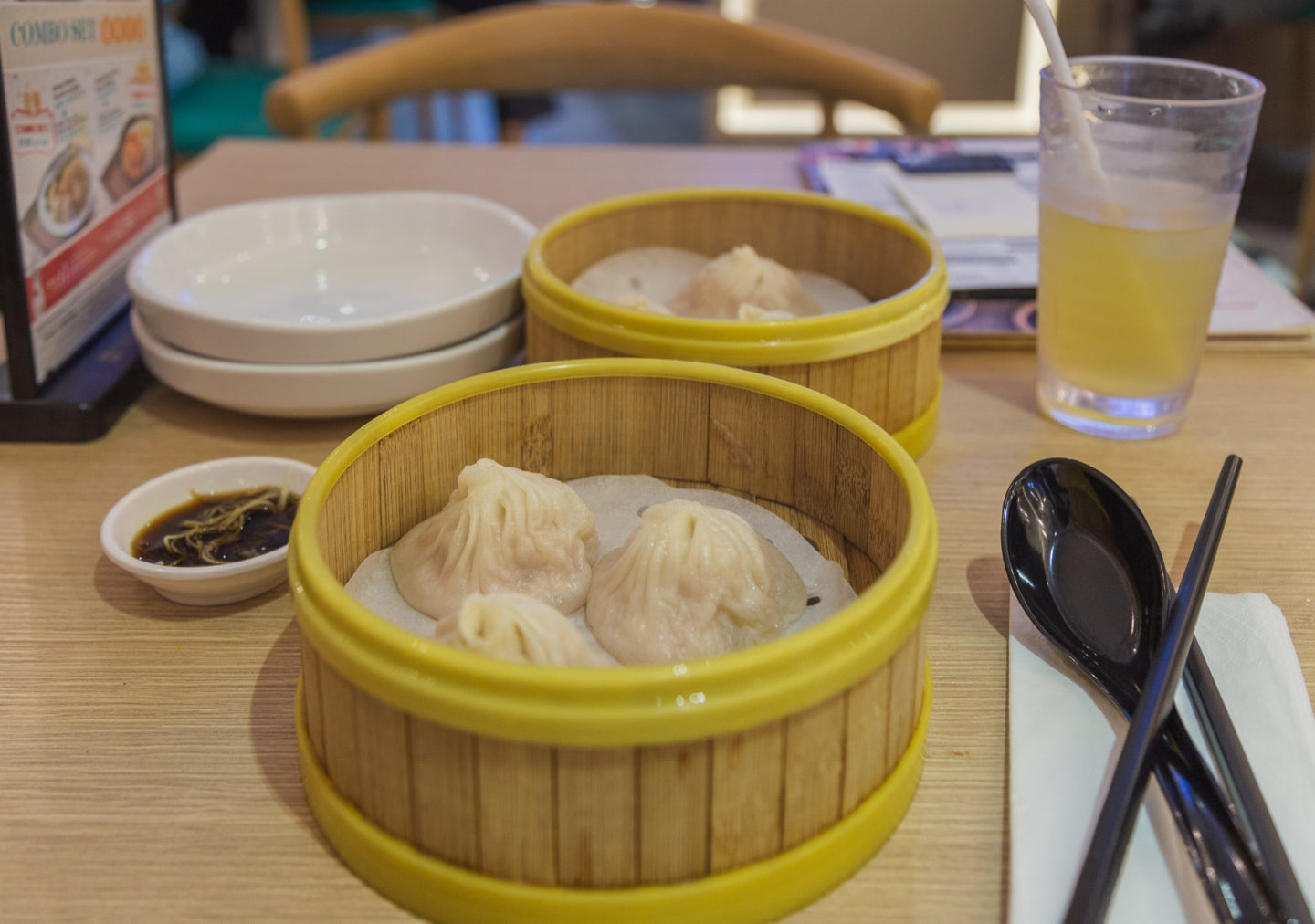 Nearby Chinatown is the Maxwell Hawker Center. It’s right across from the Buddha Relic Temple. Get the tian tian chicken rice! It doesn’t look like anything special and the line might put you off, but get a drink and wait — it’s worth it!

By the time I finished dinner, it was evening and I decided to walk back to my hotel. I got some ice cream on the way and then called it a night! I really, really liked the kaya toast I got in Kuala Lumpur, so I had to go to Ya Kun Kaya Toast at least once. Ugh, of all the delicious food I had in Asia this trip, this is the random, unhealthy dish I keep thinking about! It’s basically toast with butter and kaya jam that you dip into super soft boiled eggs mixed with a bit of white pepper and soy sauce.

Of course, I thoroughly enjoyed Ya Kun! It’s a franchise around Singapore, so there are a lot of locations, including at 3/4 of the airport terminals. Did I arrived extra early Monday morning just so I could go to Terminal 2 for some kaya toast before getting the shuttle to Terminal 4? You betcha!

If you want a slight discount (it’s already quite cheap!), then you can get a voucher here.

Once I finished breakfast, I eventually moseyed my way over to Arab Street. I think I may have stopped back at my hotel, but I know I eventually got there around lunch. You’ll know you’re there when you see the Masjid Sultan. It’s quite a beautiful mosque.

The streets are full of shops and whatnot. They looked nice, but I wasn’t particularly interested in buying anything since I know most of this stuff is overpriced in Singapore. I’m headed to Morocco, so if there’s anything crazy I want, I’ll just buy it at the source. Lunch: Restaurant near the Mosque

Right in front of the mosque is this Middle Eastern restaurant my friend told me to go to because the food was so good. I couldn’t pin it on a map, but you’ll notice it because the restaurant front has this pretty blue and white tile design. It’s a little pricey, obviously, so if you don’t want to spend that much I’d check out other places. I had Zam Zam on my list to try before I got lunch here.

Like one or two streets over is Haji Lane, a super fun alleyway. It got real crowded in the early afternoon, but it was fun anyway. It’s fully of quirky stores and restaurants! I think my photos mostly got corrupted because when I went to edit them, I was missing a whole chunk from here.

Anyway, I wound up going into a store called Hygge and buying another basket bag. Then I went down to the end of the lane and noticed there was a cat cafe! So I hung out in there for about an hour with some cute kitties and other cat lovers. I got a Lyft back towards my hotel to freshen up and rest for a bit, but I stopped by the Old Hill Street Police Station first to snap a pic! I took some that I liked and then I asked some girls to take my photo in front of the building. There’s traffic, of course, so you have to wait for the lull to get a really good shot. I think of the ones they took of me, there was one that I could work with, so I cut out my body and pasted into a photo I had taken when there was no traffic. And voila! Can you tell this is a composite? Dinner: Satay by the Bay

After resting in my hotel, I decided I needed to finally see the Gardens by the Bay! I mean, if you go to  Singapore and don’t visit this beautiful places at least once, did you really go?! Since I was hungry, my first stop was figuring out where Satay by the Bay was to get some food. I got soup dumplings (okay), skewers (delicious), and a dragon fruit smoothie (delicious). You can get vouchers here for a slight discount. After I finished eating, I walked over to the Marina Barge to see the sunset. It’s a nice, open air area which is more like a park! I think it’d make for a nice place for a picnic if you’re with your friends. You get the above view! Night: Gardens by the Bay

Once the sun went down, I went into the Supertree Grove. So, the park is free for the most part. What you’ll have to pay for is the OCBC skyway around the supertrees, the Cloud Forest, and the Flower Dome. If you’re there on a weekend evening, the lines look awful, so I passed on this trip. In the future, I’ll plan to go earlier in the morning. If you want to go into any of those three, get tickets here as they’re discounted online.

Other Major Things to Do in Singapore

I’d say that was a pretty nice weekend trip to Singapore! I’ll return some day to see more of the city and country since I didn’t even spot over at Universal or Sentosa Island, and I’d like to see more of the neighborhoods, like Katong and Little India. If you have any must-sees I missed on this trip, let me know!