I know what you’re thinking. Wait, what? You’re still proud to be American? Are you blissfully ignorant of the shit show that’s going on right now?

To be fair, when I first thought of this article, I began thinking of why I’m pretty embarrassed to be American lately. I’ve been living abroad for the last two years, and as an expat, it can be hard to swallow the news from my home country. Plus, I live in a bubble. I’m both removed from the U.S. and a representative of it. I’m sure any American traveler or expat will tell you, we often field a lot of questions about everything going on. And after a while, it feels almost like I should downplay my Americanness.

I mean, the list of frustrations sometimes feels endless. The police brutality, the counterattacks on innocent policemen, the racial tension decades after the Civil Rights movement, the treatment of Native American culture, the fact that women’s rights are an issue, not a given, the joke that is our media, the joke that is our current presidential election, the joke that is the weird internet feud between Tay Tay and Kimye, the treatment of Muslim immigrants, the exorbitant college education fees, the insistence on an illogical measuring system, the weird obsession with the “Bachelor” franchise….

But then I thought, “Why does this make me embarrassed?” There are ridiculous celebrities, worse rulers, and just as nasty tensions in a ton of other countries. What makes me so annoyed with my home country?

Bear with me as I sort through this seeming contradiction between feeling American pride and American frustration.

First, I need to give you a little backstory. I’m adopted. I was born in China, specific location unknown, and dropped off at an orphanage in Guangzhou. Like, literally dropped off. Now, let’s take a minute and think about what being an orphaned girl in China would have been like. Nothing against China, especially with the modernization it currently has, but let’s be real. I would not have nearly any of the privilege I have today. I would probably not have had much education and very little support, and in a society with Confucian foundations, I would never have even come close to thriving.

Now, continuing on. I’m very obviously Asian. My skin, my eyes, my hair, there’s no mistaking anything. There are very few countries where I would have ever felt like I truly belonged, and America is one of them. In fact, I’d argue that America is the leader of that sense of belonging. America’s whole schtick is this melting pot idea. This was the country people came from all over the world to start a new life and create new traditions. I could choose to spend the rest of my life in Korea, become perfectly fluent, birth Korean babies, go to fifty Chuseoks and Seollnals, but I will never, ever be Korean. However a Korean could move to Ohio, and become American. Anybody can be American, and that lack of exclusivity is beautiful. 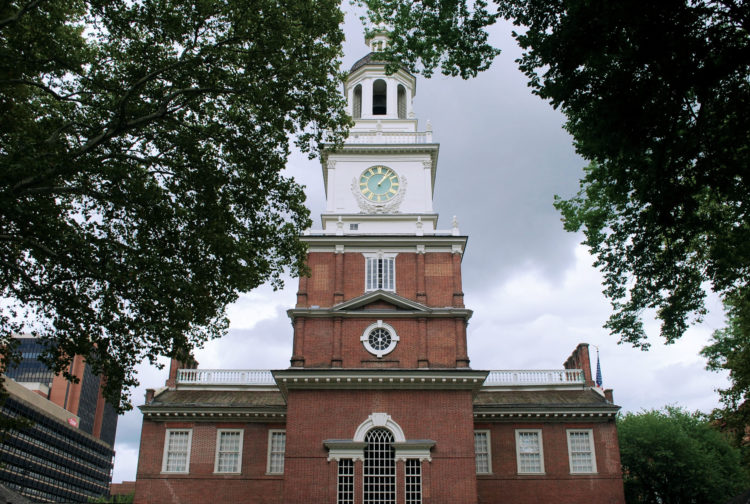 Which brings me to my next point. America for all its faults along the way has built itself up to be a leading power in the world. Our founding fathers broke tradition and created a government they believed to be based on pure logic. They wanted our constitution to last, to adapt with the times, to be a leading source of inspiration for centuries. In fact, the lines, “life, liberty, and the pursuit of happiness,” is something I showed my middle school students just the other day because those are basic human rights. Our country is the place where people felt for decades that they could come, create a community, and move towards a real future. For the longest time, America was seen as a country of hope. We were seen as the leaders of innovation.

And that makes me proud. I was adopted into a country that has tried to portray itself as the leader of change, creativity, and hope. I’m proud of our melting pot nature, and I’m proud as hell to be American. This is a place where I, an outwardly Chinese girl, grew up to speak Spanish, celebrated Christmas and Hanukkah (sans the double dipping presents), found a sense of home in Irish and Jewish culture, and could go to school without fear of death or harmful retribution. America may not be the only place this can happen anymore, but it sure did have a hand in leading the way.

And this brings me to why I’m so freaking embarrassed to be American sometimes. Because, guess what? I expect so much more from my country than what it’s putting out right now. SO much more. More than any other country in the world.

I hold America to higher standards precisely because I believe in the idea that it is this place of hope and change. I grew up to believe that skin color did. not. matter. EVER. I grew up to believe that our president and our government, designed free of the illogic that comes from including monarchy and church influence, would always have my best interest at heart. I grew up to believe that women can do anything and are equal to men. I grew up believing that I should be proud of my country for all it does in the world. Because it’s supposed to be one of the few countries that leads civilization in the right direction.

So why, why, why is it not living up to these star-spangled expectations? Why am I seeing more racial tension than I ever thought possible in 2016? Why are women still defending their rights on a range of issues in 2016? Why does religion have any role in government in 2016? Why is logic being shoved behind fear mongering, shady ethics, and appeals to emotion? We’re the land of the free and the home of the brave, so why aren’t we acting like it?

I’ll leave you with this quote from the sadly short-lived, “Newsroom:”

….[S]o when you ask, “What makes us the greatest country in the world?” I dunno know what the fuck you’re talking about! Yosemite?

It sure used to be. We stood up for what was right. We fought for moral reasons, we passed laws, struck down laws for moral reasons, we waged wars on poverty, not poor people. We sacrificed, we cared about our neighbors. We put our money where our mouths were, and we never beat our chest. We built great big things, made ungodly technological advances, explored the universe, cured diseases, and we cultivated the world’s greatest artists, and the world’s greatest economy. We reached for the stars, acted like men. We aspired to intelligence, we didn’t belittle it; it didn’t make us feel inferior. We didn’t identify ourselves by who we voted for in our last election, and we didn’t…

We didn’t scare so easy…Huh. We were able to be all these things and to do all these things because we were informed. By great men, men who were revered. The first step in solving any problem is recognizing there is one. America is not the greatest country in the world anymore.