Sarah’s journey to a life of travel began, as with most of us, in her otherwise very normal childhood. Raised in suburbia, she describes herself as a daydreamer. “I was constantly lost in my own world, writing, drawing, and playing make-believe with friends.”

She began to take interest beyond her backyard with every young girl’s favorite twins, the Olsens. From Our Lips are Sealed, Holiday in the Sun, and Passport to Paris, she began to picture herself in far off places. Her own family opted to stay nearby for vacations, choosing camping trips to California’s Refugio State Beach. While she loved summers spent with s’mores, popsicle, the smell of campfire, kayaking, and stand-up paddle boarding, her imagination ran wild. “Before Pinterest, my biggest inspiration for travel was books. I loved sitting in the travel section at the bookstore for hours and searching for places to go.”

However, the simple joys of childhood dreaming don’t last very long in the face of growing up. Though it took her some time to put a name to it, Sarah began struggling with deep unhappiness and unrest.

“When you’re stuck in a cycle of anxiety and depression, your world can feel so small, so isolated.”

Heartbroken after university rejections, studying a major she didn’t love, and fearful that she might never finally leave her hometown, 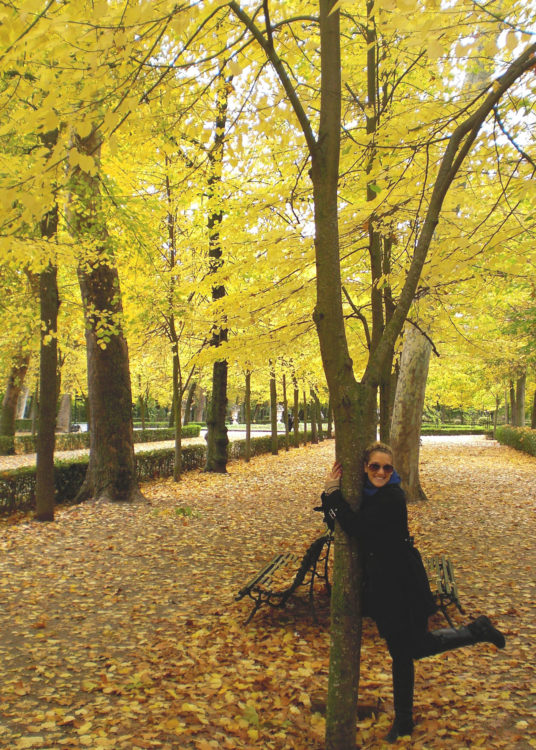 Sarah began to understand this sadness after reading Eat Pray Love.  “There was a moment when she described feeling like the only thing harder than leaving was staying where she was at. It was exactly how I felt. I wanted to be pushed, so it was then that I realized I needed to make travel a priority.”


Just dreaming about travel offered her relief– an antidote to her anxieties. “Travel is about being fearless. Day dreaming about travel was filling my mind with who I wanted to be and who I knew I could be, not just the body and mind I felt stuck in at the time.” With this newfound courage, she just had to decide where.

Studying in Madrid was a natural choice. With Mexican-American roots and a Spanish ancestry, Sarah studied Spanish seriously in school. She saw it as a connection to her history. Of course, as a new traveler, she wasn’t quite ready to take on Latin America, so she chose Spain. It had always been a dream destination, and she’d get her big city experience. Not to mention, the rest of Europe was at her doorstep.

Of course, student life at La Universidad de Complutense de Madrid proved challenging. Nothing can quite prepare you for the total freedom involved in being young in a foreign country. “I had a blast, but I struggled to find my groove in the beginning.” Between the mental exhaustion from classes in foreign language, whirlwind weekend trips, and late nights out, it was hard developing friendships and balancing this rigorous pace of life. “After all, we only had three months to have the time of our lives.”

“I found myself wondering if maybe I wasn’t the adventurous explorer I always wanted to be.”

However as her time in Madrid grew, Sarah grew as well. She was changing as the small, day-to-day victories began to pile up. “Every day in Spain, I was living past fear and participating in my life. I think we like to perpetuate the idea that travel has to be a constant, huge adventure, but it was the day-to-day moments that changed me the most. The first day I successfully rode the metro without getting lost, or talked on the phone with a Spaniard, or learned 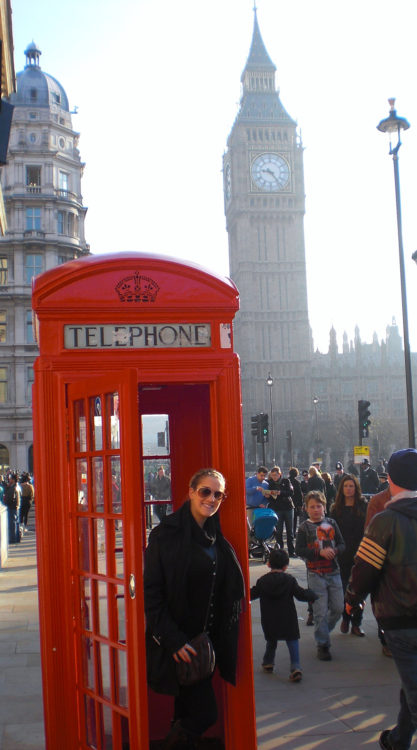 how to order my coffee just right, without pause… If you’re brave enough to live your dreams one small action at a time, you can find incomparable joy while running to catch a flight or finding a restaurant without a map.”

If Spain was the beginning, Sarah’s true renaissance came later when she quite an unfulfilling job. She recommitted herself to Christ and God and knew simply continuing to exist was helping no one. A bit impulsively, she joined her yoga teacher for a six week retreat in Costa Rica. There she would earn her yoga certification. It was one of the best trip she’s ever taken, and while yoga is not her calling, she never regrets making the decision. “I really thrived when I was backpacking in Costa Rica. It was my first solo international trip after studying abroad in Madrid, and it sounds cliche, but I really ‘found myself’ there. I was so connected with who I was at my core, beautiful, fun, adventurous, brave, and not at all sad. I knew that this was what I wanted out of travel; to feel wonder, amazement, love, and joy.”


When she returned, she knew she wouldn’t be home for long. With a renewed love of writing, travel on the brain, and Spain still calling her name, Sarah naturally jumped at the chance to return. “This October, I will be moving to Mijas, Spain for six months as part of a Christian Leadership Program called the G42 Leadership Academy. I’ll be focusing on advancing my writing skills and equipping myself for a life in ministry and service.” Of course, she’ll explore in her free time, and she’s anticipating overcoming her fears and finding confidence in her skills as a writer.

It’s been a long journey to reach this sense of peace, and it’s time for a new one to start. Sarah’s got big dreams, and she hopes to write and serve people all over the world while traveling. She created Salted Adventures, which takes its name from the verse above. She wants to help readers realize, “how powerful we are, how courageous we can be, how we fill this earth with flavor. Salted Adventures is about the belief that if we are the salt of the earth, then we also must be the adventure ourselves. We don’t need to look for adventure, we carry it with us wherever we go.”

Interview by Samantha, Photos via Sarah