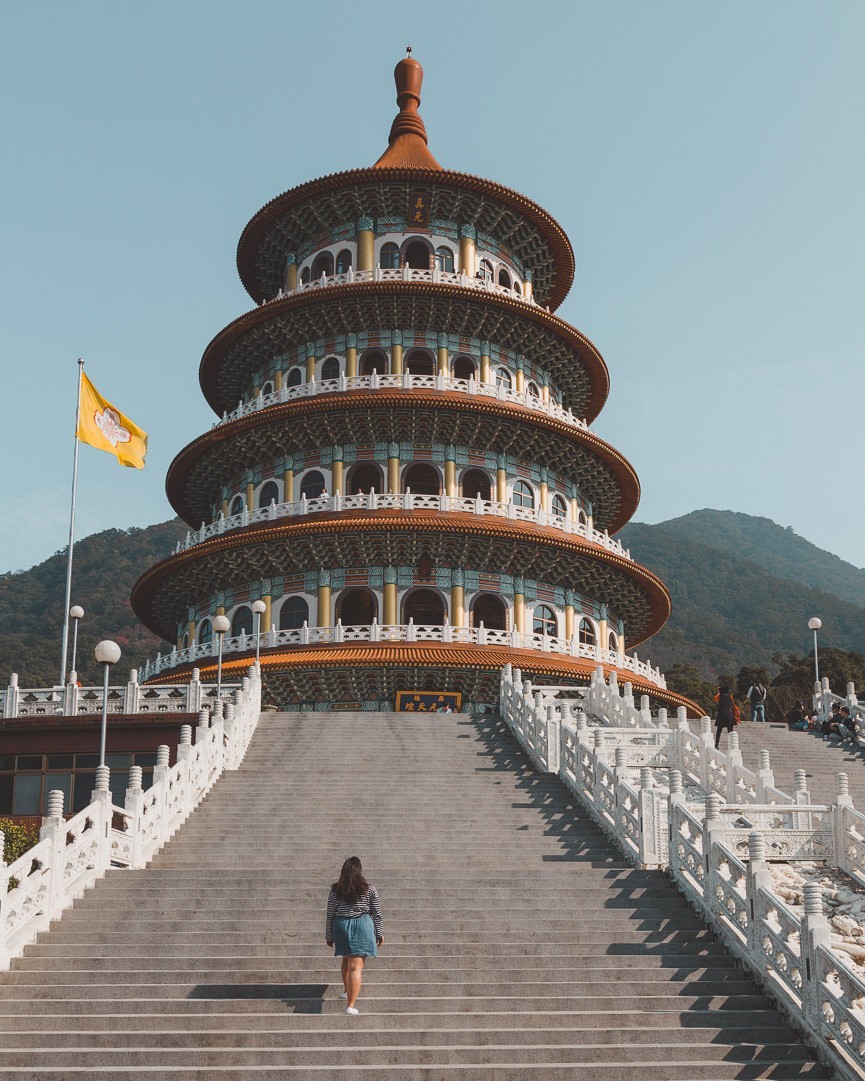 Oh hey! If you’re thinking, “Wow a monthly update already, I just read your January one,” you’re not wrong. I was super late getting my January update out, and kind of on-time posting this February one. And boy what a month it’s been. Just a fair warning, this might get a lil political, but it’s still at the front of my thoughts.

First, let’s start off with the personal.

I spent most of this month in Taiwan! I’ve already published a few of the posts from my trip, but there’s definitely a ton more to come. My goal this year is to get two useful posts out a week, and I want to return to some of the things I used to post — like my quick airline and accommodation reviews.

Taiwan was everything I was hoping it’d be and more, and I’ve only been to half of the island. It rained or was cloudy for most of the trip, but I was also expecting it, so I was fine. Plus there were even a few sunny days towards the end!

The two-ish weeks I’ve been back have been my normal routine of work, blogging, photos, and friends. I did a quick little photo shoot to work on my couples photography followed by brunch at my favorite place, McKenzie’s House. My kids are still cute, my adults still motivated, and the weather is starting to get warmer! If I look back later, I’ll probably look at this as a calm period in my life.

Now for the frustration.

Oh right, because what’s the point of thoughts and prayers if there’s no follow-up action? “Oh, sorry I never actually told you, ‘Happy Birthday,’ but I thought about it and even prayed for you!” Thanks?

My frustration with the Florida school shooting is in two parts. On the one hand, it’s my usual frustration with America in general. I’m at that stage where I still love my country, but I also don’t really like it at the moment.

On the other hand, I cannot imagine what kind of horrible day that was for Stoneman Douglas, for the victims, the survivors, and their family. The thing that gets me is that it should never have happened. By all reports, just about everything was done to try and prevent this including:

and much more. And yet, he still managed to buy a gun legally? I’m sorry, something is broken, and the political debates right now are almost farcical. Yes, please let me know where you’ll find the funding to support teachers having guns because last time I checked my teacher friends were spending their paychecks on school supplies while watching their salaries freeze.

And also, if you really, truly think good guys with guns stop bad guys with guns, then I urge you to take a look at Neil Gardner’s role in the Columbine shooting.

Secondly, it’s the way the media and the general public is handling the shooting coverage. There’s a lot they get right and a lot they get wrong, but by far the most asinine trend I saw was trying to call these kids crisis actors.

What really boils my blood, though, is any attacks on the survivors. From petty tweets to straight up death threats, WHAT IS WRONG WITH YOU?

THESE KIDS JUST SURVIVED A SCHOOL SHOOTING. These are 14-18 year-olds who were texting their parents goodbye, truly believing they were going to die. These are kids who lost people they knew and/or loved. These are kids who had a place where they spent most of their time go from a safe area to a crime scene.

YOU DO NOT GET TO ATTACK THEM JUST BECAUSE YOU DON’T AGREE WITH THEM. HOLY SHIT, WHY DO I NEED TO SAY THIS?!

There’s a lot of things I feel about this shooting and America’s gun culture in general, but I’ll leave that for another time.

Ending on a positive note.

Doing a total 180 because now it feels so long ago, but the Eagles won the Superbowl and I may have started quietly crying in the back of a van on my way from Hualien to Jiufen.

I have been an Eagles fan for my whole life. No really, this is me like one month into living in America: 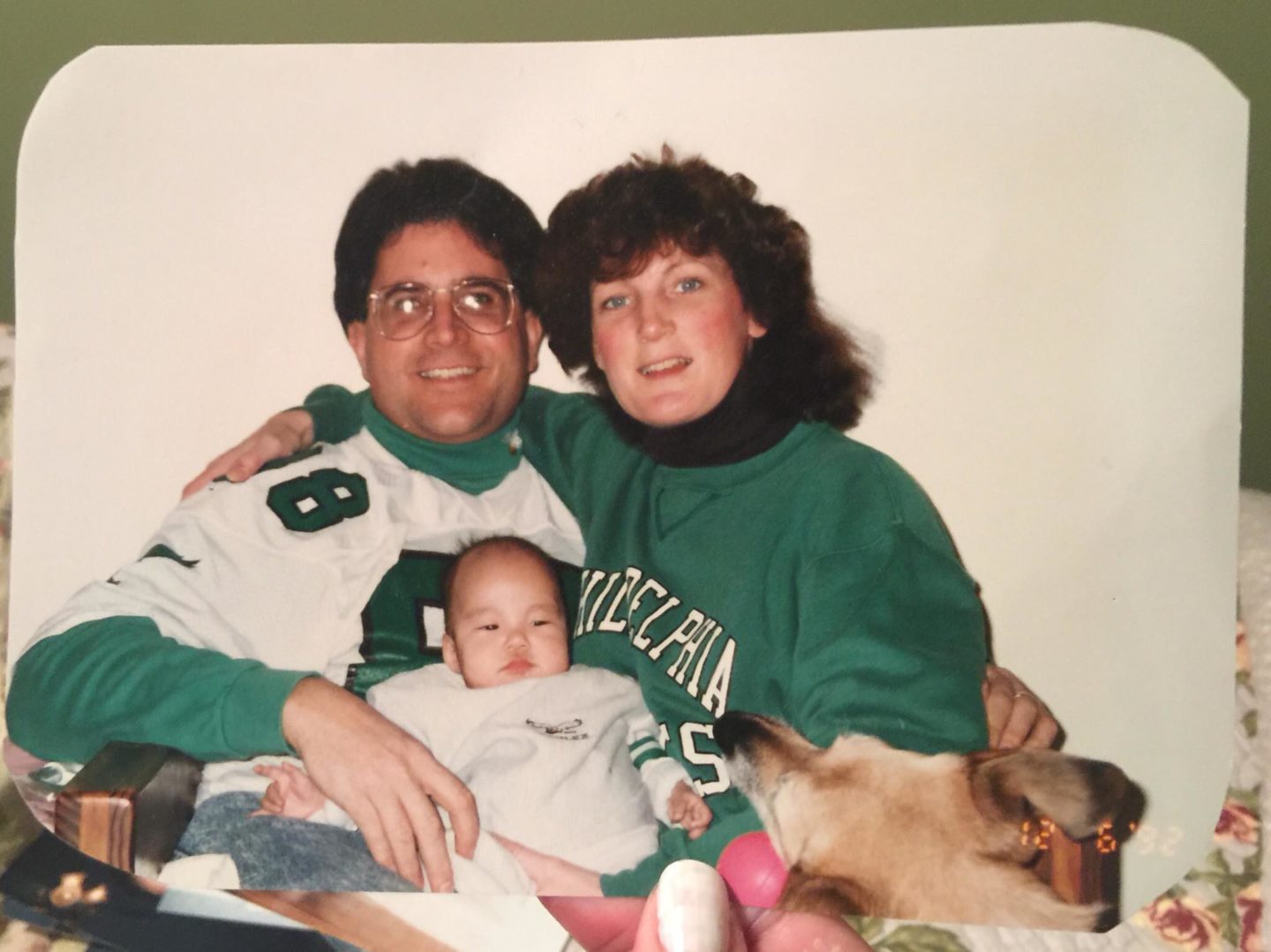 I lived through the McNabb years. I’m still scarred from that 2004 Superbowl. I remember forcing someone to stay in the bathroom if we scored a touchdown while they were peeing or wearing green napkins on our heads for luck. Heck, one of my oldest friends said she always thought my mom was calm until she saw her charge towards our TV waving a wooden spoon in anger at one of the games!

This win is so sweet, I can’t even put it into words how happy I am.

Anyway, on to some of the things I’ve been watching/reading/etc:

I’ve been seriously slacking on my 52 books challenge! I pretty much only finished books I started in January: The Constant Princess and Extremely Loud and Incredibly Close. I only started two new ones:

What I’ve Been Making

You know, I don’t think I’ve been watching too much of anything new lately. The two things that come to mind are:

Some new songs I’ve added in:

Any other writing projects:

What’s new with you?