As someone who generally disliked science in high school, I will say the astronomy portion of my ninth grade Earth and Science class was one of my favorites. I actually enjoyed memorizing the different moon, star, and constellation names because they were all based on Greek and Roman mythology, and I was obsessed with the shenanigans of the gods and goddesses of Mount Olympus.

When my friend and I found out that stargazing was one of the top things to do in the Atacama Desert, we knew we had to include some sort of astronomy tour into our agenda. After all, we were both from suburban areas in Pennsylvania. The night skies never looked as clear as they did for us in northern Chile. 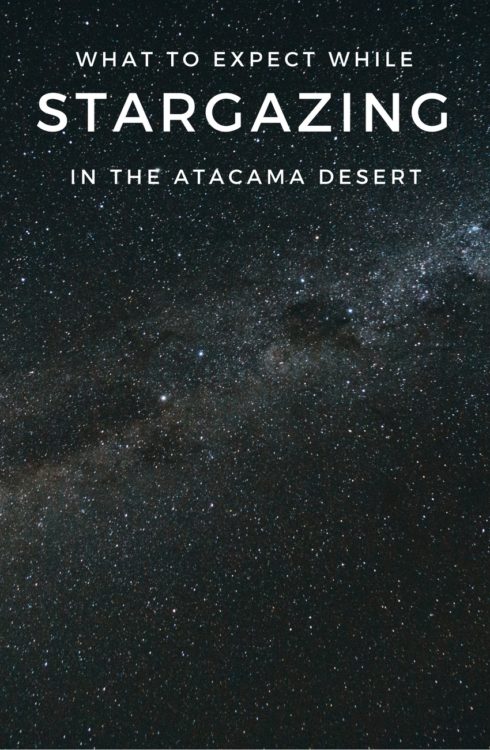 After reaching out to Jorge Corante, we joined one of his tours at the end of our first full day in San Pedro. His tour, the SAT 1 Special Astronomical Tour, is one of the top rated in the Atacama Desert, and after spending four hours with him and a few other visitors, I can see why.

It’s pretty clear that Jorge has dedicated his life to the stars, and he loves sharing his knowledge with cursory travelers. He grew up watching the night sky with his grandmother and family in Toconao village and spent his free time studying astronomy. 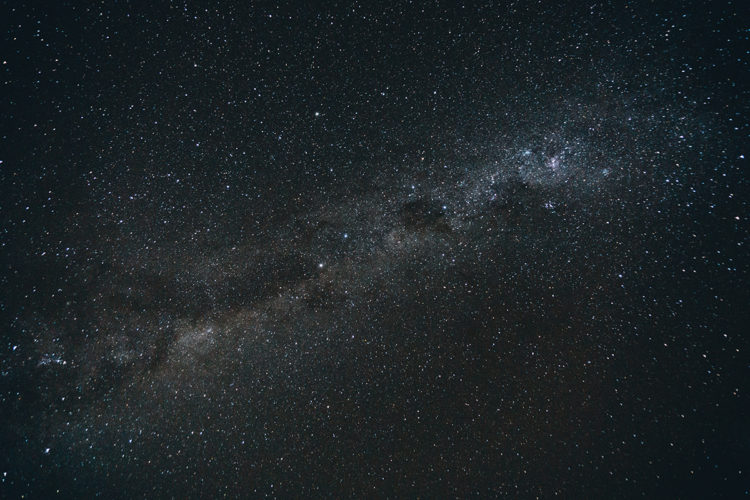 Jorge picked all of us up from our respective hotels and guesthouses around 8:00 p.m. He says his tours only go up to 14, though the average is around 7-8.

He then drove out to a designated area for stargazing. Here he had comfortable seats and blankets for the first half of the tour: a beginner’s astronomy class. Don’t worry, you won’t be bored. His own natural enthusiasm for the topic shines through, and he knows how to keep things interesting.

Trust me, we had just made the poor decision of biking nearly 50 km around Valle de la Luna with little water earlier that day, and we were both wide awake the whole time.

After you’ve covered the basics and had a quick snack break (provided by his lovely wife), he’ll take you around to each of his telescopes to get a closer view of the very stars you just studied. It really is interesting being able to get such a close view of the specific stars. You’ll get close enough to see the slight color differences and tiny clusters normally invisible to the human eye.

Towards the end of the night, he’ll teach you how to photograph the night sky. He even has a few tripods set up in case you forget your own, and if you don’t even have a proper camera for viewing, he takes plenty of his own for you to enjoy. 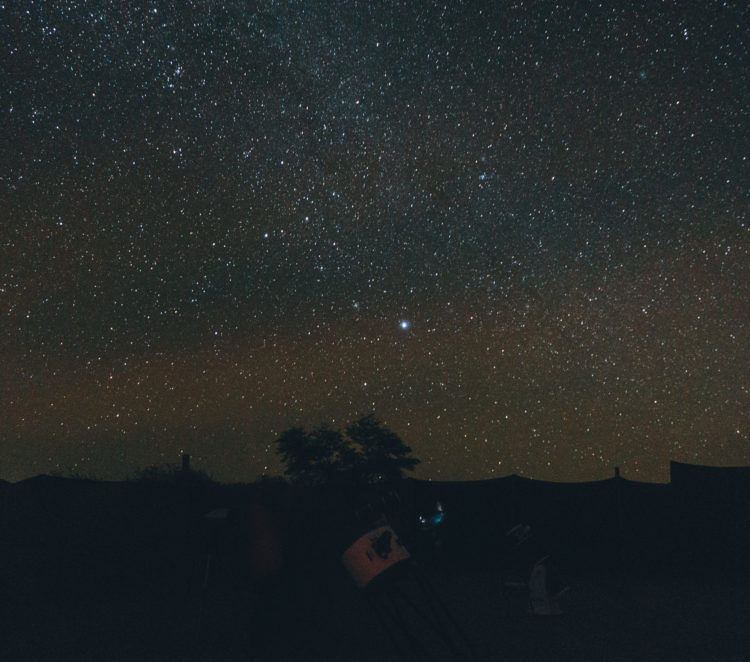 Have you ever been on a stargazing tour?

Even if you have no interest in astronomy, you’ll seriously enjoy Jorge’s class and tour. I mean, how many tour guides not only remember your name and the proper spelling but can do this?

Disclosure: This post was made in collaboration with Stargazing Atacama. All opinions are my own.