[dropcap]O[/dropcap]ne long weekend in May, friends and I decided last minute to head out to Ulsan in Gyeongsangnam province. It’s about an hour from Busan and three hours from where we live. To be perfectly honest, as a tourist destination it doesn’t offer a whole lot compared to other port cities down south. We one hundred percent chose Ulsan on a whim since I had plans to visit Yeosu later in June, and we’d already been to Busan quite often. In fact, upon research, there’s not a whole lot about the city and our friend’s Lonely Planet didn’t even include it!

While Ulsan is known more for its old whaling practices and current industrial reputation with major ports, shipbuilding, and trade with East Asia (trust me you’ll notice this all right away), it does actually have some insanely beautiful natural views. We chose to stay a bit out of the downtown area at an AirBnb along the coast. It is about half an hour from the bus terminal, but we had someone come pick us up, and there is a bus stop as well as smaller bus terminal (꽃바의) nearby. It’s also not far from a few of the attractions, so it made getting around that much easier. Check out our quick guide to Ulsan below.

Ulsan itself has designated twelve locations as the “Twelve Scenic Areas of Ulsan.” While some of them might not be up your alley, some are truly stunning. We only managed to visit Daewangam Park as well as Ilsan Beach, but it’s worth listing them should you want to travel through. They’re especially interesting if you like hiking. Since the first four are actually closer to a smaller town near Ulsan, you may want to split your accommodation and find somewhere in Eonyang for a night or two and then come back.

GAJISAN PROVINCIAL PARK (가지산도립공원) | Gajisan is part of the larger Baekdudaegan MountainRange (aka the Yeongnam Alps) and is Ulsan’s tallest mountain. Covered in reeds, it is considered beautiful regardless of the season. You can also check out Seognamsa Temple, built around the 800s, as well as take in views of the other mountains in the range from atop. Their hiking trails last anywhere from three hours to four hours, covering between 4-6.7 k.m. Look for a bus that heads to “소야정.”

PARAESO WATERFALL (파래소폭포) | South of Seognamsa Temple is Baenae Valley (배내골) where you can find Paraeso Falls. The waterfall is 15 meters high and falls into a 100 meters wide pond below. Might be a nice treat after hiking Gajisan. If you opt not to hike beforehand, head towards Eonyang Express Bus Terminal (언양시외버스터미널 or 언양시외버스정류장) and then find a bus to “배내.”

SINULSAN’S SILVER GRASS PLAINS (신불산 억새평원) | Another hiking trail within the Yeongnam Alps is up Sinbulsan, with much easier courses than Gajisan. The silver grass is best seen near the peak from Danjiseong fortress. Since Sinbulsan is actually a bit out of the city, you’ll want to go to Eonyang Intercity Bus Terminal (언양시외버스터미널 or 언양시외버스정류장). From the terminal, you’ll want to find a bus that will take you to “간월산장.” You can start your hike from there.

JAKGWAECHEON (작괘천) | Here you’ll find a stream formed from erosion, running by a small pavilion. One the rocks you can see poetry contest winners’ names (often in Japanese) etched into the smooth rocks. To get here, find a bus that heads towards “작괘천.” It’s also out near Eonyang, so you can easily fit it in with your Sinbulsan trip.

GANJEOLGOT CAPE (간절곶 등대) | Gangjeolgot Cape is known as the earliest place to see the sunrise in East Asia. If you want to join the crowds, it’s a good place to see the sunrise on New Years, but you can enjoy it just the same any other time of the year. You’ll know you’re there when you see the massive lighthouse and giant mailbox. Look for buses that head towards “간절곶.”

JUJEON MONGDOL BEACH (주전몽돌해변) | This black pebble beach is a rarity in Korea. Stretching from Jujeon to Gangdong, it is also a good place to try out some of Ulsan’s seafood. Look for buses that head to “주전새마을.”

DAEWANGAM PARK| This park is on a bit of land jutting off the coast into the sea and is covered in pine trees. You can get here from Ilsan Beach and walk all the way to the edge and cross the bridge to a little rock island. It’s got some really beautiful views, especially during golden hour, and you might even spot a few cats roaming about! Find a bus that has this stop name: “대왕암공원” or Ilsan Beach’s stop “일산해수욕장.”

DAEUNSAN’S NAEWONAM VALLEY (내원암) | Within this valley are clean waters, a five hundred year old nettle tree, and an old hermitage. You can even view the ruins of its original head temple, Daewonsa. Look for buses that head to “남청,” and then from there head to Daeunsan on a 상대고산 bus. Hiking to the valley should be less than half an hour.

INDUSTRIAL VIEW FROM MURYONGSAN (무룡산) | I’m personally not a fan of views like this, where you basically just see all the factories polluting the air. Sure the intricacies are interesting to see, and you might enjoy them (apparently the night view is best), but I’d personally pass on this. Look for “무룡산” on your bus.

BANGUDAE CLIFF (반구대) | Named “bangudae” because of its turtle-like shape, this area has been a long favorite with nationally treasured petroglyphs dating back to the prehistoric era. It was also a favorite of many Silla Kingdom and later Goryeo Dynsasty artists. While here you can also check out the Ulsan Petroglyph Museum (울주 대곡리 반구대 암각화). Look for a bus that goes to “반구대입구.” You’ll then have to taxi to the petroglyphs.

ULSAN MUNSU FOOTBALL STADIUM (문수축구경기장) | This is another sight that will only really be appealing if you’re interested in soccer or experiencing a Korean soccer game. As someone who lived in Madrird for four months and had no desire to watch a Real Madrid game, I’m clearly not the target audience! Find a bus that heads to “문수축구경기장.”

SIGHTS WITHIN TAEHWA RIVER GRAND PARK (태화강 대공원) | Spend an afternoon along the Taehwa river and check out the two main views, a standing rock (선바위) and a bamboo forest (십리대밭) that stretches between two bridges in the river. Look for buses that go to 크로바아파트 (Croba Apartments).

If you want more of a nightlife scene, Ulsan is a city of 1.2 million, so you’re bound to find some good bars and clubbing. There’s actually not a whole lot of recent information about nightlife (the Waygook page is quite old now), but we pieced together quite a bit from trial and error. Near our Airbnb are a lot of foreign bars (the area itself is more foreigner heavy), but the whole atmosphere was pretty dead. Head to Mugeodong, which is near Ulsan University for a cheaper bar scene. We went to get drinks, and it’s definitely no Hongdae, but there are plenty of bars and norebang (karaoke) places to choose from. We had the most fun in Samsandong (the new downtown), and it was easily the busiest area of the three. Head to any of the bars and grab some food and drinks, then go clubbing at Second Hotel. It costs 15,000-20,000 entrance and comes with a drink. The music was pretty good, and it’s a fun place to get lost in the crowd and dance! My ears were definitely struggling the whole next day though…

While I can’t totally recommend going to Ulsan if you have limited travel time in Korea, it is a nice escape for anyone who does live long term in Korea. It also might be nice if you want a coastal city that doesn’t get a town of tourist crowds. 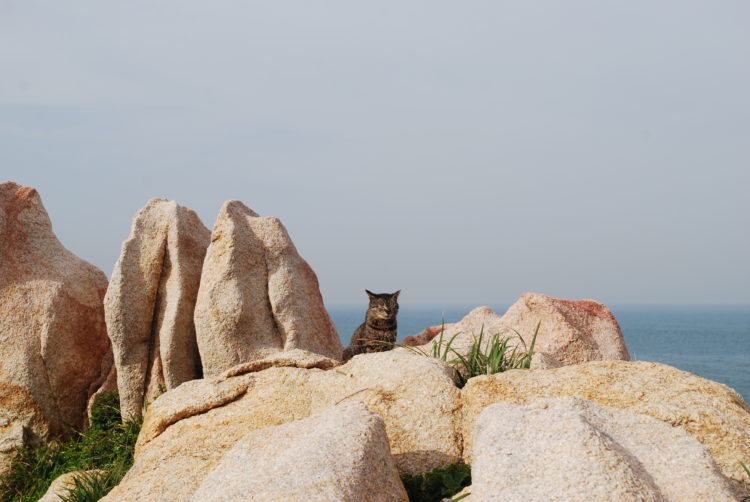 If you do come and want to do a tour, there are a few to choose from. You can see the English guide here.

Have you been? What are some of your favorite, lesser known places?