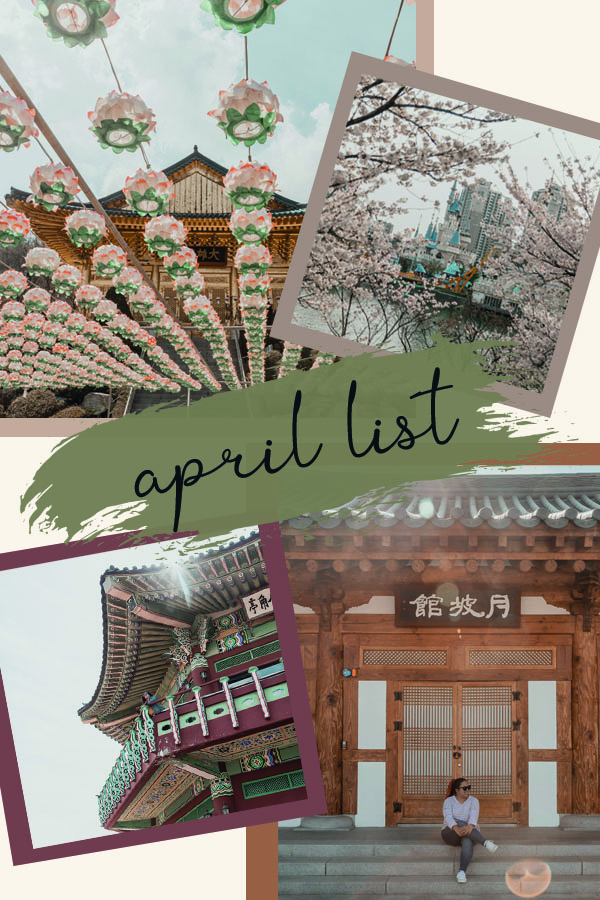 Hello from not-so-sunny Portland, Maine! I decided to come up quite last minute for the Women in Travel Summit (WITS19), so it’s been fun seeing a new place! I haven’t been to Maine since I went camping here at the age of 8, and it’s still one of my favorite summer vacation memories.

Anyway, hi, April, where did you go?! 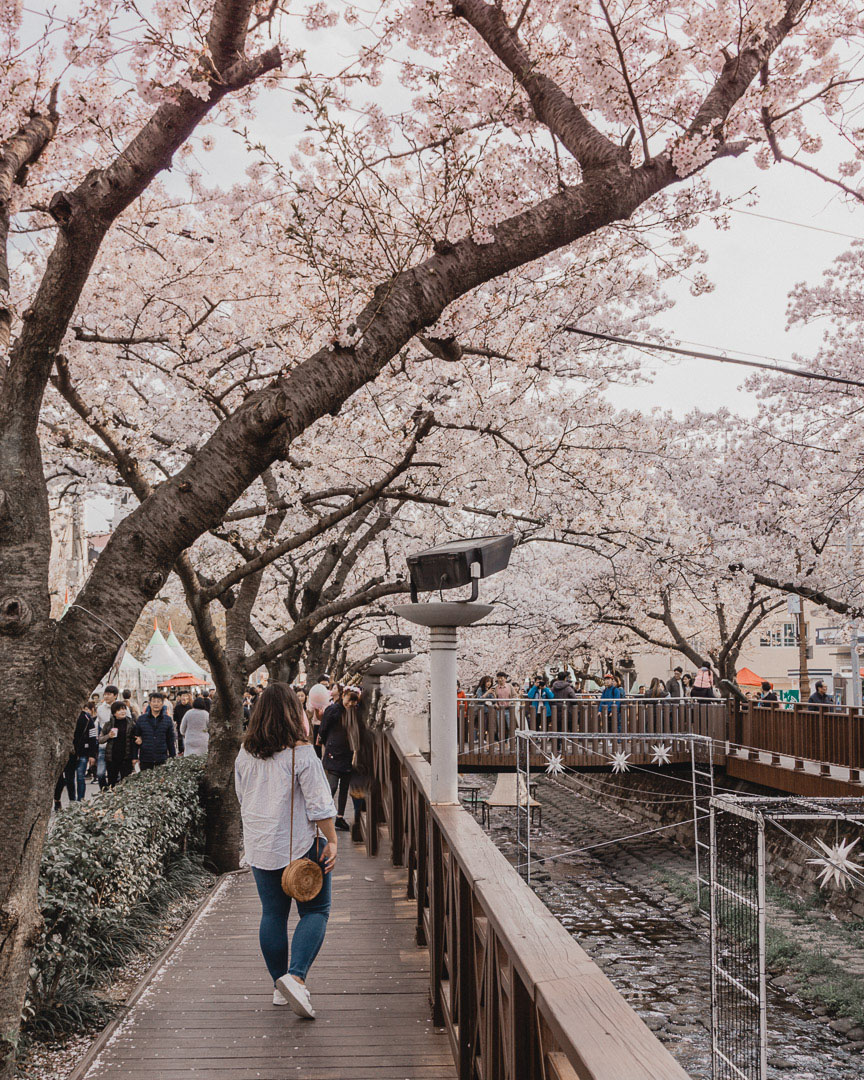 I spent the first few days or April still with my friend, Stacey, in Suncheon, doing some fun  day trips to Jinhae and Damyang with my other friend, Lisa. It was nice being around everyone again! 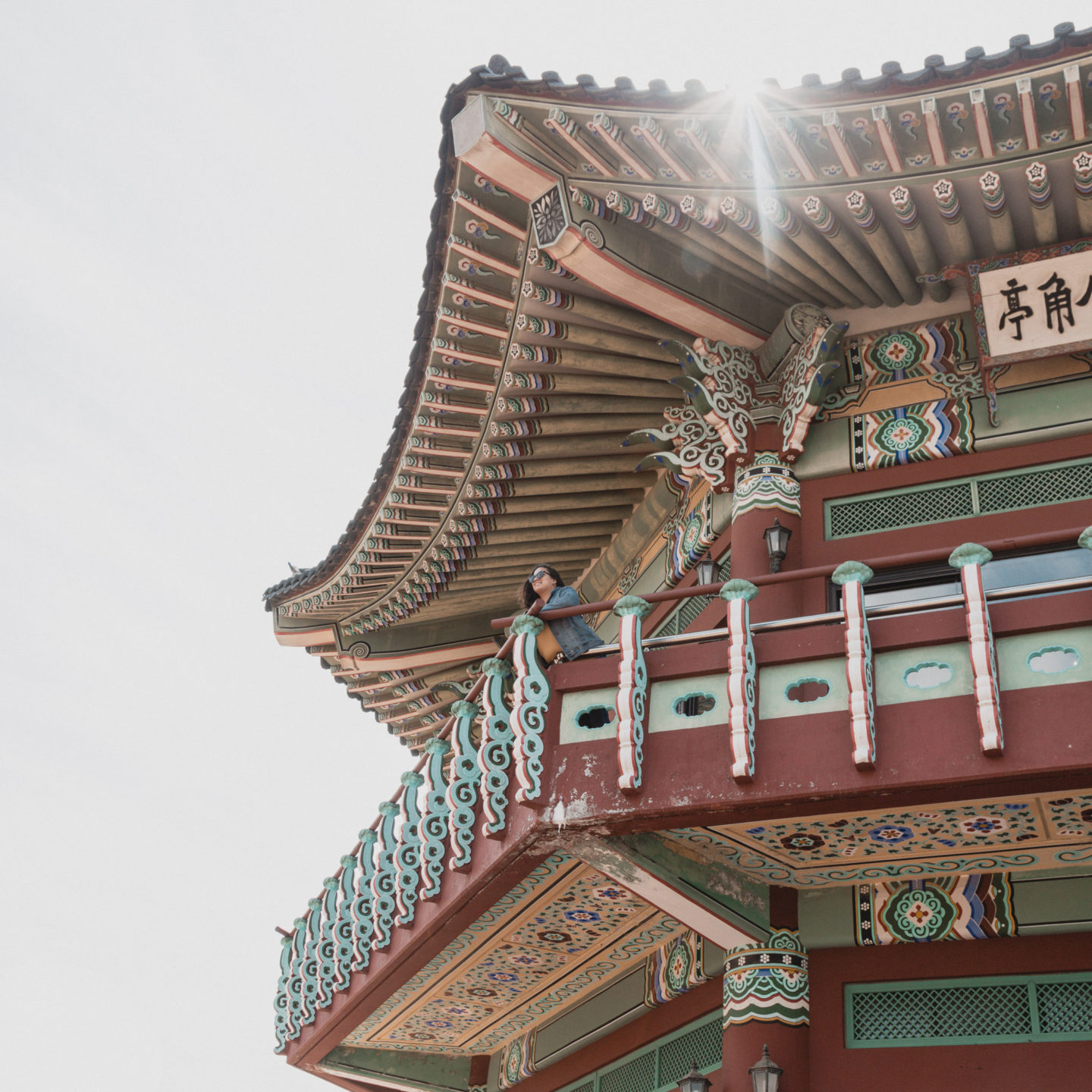 Then it was back up to Seoul for my last week in Korea! Ah it was one of those weeks where I was like, “Apart of me doesn’t want to go!” Seoul is such a fun city, and it was so nice meeting up with blogging friends while there! Hallie took me to some cool places I wouldn’t have thought to go, and then Marie was nice enough to hangout with me on my Han River cruise.

Unfortunately, I got pretty sick the whole last week, and the cold felt brutal! After Lotte World, I remember waking up and feeling like I’d been hit by a truck. Luckily, I picked up medicine ASAP instead of not doing anything until it was unavoidably bad, so it never got to the point where I need to go to the doctor’s. 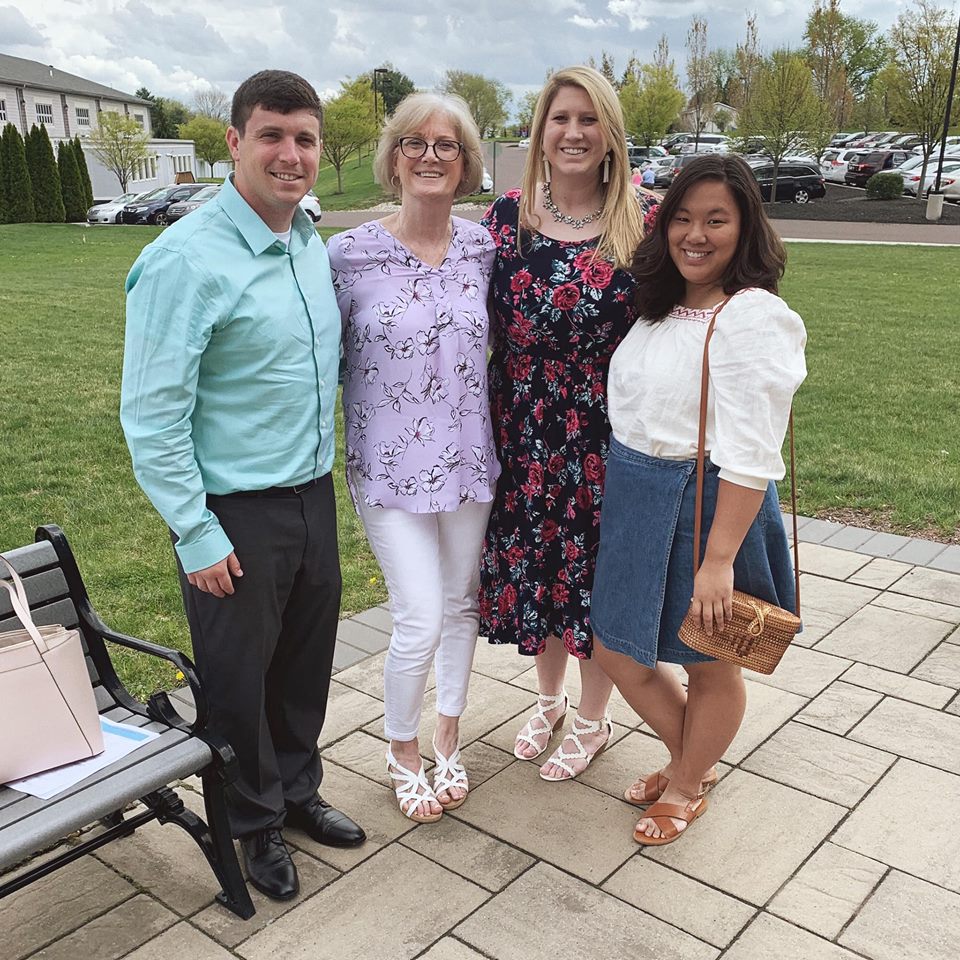 Then it’s been home the last two weeks! I housesat for a family friend as soon as I got back for a little over a week, and then I’ve been at home with my parents for the next week. Plus, everyone was home for Easter, and my sister came back the last weekend of April with her boyfriend, so we could play some Settlers of Catan! (I’m not very good at it, btw) I’m considering this my “down time” to get ahead on work before a bunch of travel in June!

Actually, yes! I’m extending my trip to Europe by a week or so to attend Experience Bucharest. I thought about doing the Experience Romania part, but I’d prefer to return to Romania on my own for at least a month or so in the future, so I’d rather spend more time getting to know Bucharest. I’m really hoping to slooooowwww my travels down this year and next. Even just two weeks is starting to feel quite short!

New Things I Did

I’m trying to think if I did anything crazy new… Not like getting a tattoo haha.

YIKES. I don’t think I’ve finished a single book this month. My poor Kindle has been sitting uncharged… I did start reading Clash of Clans, but I’ve barely made a dent. Need to start reading some more this month! I do have all the new free books from Amazon World Book Day, and a new Audible credit waiting for me… Hm hm hm.

So, since being home it’s been a mix between GAME OF THRONES and all my other TV shows I haven’t watched in the last 2 months. Which, ahem, is a lot. Here is a short list I like to watch while I’m doing anything from eating a meal, working, or, ya know, vegging out:

What I Listened to

What have you guys been up to in April?